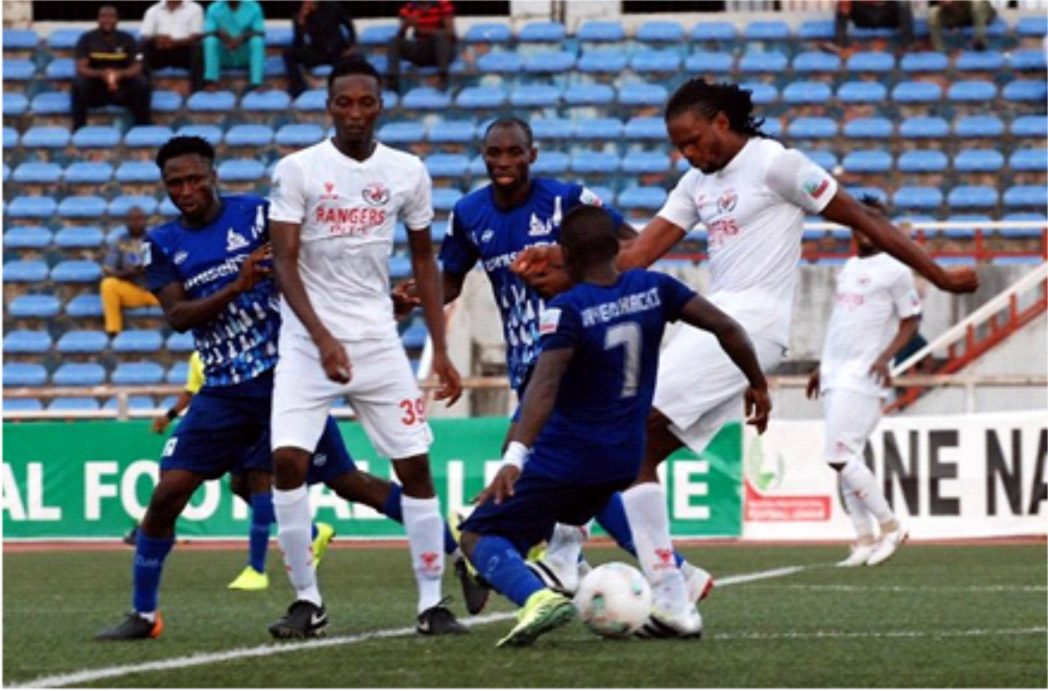 Rangers International FC of Enugu said they are optimistic of picking the maximum points over Nasarawa United FC in rescheduled Nigeria Professional Football League (NPFL) match day 14 in Lafia.
Rangers will today battle Nasarawa United in a rescheduled NPFI match day 14 in Lafia.
Speaking to newsmen in Enugu, yesterday the club Media Officer, Norbert Okolie said that the players were ready for the battle.
According to him, “ some players who spoke to me after the match against Sunshine Stars FC were optimistic of good result in Lafia.
“With moral boosting draw in a match day 21 fixture in Akure over the weekend, the Coach Salisu Yusuf tutored side is confident of grabbing the maximum points.
“Though, with the host current resurgence, it seems they have found their range with the return of long time club Chairman, Barrister Isaac Danladi.
“Two straight wins against Jigawa Golden Stars and Enyimba International in Lafia will no doubt make the Lafia faithful wish for a third win on the bounce,” he said.
He said that the club’s stand in Captain Tope Olusesi and other players were in no mood to lay low and be consumed in any venue.
Okolie said that Coach Salisu Yusuf would be having a full complement of players for the game as attacking sensation, Israel Abia was expected to be unleashed on the ‘Solid Miners.
While the club defender, Isaac Loute hope to make a return as Ibrahim Olawoyin, Chinonso Eziekwe and Ifeanyi George look good to help the club picked a win on the road.
“Sure, the host, who are with a full complement of their technical staff with the return of Coach Bala Nikyu will be looking toward the trio of Ikenna Offor, Chinedu Ohanachom and Chidi Solomon to deliver the goods upfront.
“They will also expect good coverage for Danlami Umar from the back four of Abubakar Abdullahi, Ebuka Anaekwe, Moses Tsehuan and Chineme Martins”.
Okolie said that Rangers FC would go for the points despite the sudden up rise of the host in the league.
Currently Rangers is on 15th position on the log with 25 after 18 matches while Nasarawa United 19th position with 22 points from 20 matches played.