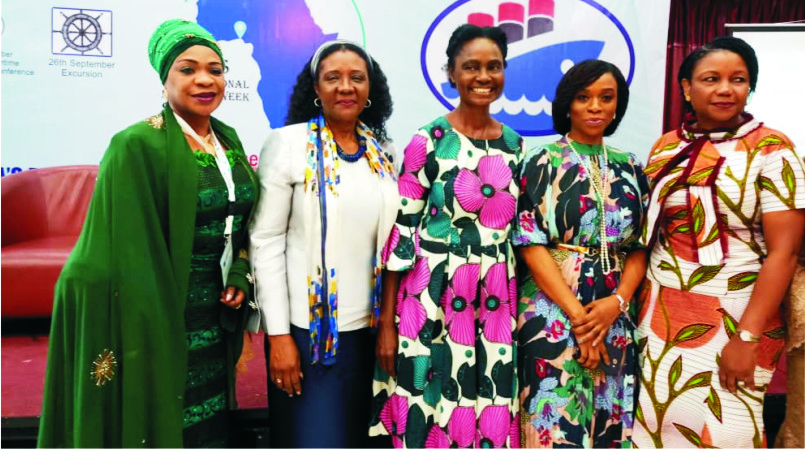 The Maritime Workers Union of Nigeria (MWUN), Rivers State Branch, has accused the Nigerian Maritime Administration and Safety Agency (NIMASA) of not training indigenous seafarers in the country.
The union also accused the Dr. Dakuku Peterside led agency of not providing jobs for competent indigenous seafarers on board vessels.
Chairman, MWUN, Rivers State Branch, Comrade Jonah Jumbo, made the accusations on Wednesday during a telephone interview with The Tide on the state of maritime industry in the country.
Jonah said over 1,000 trained indigenous seafarers are jobless in the country even with their Certificate of Competence (CoC) to man vessels.
He frowned at situations where unqualified expatriates took the jobs that should have been given to competent indigenous seafarers.
Comrade Jonah called on NIMASA to control the influx of unqualified expatriates in the maritime sector and engage indigenous seafarers in line with the law regulating the maritime sector.
“I blame NIMASA and the government for disappointing the indigenous seafarers in the region. Dakuku Peterside is not helping us”, he said.
He urged NIMASA to partner with MWUN in the area of training indigenous seafarers.
He also advised the seafarers to upgrade themselves with necessary documents so as to secure jobs in the industry.
Customs Tasks PH Area 2, Onne To Generate N140bn
The Comptroller-General of Nigeria Customs Service (NCS), Hameed Ali, has set a revenue target of N140 billion for Port Harcourt Area 2, Onne Command in Rivers State.
This is as the service has set a daily revenue target of N1.8 billion and N1.5 billion for the Apapa Area Command and Tin Can Island Port Area Command, in Lagos State, respectively.
This was contained in a breakdown of 2020 revenue targets set for the various Customs commands made available to The Tide, yesterday.
The NCS said the targets would enable it meet its N2 trillion revenue target earmarked for the 2020 fiscal year.
The Federal Government had set a revenue target of N1.5 trillion for the NCS this year but the Customs Comptroller-General jerked it up to N2 trillion.
Customs total collection in 2019 stood at N1.3 trillion.
But Ali, in a circular signed by Deputy Comptroller-General, Talatu Isa, approved the revenue targets and directed immediate implementation.
The Apapa Area Command is expected to generate N607 billion for the year while the Tin Can Area Command is expected to rake in N507 billion.
The statement added that the Tin Can Island Port Complex, Lagos is expected to rake in N238 billion.
The Customs high command said in the circular that the allocated figures were arrived at based on the peculiarities of the commands.
Recall that clearing agents under the aegis of the Association of Nigerian Licensed Customs Agents (ANLCA) had, penultimate week, vowed to resist attempts by the Customs to arm-twist traders and clearing agents in its bid to realise its self-imposed N2 trillion revenue target.
Secretary General of ANLCA, Babatunde Mukaila, said Customs should focus more on trade facilitation rather than laying too much emphasis on revenue generation.