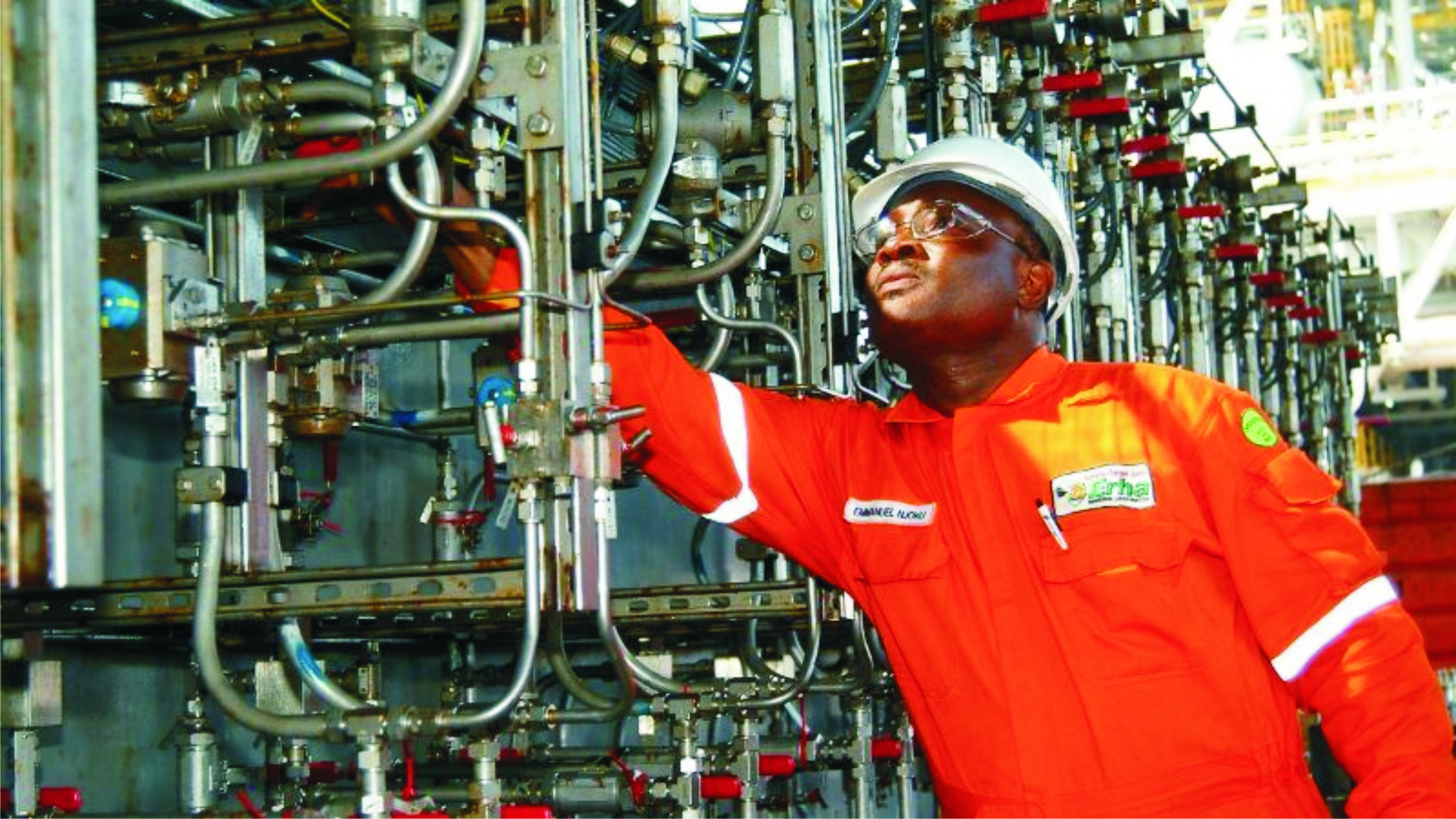 The Technical Secretary of Port Harcourt branch of the Nigeria Society of Engineers (NSE), Engineer Samuel Kwelle, has called for more drastic reforms in the power sector to address the energy needs of the people.
Kwelle who spoke with The Tide in an exclusive interview in Port Harcourt at the weekend said, “only the full liberation of the sector can raise productivity in energy generation and consumption.
“There is need for an indigenous driven power policy where Nigerian experts will be given the opportunity to make key inputs”.
The energy expert pointed out that the key to industrialisation and economic development of any society is the efficiency of the energy sector, adding that any society that depends on generator to drive its economy will fail.
“What is required for Nigeria to spin on into the global economy is to upgrade its power sector to tackle the peculiar power needs of the people. This requires drastic reforms divestment. Nigeria is yet to explore its potentials in renewable energy”, he said.
He emphasised that the Federal Government should encourage the states and other stakeholders such as entrepreneurs to be actively involved in the power sector service delivery and development.
Kwelle, who is a senior member of the American Institute of Chemical Engineers said the development of renewable energy and the non oil sectors should be given priority attention, adding that fossil oil is becoming obsolete as the global economy is geared towards the non oil sectors. 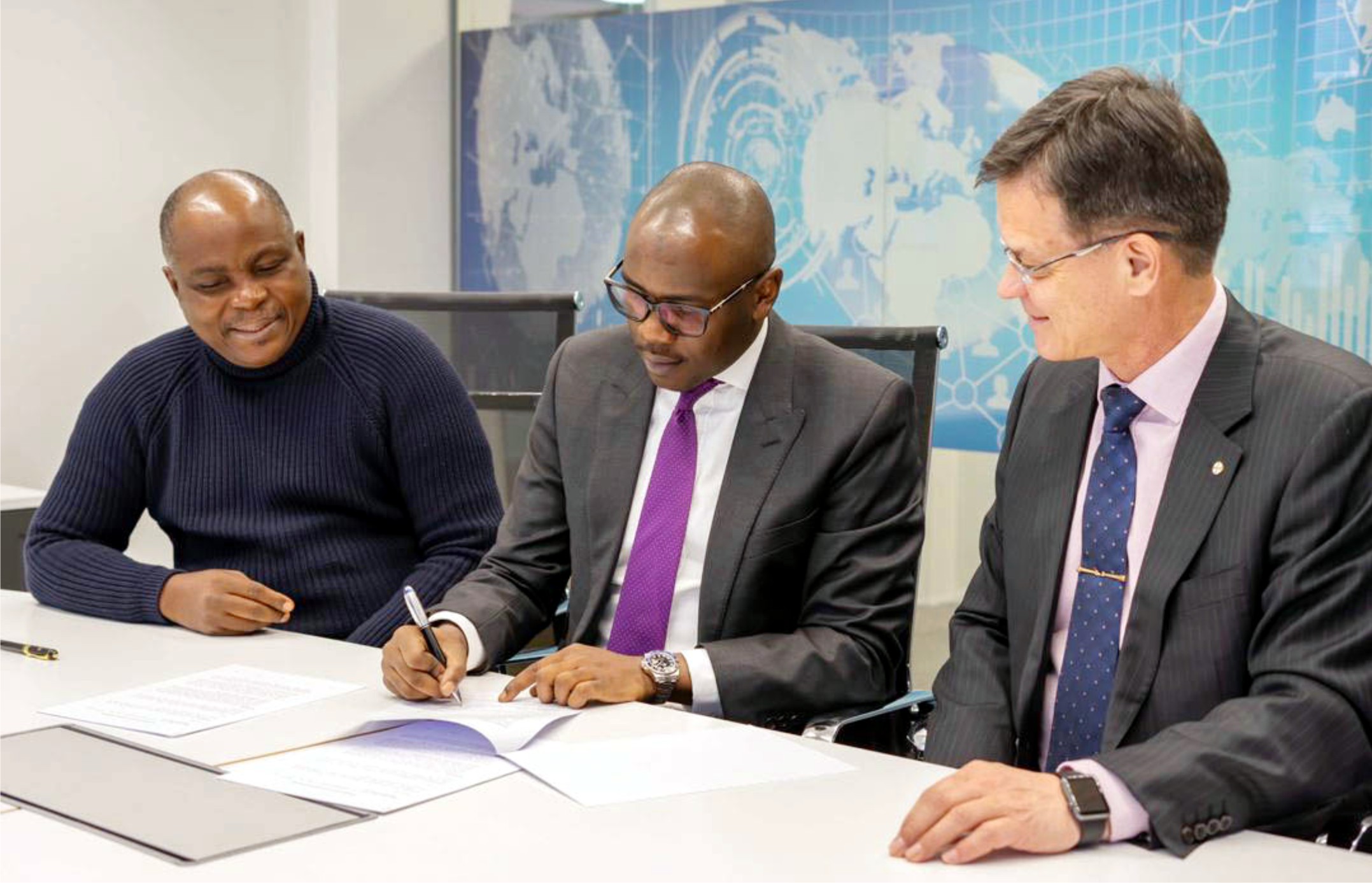 While the landing cost of petrol has tumbled on the back of the sharp drop in crude oil prices, major fuel marketers are not keen to resume the importation of the product as access to dollar is seen as a major hurdle.
The Nigerian National Petroleum Corporation (NNPC) has been the sole importer of petrol into the country for more than two years, after private oil marketers stopped importing the commodity due to crude price fluctuations, among other issues.
The federal government had on March 18, 2020 directed the NNPC to reduce the pump price of petrol to N125 per litre, noting that the expected open market price of imported petrol had fallen below N145 per litre.
The Petroleum Products Pricing Regulatory Agency said it would continue to monitor trends in market fundamentals and announce a monthly guiding/expected open market price at the beginning of every month, effective April 1, 2020.
After a meeting on March 19, industry stakeholders resolved to await the decision of the PPPRA board meeting slated for March 20 on the new petrol template for price modulation.
They declared support for the opportunity given to private sector players to resume importation of the PMS, according to a statement signed by the Major Oil Marketers Association of Nigeria, the Depots and Petroleum Products Marketers Association of Nigeria, the PPPRA and the NNPC.
“Nobody has told us where we are going to get foreign exchange from,” the Chairman, MOMAN, Mr Adetunji Oyebanji said, noting that the significant drop in the landing cost had made it profitable to import petrol.
He described the availability of dollars as critical, saying one cargo of petrol could cost up to $20m.
He said, “In the past, people would open letters of credit but they would not get the dollars to liquidate the LCs for a long time and sometimes, by the time they got the dollars from the banks, naira might have fallen. So, it means you have to go and look for more naira to liquidate the LCs.
“That is why I said availability of dollars is very key, so that when you are making the order for the product, you can make the payment immediately.”
Oyebanji noted that with the fall in crude oil prices and the actual reduction in sales, the availability of dollars would go down.
The Central Bank of Nigeria (CBN) had on March 20 adjusted the official exchange rate to N380/$1 from N307/$1, a development many analysts have described as naira devaluation.
The MOMAN boss said the adjustment would enable everyone to buy the dollar at the same rate “but the problem now is availability.”
He said the meeting held on March 20 was inconclusive, adding that the new template for petrol pricing had not been issued. 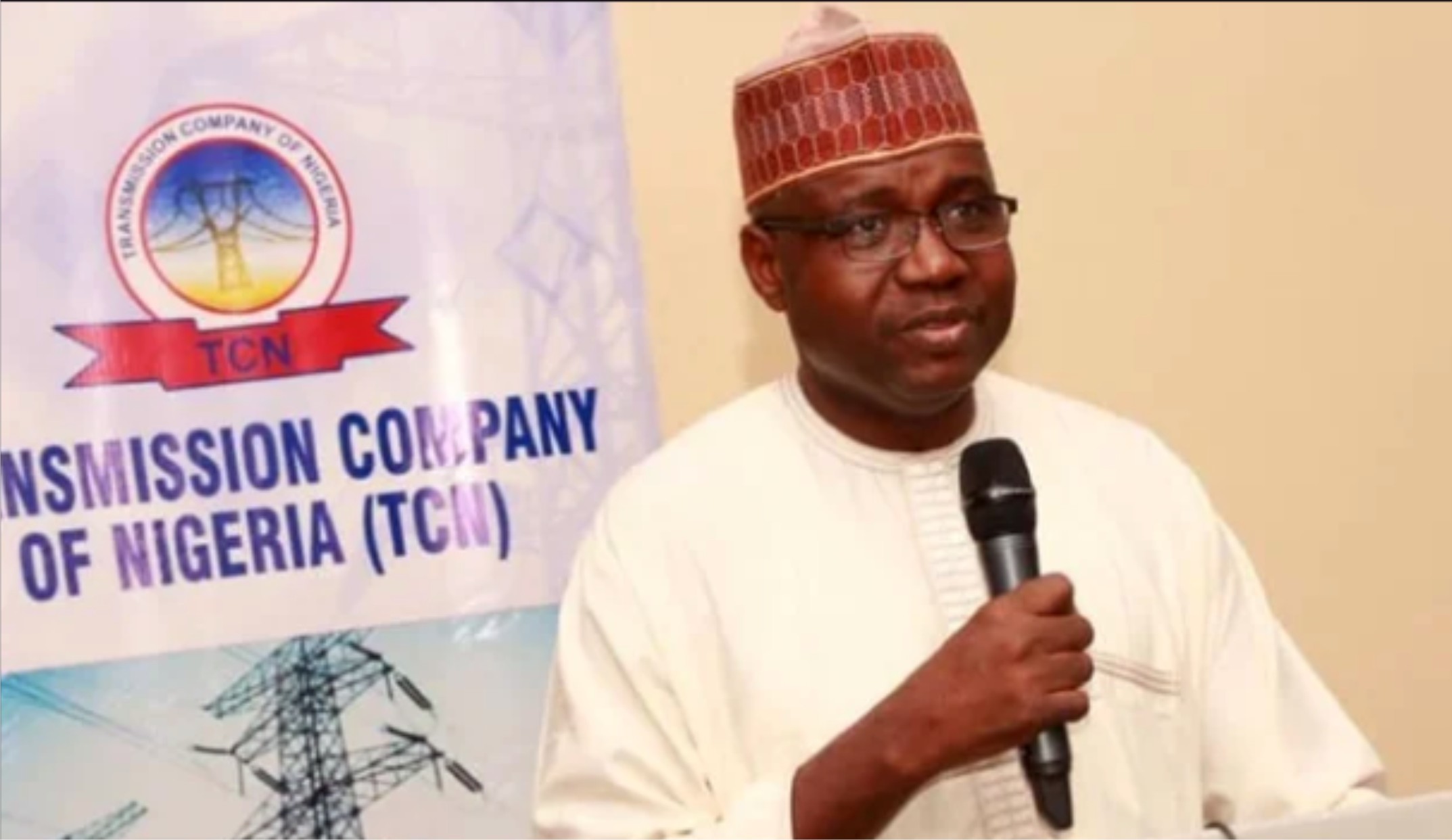 Employees of the Transmission Company of Nigeria (TCN) branch of the Senior Staff Association of Electricity and Allied Companies have vowed to sustain the evacuation of electricity despite challenges posed by the spread of coronavirus.
According to the President, TCN Branch of SSAEAC, Abidemi Dairo, the management of the transmission company has been proactive since the outbreak of the virus by ensuring the protection of workers.
Dairo disclosed this while speaking on the failure of the national body of SSAEAC to release the N25m check-off dues that was meant for the association’s branch at the TCN.
He noted that the TCN workers on essential duty had sustained the wheeling of electricity across the country to ensure Nigerians got supply, as latest industry report showed that transmission infrastructure did not hinder power generation.
The report stated that on March 27, 2020, “4,144.5 megawatts (of electricity) was not generated due to unavailability of gas.
“Zero megawatt was generated due to unavailability of transmission infrastructure, while 211.1MW was not generated due to high frequency resulting from unavailability of distribution infrastructure.”
Meanwhile, Dairo described the non-payment of the check-off dues of the TCN workers by the national body of SSAEAC as illegal.

US Crude Dips Below $20 As Lockdowns Hit Demand 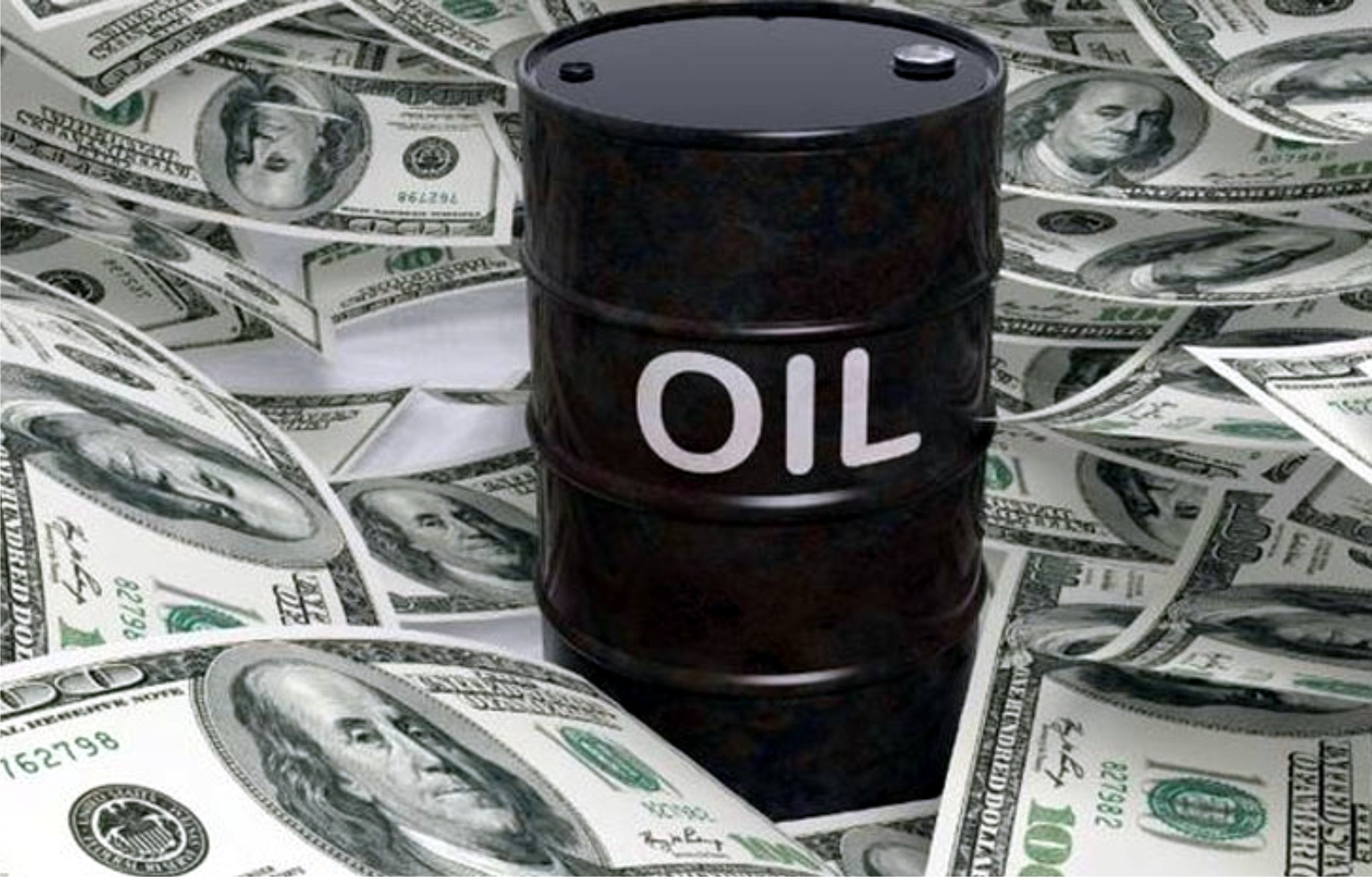 Oil prices fell sharply, yesterday with U.S. crude briefly dropping below $20 and Brent, hitting its lowest level in 18 years, on heightened fears that the global coronavirus shutdown could last months and demand for fuel could decline further.
Brent crude, the international benchmark for oil prices, was down $2.09, or 8.4 per cent, at $22.84 by 0917 GMT, after earlier dropping to $22.58, the lowest since November 2002.
U.S. West Texas Intermediate (WTI) crude fell $1.11, or 5.2 per cent to $20.40.
Earlier in the session, WTI fell as low as $19.92.
The price of oil is now so low that it is becoming unprofitable for many oil firms to remain active, analysts said and higher-cost producers will have no choice but to shut production, especially since storage capacities are almost full.
“Global oil demand is evaporating on the back of COVID-19-related travel restrictions and social distancing measures,’’ said UBS oil analyst, Giovanni Staunovo.
“In the near term, oil prices may need to trade lower into the cash cost curve to trigger production shut-ins to start to prevent tank tops to be reached,’’ he added.
Rystad Energy’s Head of Oil Markets, Bjornar Tonhaugen said the oil market supply chains are broken due to the unbelievably large losses in oil demand, forcing all available alternatives of supply chain adjustments to take place during April and May,’’ including cutting refineries runs and increasing storage.
Besides demand destruction, oil markets have also been slammed by the Saudi Arabia-Russia price war that is flooding markets with extra supply.
An official from Saudi Arabia’s Energy Ministry said last Friday that the kingdom was not in talks with Russia to balance oil markets despite rising pressure from Washington to stop the rout that has cut prices by more than 60 per cent this year.
With world demand now forecast to plunge 15 million or 20 million barrels per day, a 20 per cent drop from last year, analysts say massive production cuts will be needed beyond just the Organisation of the Petroleum Exporting Countries.
“OPEC, Saudi Arabia and Russia could mend their differences, but there’s not that much OPEC could do
“…. The demand shock from COVID-19 is just too big,’’ said Lachlan Shaw, National Australia Bank’s head of Commodities Research.
The contango spread between May and November Brent crude futures reached its widest ever at $13.45 a barrel, while the six-month spread for U.S. crude broadened to minus $12.85 a barrel, the widest discount since February 2009.
Prompt prices are lower than those in future months in a contango market, encouraging traders to store oil for future sales.
Asian shares also slipped on Monday despite the all-out efforts of central banks to bolster markets with rate cuts and asset-buying campaigns.
China’s central bank unexpectedly cut the rate on reverse repurchase agreements by 20 basis points on Monday, the largest in nearly five years, as authorities ramped up steps to relieve pressure on an economy ravaged by the coronavirus pandemic.