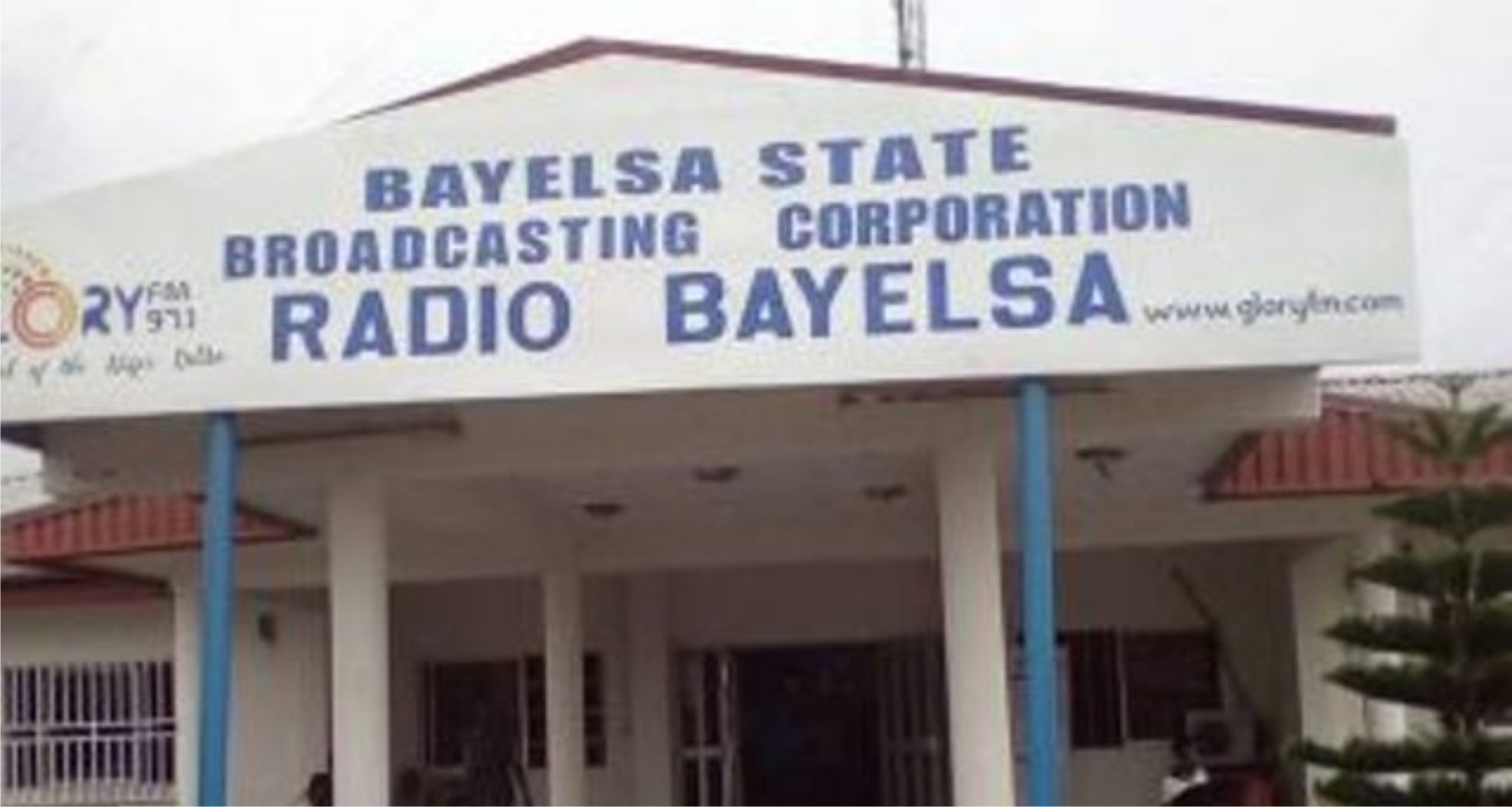 The management of Radio Bayelsa has suspended nine workers over an attack on the station by hoodlums in protest against Supreme Court’s judgment that sacked erstwhile governor-elect, David Lyon.
The General Manager, Radio Bayelsa, Mr John Idumange, in a statement, said the nine staff were advised to proceed on a one-month compulsory leave to allow the radio station to conduct a preliminary investigation into the incident.
The state-owned FM station, christened Radio Bayelsa, was amongst facilities attacked by the protesters, who also destroyed the private residences of immediate-past governor of the state, Seriake Dickson, and his successor, Douye Diri, last Friday.
Part of the secretariat of the Peoples Democratic Party (PDP) was also burnt during the protest, which made the Bayelsa Police Command to impose a three-day dusk-to-dusk curfew in the state.
Some members of the All Progressives Congress (APC) led by its Secretary in the state, Mr Alabo Martins, had on February 14 staged a protest on the streets of Yenagoa to register their grievances ahead of the swearing-in of PDP’s Diri as governor.
The apex court had ruled that Lyon’s Deputy, Degi Ereminyo, submitted forged documents which made them ineligible to contest the state’s governorship election in the first instance.
INEC, in compliance to the judgment, last Friday issued a certificate of return to the PDP candidate, who took the oath of office amidst tight security in the car park at Government House, Yenagoa.
Also, Nigeria Union of Journalists (NUJ), Bayelsa Council, in a statement, condemned the attack.
The council Chairman and Secretary, Messrs Samuel Numonengi and Ojio Ipigansi, respectively, signed the statement, urging the station to refrain from victimising union leaders without investigation.
They urged security agencies to fish out the culprits, while decrying any form of political violence.
They described the incident as very unfortunate as the radio was celebrated all over the world few days ago as a powerful medium for celebrating humanity and a platform for building a virile democracy.
“Security agencies in the state should fish out the perpetrators of the act and bring them to book in order to serve as deterrent to others in the future.
“The people of Bayelsa should learn to shun violence and see one another as brothers, irrespective of party affiliations.
“The management of Radio Bayelsa should not victimise union members of the station by accusing them of the violent attack but allow the police to do their job,” the statement read in part.
Two of the suspended staff are chairmen of Radio Bayelsa chapter of NUJ, and Radio and Television and Theatre Workers Union (RATTAWU).