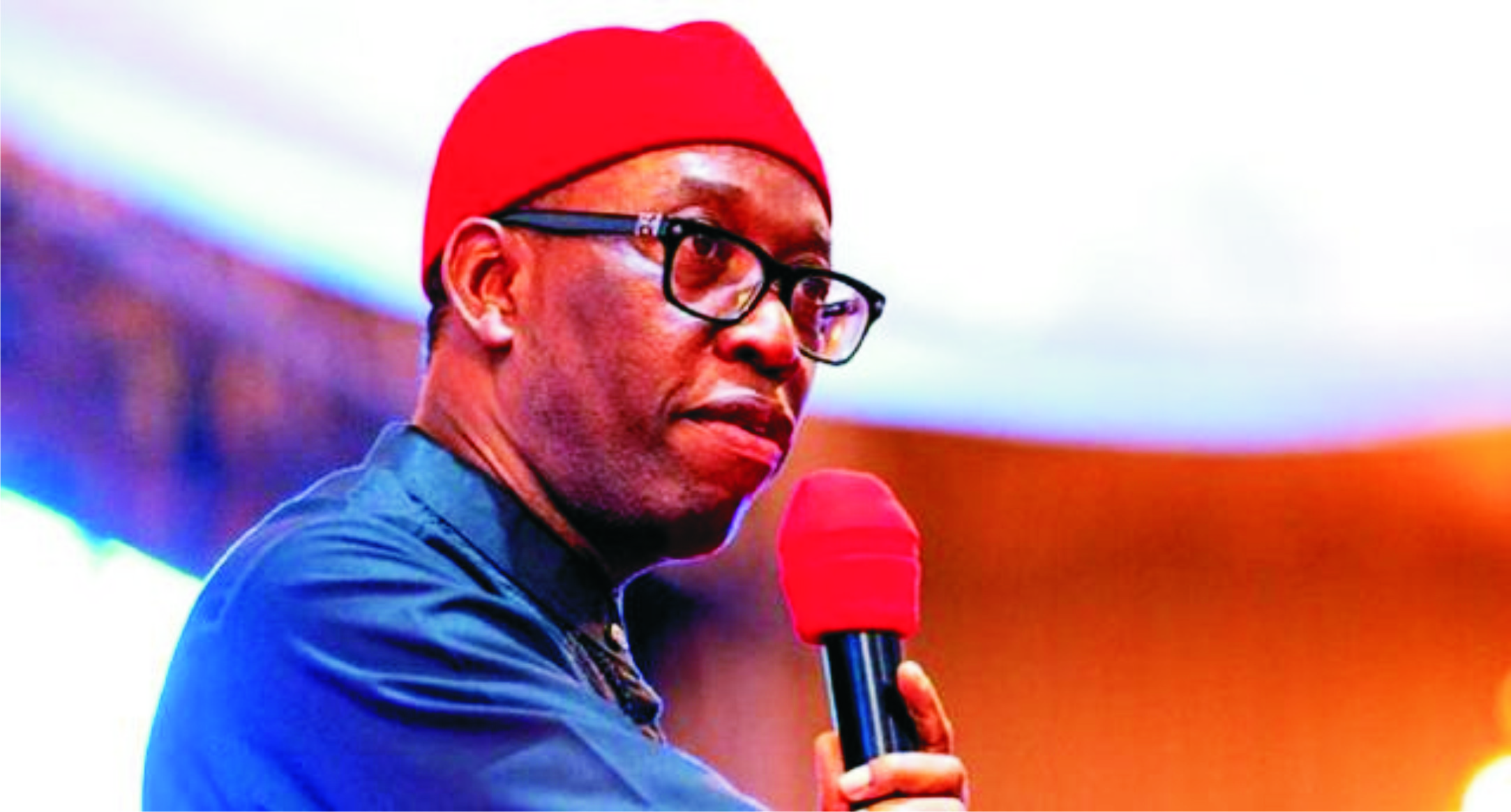 Governor of Delta State, Senator Ifeanyi Okowa, yesterday commended the Nigerian Army and the Police for their prompt intervention in the clash between suspected herdsmen and Uwheru communities in UghelliNorth Local Government Area.
In a statement by his Chief Press Secretary, Mr Olisa Ifeajika, the governor expressed gratitude for the peace that had been restored to the communities through the instrumentality of the security agencies.
He, however, said that he was saddened by reports of persons, including security agents, feared to have lost their lives.
Okowa restated the confidence of the state government in the security agencies to rise to security challenges in the state, adding that at no time did he link the crisis in the communities to the involvement of the military or other security agencies in the state.
He thanked the army authorities for the sustained support to the state in providing security and protecting public facilities across the state.
The governor called on the communities affected in the crisis to maintain the peace that had been restored, assuring that the security agents would investigate the cause of the clash and bring the perpetrators to justice.
However, the governor decried the attackes on Avwon, Agadama, Ohoror and other communities of Uwheru Kingdom, Ughelli North Local Government Area of the state.
According to reports from the communities, herdsmen accompanied by unidentified army personnel stormed the communities in an unprovoked attack that has become an annual routine, killed no fewer than eight persons and injured many others.
The reports revealed that the crisis started last Thursday and that as at Saturday, lives and property, including farms, had been lost. 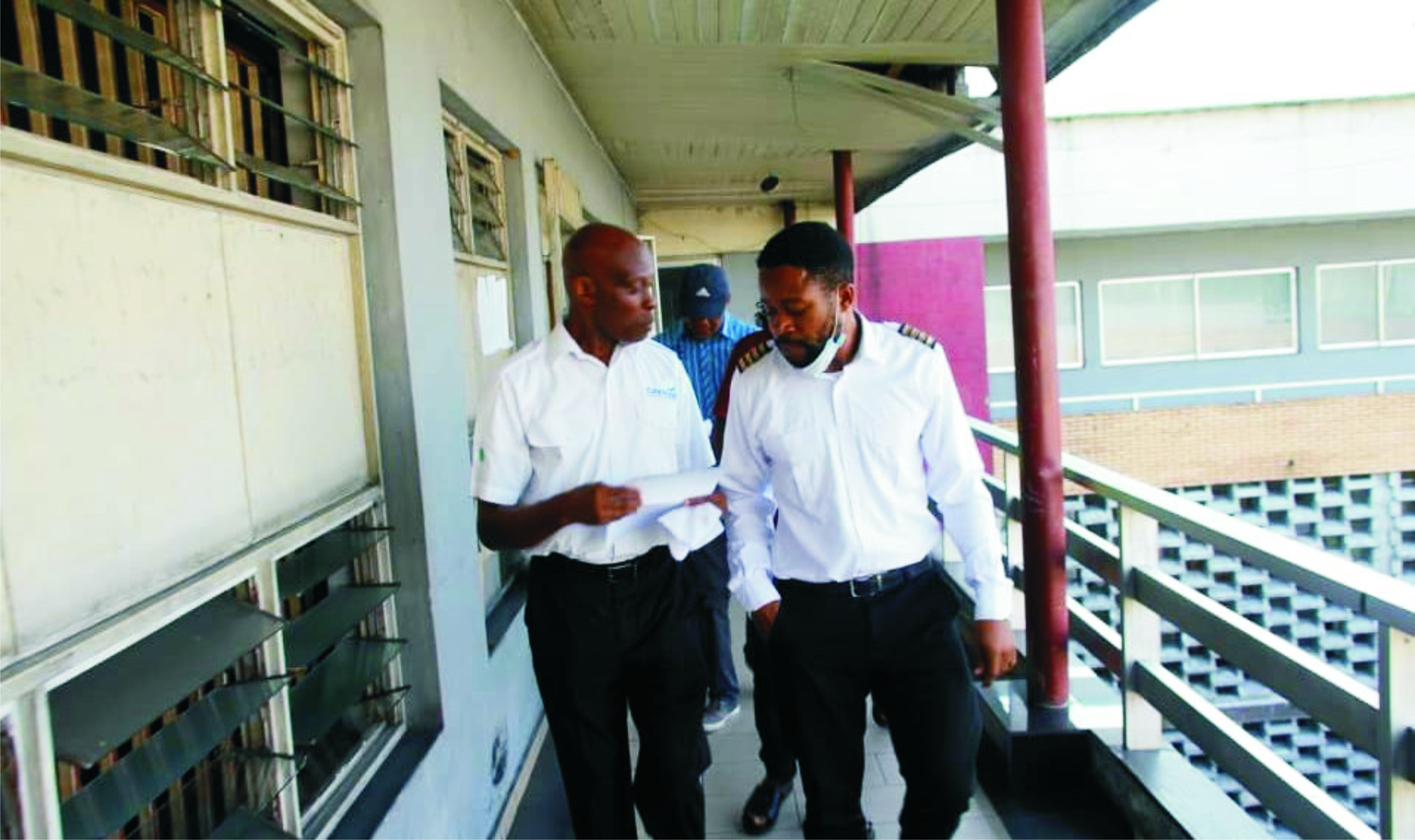 The Rivers State Government has announced that the two pilots arraigned before a Chief Magistrate Court for contravening the Executive Order signed by the Rivers State Governor, Chief Nyesom Wike, to check the spread of the novel Coronavirus are being detained at a state government facility for the protection of inmates of Port Harcourt Correctional Centre.
In a statement, the Rivers State Attorney General and Commissioner for Justice, Prof Zacheaus Adangor said the two Caverton Helicopters’ pilots remanded by a Magistrate Court, last Tuesday, were not sent to the Port Harcourt Correctional Centre but were quarantined in Delta Hotels.
Adangor explained, “after the demands were made, I had to return back to the court, and applied for a variation of that order changing the place to any Rivers State Government facility, including Delta Hotels. The court considered that, and granted that application for variation.”
He maintained that ab initio, the state government knew that remanding the pilots in the Correctional Centre would jeopardise the lives of inmates and would put the lives of its citizens at risk.
Currently, he said, the two pilots are being attended to by health officials attached to COVID-19 medical team, to monitor them and ensure they are isolated to ascertain their health status.
“The truth of the matter is that the Honourable Attorney-General of Rivers State applied for and obtained a variation order from the Chief Magistrate Court, Port Harcourt, changing the place of remand from the Port Harcourt Correctional Centre to any Rivers State Government-owned facility or building including Delta Hotels, GRA, Port Harcourt.
“Based on that order of variation of the remand order, the two pilots are being remanded at Delta Hotels, Old GRA, Port Harcourt, and are attended to regularly by medical personnel attached to the Rivers State COVID-19 medical team.”
The statement added: “For the avoidance of doubt, we want to restate that none of the two pilots spent a second at the Port Harcourt Correctional Centre. 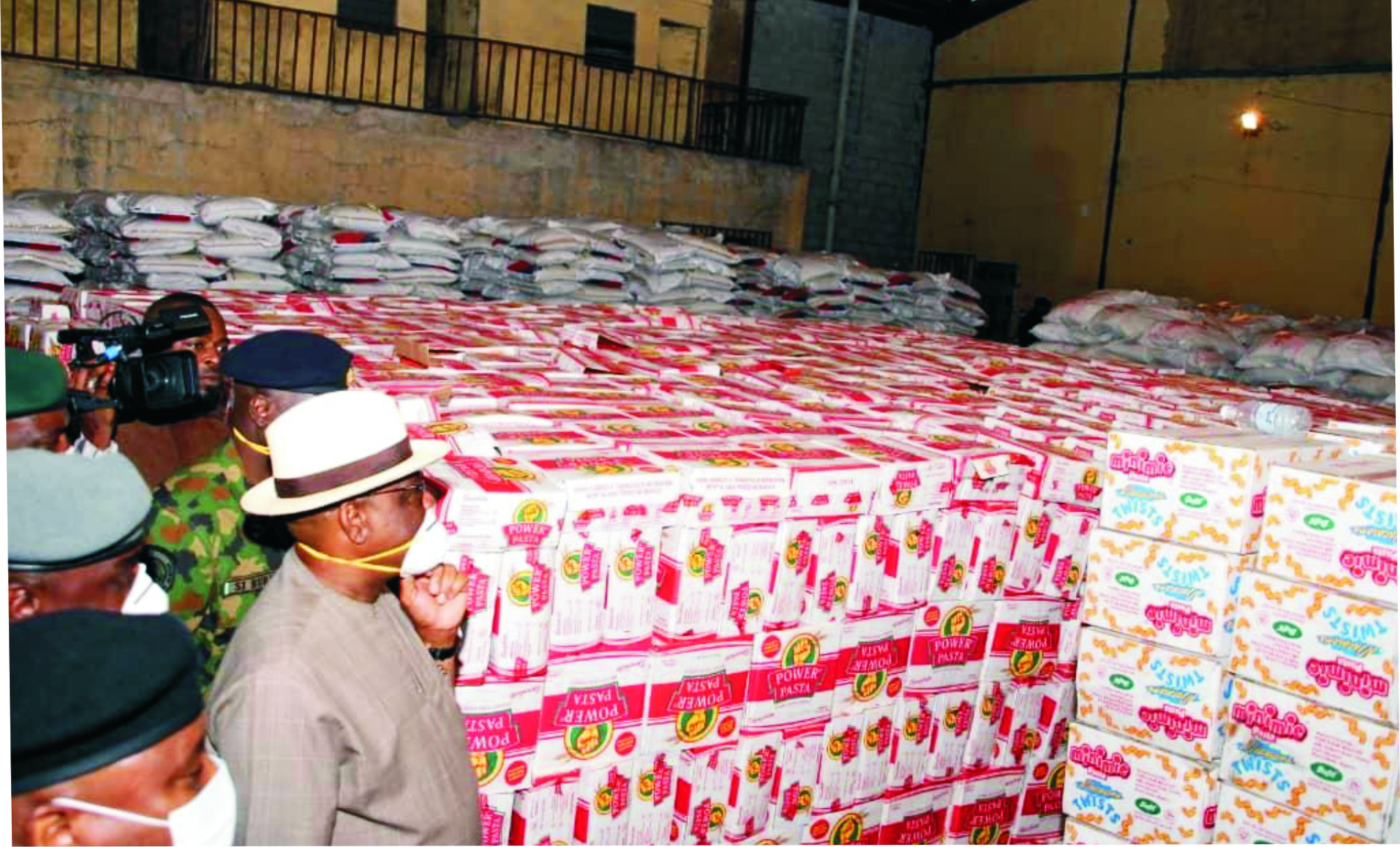 The COVID-19 Palliatives Distribution Committee in Rivers State has commenced the distribution of foodstuffs in Obio/Akpor Local Government Area (LGA), aimed at cushioning the effects of the Stay-at-Home order by the state government and closure of markets across the state.
Making the presentation of the food items to representatives of the various wards in the LGA, Chairman of the committee, Amb Desmond Akawor, noted that the gesture was in accordance with the covenant the state Governor, Chief Nyesom Wike has with Rivers people.
According to the chairman, it is also done in acknowledgement of the fact that everything possible has to be done to prevent the ravaging COVID-19 pandemic from either infecting anyone in the state or spreading, knowing how vulnerable the state was.
“We are well aware of the prevailing global COVID-19 pandemic that is ravaging the whole world. Our Governor, Chief Nyesom Wike was the first governor in the country that had the political will to lock down our environment, so that the spread of this virus will not extend to Rivers State.
“With all the entry points from other parts of the world into Rivers State, through the sea and international airport … For us, we consider it as a covenant he (governor) has made with Rivers people to protect their life.
“Due to the excruciating pains Rivers people are going through because of the closure of markets, the governor has considered it necessary for food items to be made available to communities. We started with the social welfare homes”, he said.
Handing over the food items to the representatives of the various wards, which included clergy men, youth leaders, and leaders of gender groups, Akawor urged them to ensure that the items get to the downtrodden in their midst, saying that the process would be monitored to ensure that the aim was not defeated.
In each ward visited, the clergy men among them spoke on behalf of the recipients, thanking the state government for the timely response and provision of supplies to enhance the welfare challenges communities have been faced with in terms of food, with a promise that it would get to everyone in their domains.
Akawor was accompanied by members of the committee, comprising religious and political leaders, non-partisan and military personnel.
The distribution continues, today, to other parts of the 23 local government areas of the state.
“We are proceeding to all wards, what we are doing is that we are handing over these items to the community leaders. It has no political undertone”, Akawor added.
However, the Rivers State Government, yesterday, concluded the distribution of palliatives to the different wards of Obio/Akpor Local Government Area.
This is in order to cushion the effect of measures in place to check the spread of Coronavirus.
The Chairman of Rivers State COVID-19 Palliative Committee, Amb Desmond Akawor, stated that the committee has involved traditional rulers, clerics and civil society leaders to ensure that the foodstuffs get to the people.
Speaking at the Palace of Nye-Weli of Akpor Kingdom, Amb Desmond Akawor, said the driving force for Governor Nyesom Wike was his determination to serve Rivers people.
At the Obio/Akpor Local Government Council Secretariat, Amb Desmond Akawor urged those sharing the palliatives to work in line with the dream of the governor to reach out to everyone.
Nyeweli of Akpor Kingdom, Eze Aniele Orlu Oriebe expressed appreciation to the Rivers State governor for investing in the welfare of Rivers people.
He said that the foodstuffs donated by the Rivers State governor will solve the problem of hardship and hunger being faced by the people during the implementation of the COVID-19 precautionary measures.
In his remarks, Rev. Cannon Chukujekwu Okoli thanked the Rivers State governor for the kind gesture, saying that God will be with him.
He prayed God to grant the governor the strength and courage to continue to reach out to the downtrodden affected by the measures aimed to check the spread of Coronavirus.

COVID-19: US Repatriates 997 Citizens Back Home 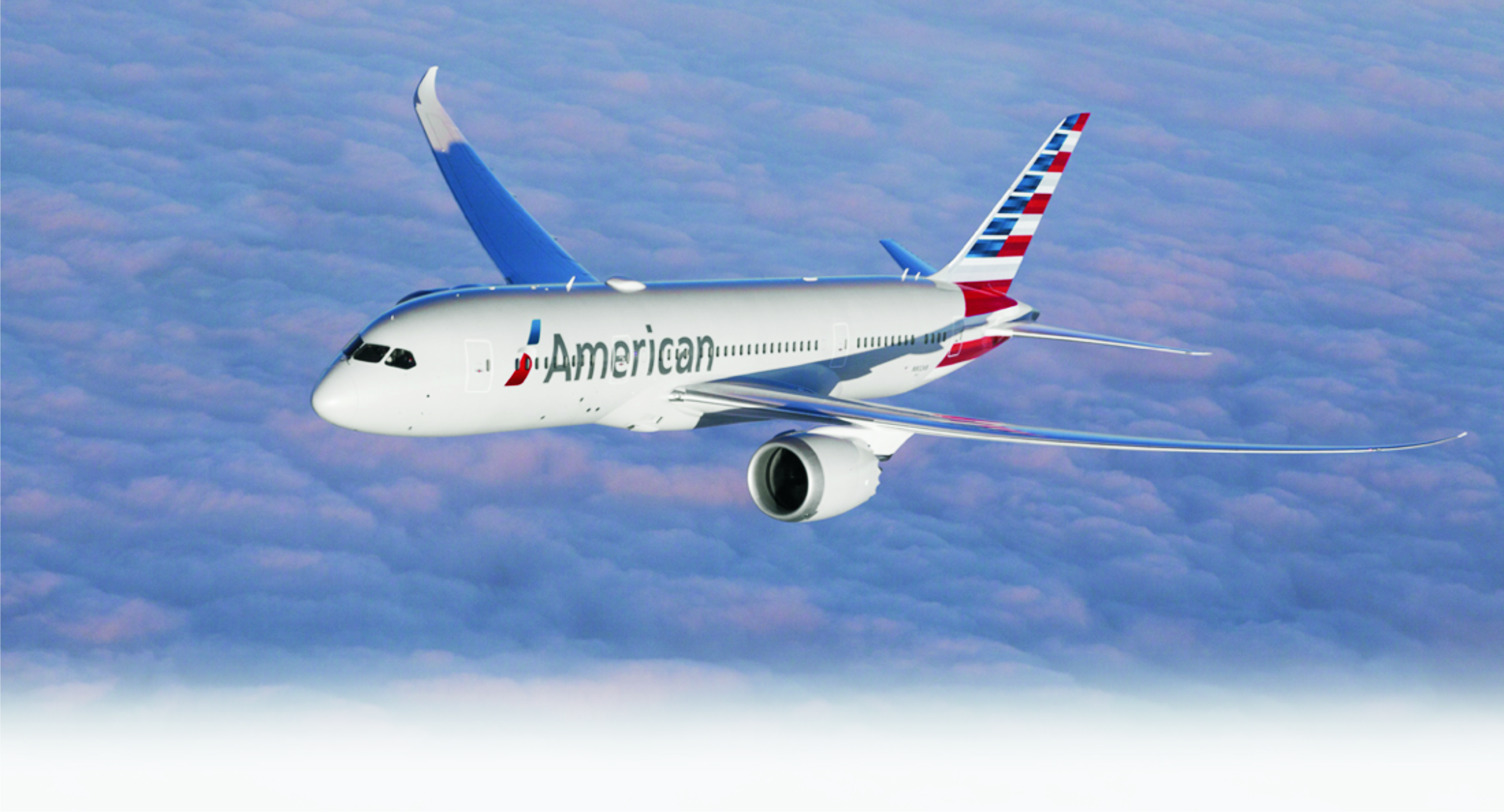 The United States Mission in Nigeria has helped 997 Americans return home to reunite with family and friends during this time of unprecedented challenge posed by the COVID-19 pandemic.
From April 6-8, three U.S. Consulate-organized chartered flights operated by Delta Airlines and Ethiopian Airlines repatriated 850 American citizens from the Murtala Mohammed International Airport, Lagos, to the United States.
This is in addition to the 147 U.S. citizens who departed Abuja on April 4.
A statement by the US Mission in Nigeria, made available to The Tide, yesterday, indicated that, “These repatriation flights were made possible by a tremendous effort by the U.S. Consulate team and great cooperation from Nigerian partners, including the Ministry of Aviation, Federal Airport Authority of Nigeria (FAAN), the Nigeria Immigration Service, and the Lagos State Government.
“The State Department’s effort to bring Americans home during the COVID-19 pandemic has required a remarkable diplomatic and logistical effort. As of April 8, 2020, the Department of State has coordinated the repatriation of 50,339 Americans from 94 countries since January 29, 2020,” it added.
The United States Consul General, Claire Pierangelo, noted in the statement that “in times of emergency, the United States Department of State has no greater priority than the safety and security of U.S. citizens overseas.
“This has been three weeks in the making. We had more than 50 people working on this on a daily basis to make sure that we can find the Americans, get the planes, secure flight clearances for the planes to land here, and also ensure safe passage of the Americans travelling to the airport since the city is on lockdown.
“It was an enormous effort, and I am incredibly proud of my team. We appreciate all the help from our Nigerian partners. We couldn’t have done this without them,” Pierangelo said.
She noted that U.S. Mission remains committed to working closely with the Government of Nigeria and the various health authorities to keep everyone healthy and safe amid the COVID-19 pandemic.
It would be recalled that the U.S. government has pledged more than $7million in health and humanitarian funding to Nigeria in response to the pandemic that will go toward risk communication, water and sanitation activities, infection prevention, and coordination.
This assistance joins more than $5.2billion in health assistance and more than $8.1billion in total assistance for Nigeria over the past 20 years.
The United States is providing nearly $274million to help dozens of countries to combat the novel Coronavirus (COVID-19), furthering America’s commitment to humanitarian assistance and global health.
The U.S. citizens who remain in Nigeria seeking COVID-19 information are encouraged to enroll in the Smart Traveler Enrollment Programme @step.state.gov and check the U.S. Mission Nigeria website and social media handles for messages and updates.