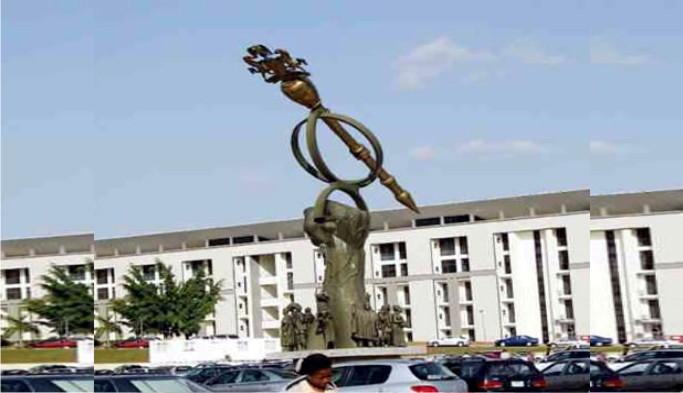 Twenty one members of the Imo State House of Assembly including the Speaker, Rt. Hon. Chiji Collins, have asked that the Resident Electoral Commissioner, Prof. Chukwuemeka Ezeonu and the Returning Officer of the 2019 Imo governorship election, Prof. Francis Otunta be prosecuted for violating the electoral act by illegally declaring Emeka Ihedioha of the Peoples Democratic Party winner of Imo governorship election.
This call was contained in a motion moved by the member representing Obowo state constituency, Kennedy Ibeh and cosponsored by twenty other members.
Leading debate, Kennedy Ibeh stated that the country’s constitution has made it clear that the Supreme Court is and remains the highest arbiter of the judiciary hence, its pronouncements are final.
He cited the electoral requirements, which will satisfactorily qualify one to be declared winner of an election. That, he insisted were not met by the PDP candidate, Emeka Ihedioha, querying the audacity of the presiding REC and RO to have declared him (Ihedioha) winner.
According to the motion, the one-fourth constitutional spread as enshrined in the electoral act was not considered by the electoral umpire.
In the same vein, he asked that a vote of confidence be passed on the Apex Court for rekindling the hope of the people by restoring senator Hope Uzodinma as the true winner of the election.
Frank Ugboma of Oguta state constituency spoke in contrary, reminding members of the sacrosanct nature of the law which does not permit the legislative arm of government to pass a vote of confidence on the executive.
He spoke when over twelve members had supported the motion and the speaker, Chiji Collins put the debate to vote, the I’s had.
Meanwhile, among other members who decamped to the ruling APC are Samuel Otuibe of Ahiazu-Mbaise state constituency from the PDP and his Orlu counterpart, Pascal Okolie as well as Uju Onwudiwe of Njaba who defected from the Action Alliance.
The lawmakers entrance to the APC yesterday increased the number of defectors so far to twenty one.

Senate Explains Why Buhari Has Not Sacked Security Chiefs

Borno Killings: Senate Directs Army To Set Up Base In Auno Community