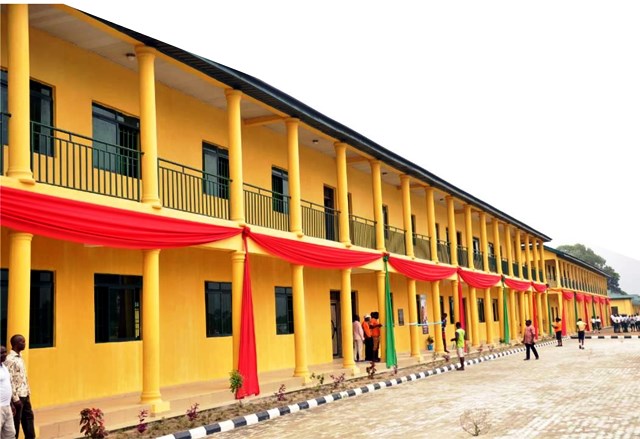 Real estate practitioners have reacted to the plan by the Rivers State Government to sell off the abandoned seven-storey Stock Exchange building in Port Harcourt.
The building which is located near the Federal Mortgage Bank of Nigeria, along Port Harcourt-Aba Express Road, Port Harcourt has been abandoned for some years.
Former Chairman, Nigerian Institute of Builders (NIOB), Rivers State Chapter, Mr Akinola Bammeke in his reaction, stated that it was a right step by the state government.
Bammeke expressed fears that the integrity of the building might be compromised if it remains abandoned, saying the government’s decision to sell the building off was the proper thing to do.
According to him, “as different weather conditions continuously beat on it year in, year out, wear and tear would easily set in, thereby causing the materials to wear thin especially if inferior quality materials were used.
Speaking in the same vein, the 1st Vice President of the Nigeria Institute of Estate Surveyors and Valuers (NIESV), Mr Emma Okahs Wike said it was commendable that the state government has decided to sell off the building.
According to him, allowing the building to continue to lie fallow would make it to deteriorate and lose its investment value.
He, however, advised the state government to involve registered estate valuers to add professional guidance and advice in the entire process.
“That’s an investment property; now that they’ve decided to sell off the property, first thing they need to do is to consult an estate surveyor and valuer who will carry out the evaluation to sell. After that is done, they can now put the property on the market and also consult professionals in an agency, that is, to be able to sell and get the highest use of their investment.
“How much are they selling? And are they selling? Because that would enable them know whether it is a good decision to sell or not to sell, because if your investment is higher than the market price, today you should look for a way either to complete the property or to look for private partnership arrangement where people can also buy into the investment and complete the property”, he said.