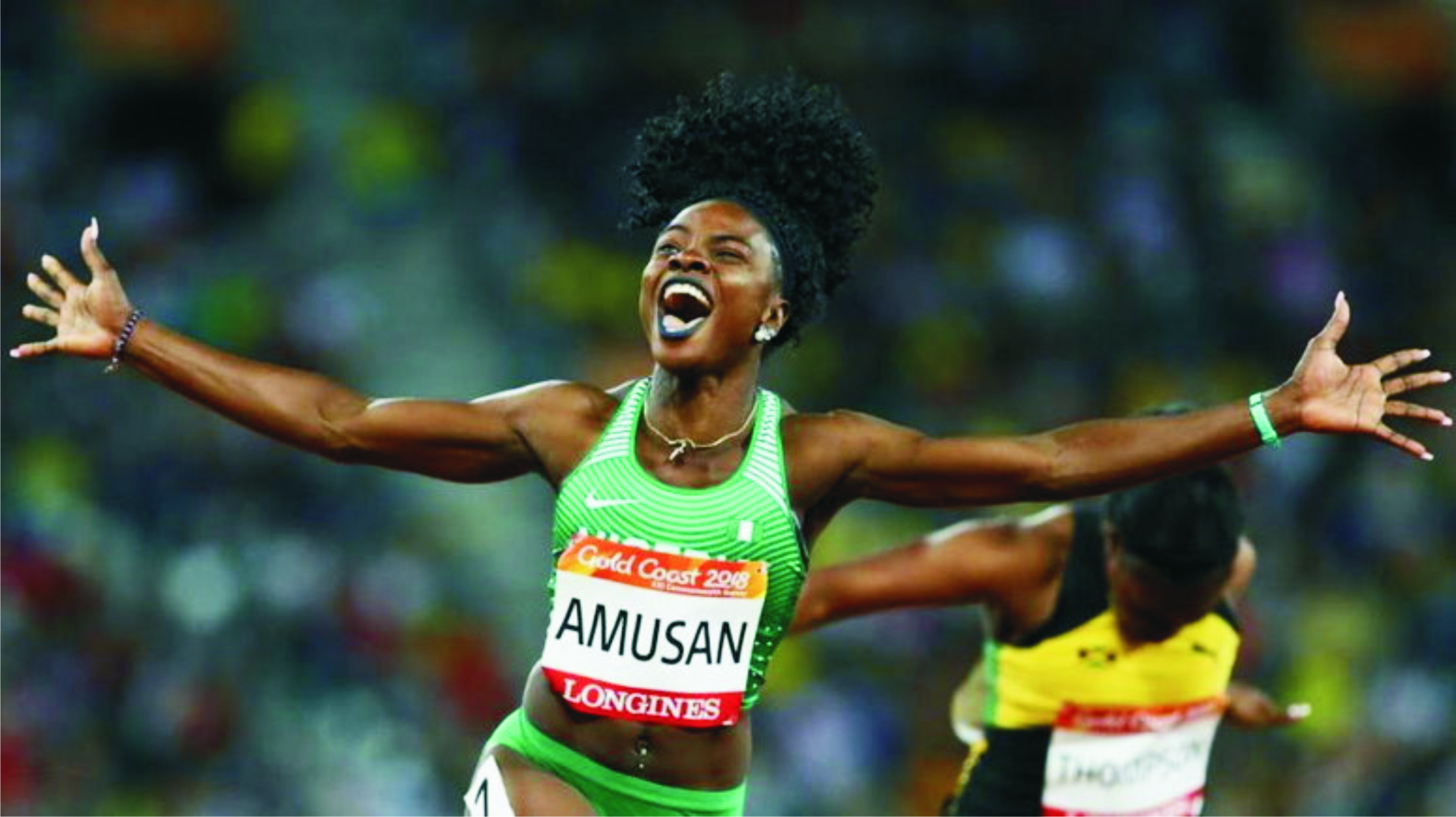 Sprint hurdler, Tobi Amusan has finished second with a time of 7.89 seconds at the 2020 World Athletics Indoor Tour’s Orlen Copernicus Cup in Torun, Poland.
Tidesports source reports that Amusan finished in second place behind Talay Alina (7.87 seconds) of Belarus in the women’s 60 metres hurdles.
Amusan raced inside 7.90 seconds for the third time this season following her 7.89 seconds run Saturday evening, as the 2020 World Indoor Tour made its fourth of seven stops at the Copernicus.
Amusan’s time was second best on the night behind Belarus’ Alina Talay who ran 7.87 seconds with USA’s Christina Clemons third (7.89 secs).
The reigning Commonwealth Games 100m hurdles queen got seven points for her effort, which pushed her closer to the top of the 60m hurdles standings with 22 points, two behind Christina Clemons of the U. S.
She will now look to move into top spot in the standings next Saturday at the Emirates Arena where the Muller Indoor Grand Prix will hold in Glasgow, Scotland.
Tidesports also reports that Amusan is the second Nigerian to make headlines in the 60m hurdles indoors, after Glory Alozie who ran 7.82 seconds 21 years ago in Madrid, Spain to set a new African record.
That feat made her the first African woman to run inside 7.90 seconds in the event, while Amusan became the second African woman to run a 7.8 seconds in 2018.
Amusan has now broken the 7.90 seconds record four times so far in her career.
Also, Nigeria’s Ese Brume finished in second place behind Ukraine’s Maryna Bekh-Romanchuk in the Women’s Long Jump event.
After six jumps, Brume jumped a new Indoor Personal Best (PB) of 6.62m to see her finish second in the Women’s Long Jump event at the Orlen Copernicus Cup.