The Police in Akwa Ibom State has busted child trafficking and theft syndicate who take possession of pregnant girls until delivery and sell out the babies reportedly at the rate of N400,000 and N300,000 for male and female respectively. in Oruk Anam council of the oil-rich state.
The suspects are one Ndukeabasi Ndianabasi Okon, of Nung Ukim village Uyo and her husband one Ndianaabasi Okon, who is now at large.
Police Public Relations Officer, Frederick N-Nudam, Chief Superintendent of Police, who made the disclosure said the police acted on a tip-off, immediately swooped on the ‘’babies factory’’, rescuing two pregnant teenage victims, one Peace Okon Sunday, 17, from Eka Ediene Village and Esther Victor Jeremiah 15, of Ikot Inyang Village.
According to him, the female suspect during interrogations confessed that she and her husband now at large have been in the illicit business since 2016, adding that they normally sell male and female children at the rate of N400,000 and N300,000 respectively.
CSP N-nudam also disclosed that a combined team of Itu Division and Anti-Child Theft equally intercepted an 18-seater a bus with registration number YEN 709 XA, conveying six underage children and that during investigation, the suspects, one Esther Asuquo Akpan, 42, and Otobong Solomon Akpan 21, confessed that they were taking the victims to Osun State for child labour.
The victims included, Elisha Joseph Akpan, 12, Emmanuel Peter Edim, 14, Elijah Victor Michael, 15, Saviour Etete Amos, 16, Effanga Asuquo Etim, 16, David Sunday Akpan, 16, all male of Akpabuyo, Cross River .
He said the command had transferred the children to Ministry of Women Affairs for custody, while the suspects were charged to court.
Meanwhile, the police have also arrested one Peace Bassey Okon who allegedly abducted one Joy Effiong Ekpeima, 16, and Peace Effiong Ekpeima, 17, in November 2019 and took them to her sister’s house in Ogun State, denying them access to contact their parents even as she subjected them to forced labour and exploitation.
He said: “During questioning, suspect admitted sending the victims to her sister without their parents or guardians’ consent.
“Investigation revealed that the suspect took advantage of the victims being dropped out of school occasioned by their parents inability to pay their school fees and abducted them for forced labour
“In view of the above, operatives proceeded to Ogun State and arrested the suspect’s sister, one Sandra Bassey who took custody of the victims. Suspects have been charged to court.’’

The Movement for the Survival of the Ogoni People (MOSOP) has called for the support of the Federal Government to MOSOP’s initiatives at resolving the lingering Ogoni conflicts.

This follows the overwhelming approval of a proposal for the establishment of the Ogoni Development Authority on Sunday.

President of MOSOP, Fegalo Nsuke, speaking during the presentation of the proposal before the MOSOP Executive Committee, said MOSOP was fully committed to a resolution of the Ogoni problem and needed the goodwill of the Federal Government to push forward the plans and proposals.

The Ogoni Development Authority is a creation of the Movement for the Survival of the Ogoni People (MOSOP).

Nsuke also called for the exoneration of Kenule Beeson Saro-Wiwa and eight others executed with him on November 10, 1995 to build goodwill from the government, garner support for the proposed development plans, and encourage the Ogoni people to push the proposals through.

“The exoneration will provide the goodwill needed to push forward the proposals for Ogoni development and encourage the Ogoni people to support the plans and initiatives,” he said.

Nsuke assured the Ogoni people of MOSOP’s commitment to resolving the Ogoni problem in a way that fulfills the intentions of the founding fathers of the Ogoni struggle and brings happiness to the larger Nigerian society.

“The goal of the movement at the moment is to clear the names of Ken Saro-Wiwa and move forward to achieve an acceptable solution to the Ogoni problem. We will therefore call for the support of the Ogoni people to achieve the most rewarding deal” Nsuke said.

He commended the Ogoni people for their peaceful disposition and commitment to the struggle for human rights, dignity of peoples and minorities, and for a better future for the Ogoni people and assured them that their sacrifices and contributions can never be in vain.

The proposal for the establishment of the Ogoni Development Authority was presented by the President of MOSOP, Fegalo Nsuke.

It went through a robust debate after which the MOSOP Executive Committee unanimously agreed to establish the Authority which would be charged with planning and implementing the development programme for Ogoni.

Nsuke further said development in the perspective of MOSOP was not awarding contracts for road construction.

He said that it will not be an easy task to change the Ogoni society which had been a victim of divide and rule from Shell and people with personal interests to control the Ogoni oil and gas resources.

He, however, assured that MOSOP will be fully committed to what is good for the Ogoni people.

Nsuke noted that with the support of the larger majority of Ogoni people, the goal will be achieved seamlessly and the Ogoni people will ultimately reap the rewards of their struggles.

The full details on the proposed Ogoni Development Authority will be made public in October. 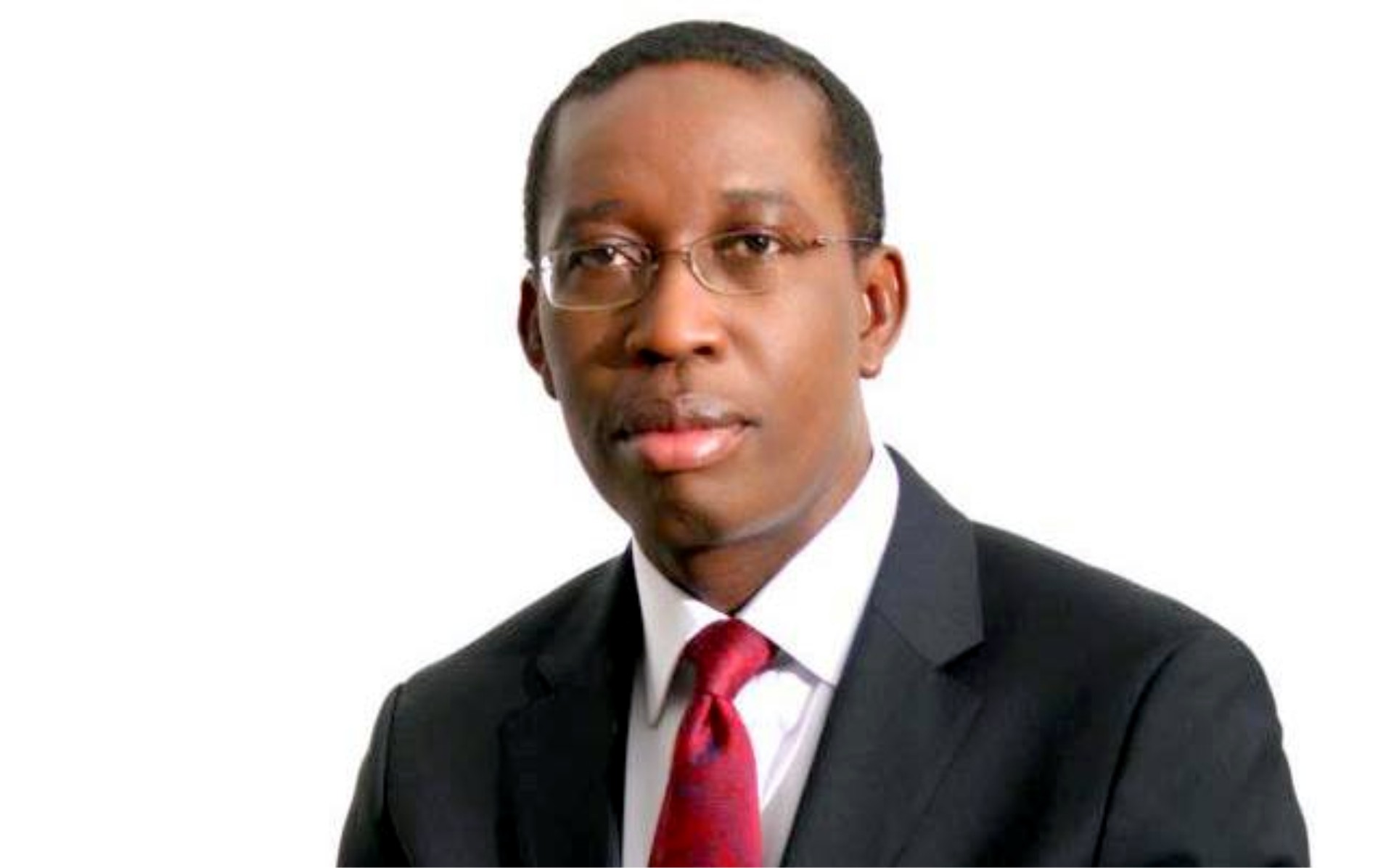 Governor of Delta State, Dr Ifeanyi Okowa, has declared that against the hope of early local government election in January 2021 when the tenure of the current local government officials shall elapse, council elections will not hold immediately.
Speaking yesterday during the open air Thanksgiving service to mark the second term in office of the State Chairman of the People’s Democratic Party, Barr Kingsley Esiso, the governor cautioned aspirants to various positions in the coming polls to slow down and wait for the release of time table by the State Independent Electoral Commission.
He stated further that the party would come up with modalities for the election to minimize expenses from the aspirants, adding that no aspirant should go and sell property because of Council election, stressing that the process for picking the candidates of the party would be so managed that less fund would be expended by contestants.
He congratulated the State Chairman of the party on his re-election which is a vote of confidence in his running of the party in the last four years.
Earlier in his address, Chairman of the Party, Chief Kingsley Esiso thanked the party leaders and members for the support which, he said, yielded appreciable harvest in the Victory of the party in the 2019 general elections.
In another development,Traders and Residents in Asaba-Ase, Ndokwa East Local Government Area of Delta State and Ekregbesi community in Uzere Kingdom, Isoko South Local Government Area have been placed in unforeseen dilemma after flooding cut off access road between the two communities
The flood disaster which took yesterday was said to have occurred on the Asaba-Ase market day of Ndokwa-East when traders from neighbouring villages were in the community market to trade.
While visiting the scene where the ravaging flood cut the link road of the communities, President-General of Isoko Development Union ( IDU), High Chief Iduh Amadhe expressed shock over the incident.
He referred to the incident as a life threatening danger as he urged the state government to embark on rescue mission to save the people and vehicles trapped by the flood.
He expressed worry over the negative impact of the unwelcomed development, saying that people from Isoko, Urhobo, Kwale and Ijaw areas were at the market when the flood suddenly cut across the road.

The Deputy Governor, Rivers State and National Champion, Family Planning has charged women in the state to embrace family planning, saying that it would do both they and their family good as it would bring about success in their lives.
She gave the charge when the state Family Planning Advocacy Working Group, FPAWG, paid her an advocacy visit to mark this year’s World Contraception Day.
According to her, ‘’embrace family planning, it would do you good, it would do your family good. In everything about life you have to plan to succeed if you don’t plan, you don’t succeed. Contraceptives are safe, when you plan your family, you give them the best, you too, you’ll be happy, and you’ll be strong. My women embrace family planning it is the best for you’’.
Earlier, in her address, the spokesperson of FPAWG who spoke on behalf of the Chairman, FPAWG, Mrs Helen Odeja, thanked the Deputy Governor for granting the group audience and appealed that she used her good offices to lend support to FPAWG missions and to consistently provide family planning commodities to the last mile, supported with consumables.
The Rivers State Commissioner for Health, Professor Chike Princewill says only 19.6percent of married women currently make use of contraceptive.
Princewill, who made this known in a broadcast to mark this year’s World Contraception Day, last Saturday in Port Harcourt said the government was committed to providing women with quality information hampering family planning.
According to him, “In Rivers State, only 19.6percent of currently married women use with modern methods of contraception. This data shows that although some progress is being made, there is more work to be done. The Rivers State Government, through the ministry of Health and its parastatals are committed to providing women with access to quality information and services in their public facilities’’.
In a related matter, a study by the Nigerian Demographic and Health Survey shows that family planning contributes 44 per cent reduction of maternal and mortality.
According to the research , Rivers State presently has 889 deaths out of every 100,000 live births.
Worried about this narrative, Rivers State, in partnership with The Challenge Initiative, TCI has lamented that some cultural and religious barriers hinder the acceptance of family planning services in the state.
Representative of the Rivers State Family Planning Advocacy Working Group, RSFPAWG and Desk Officer, Family Planning, Rivers State Primary Health Care Management Board, RSPHCMB, Mrs. Theresa Timothy, noted that low level of male partner involvement, myths and misconceptions in family planning were some of the major issues that hinder women of reproductive age from accessing family planning.