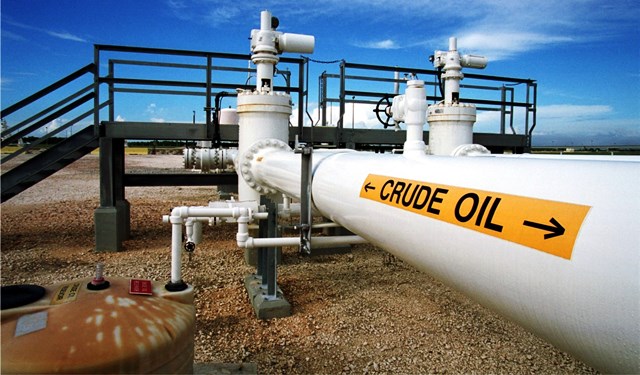 Nigeria earned $504.44million, an equivalent of N154.73billion, from crude oil and gas exports in November, 2019, according to statistics released, yesterday, by the Nigerian National Petroleum Corporation (NNPC).
In a statement in Abuja, on the release of its Monthly Financial and Operations Report for November, 2019, NNPC stated that the amount earned from oil and gas export in the month under review represented an improvement of 4.39 per cent over the previous month’s export.
According to NNPC, crude oil export sales contributed $383.89million, an equivalent of 76.10 per cent of the dollar transactions compared with $396.94million contribution in the previous month; while export gas sales amounted to $120.55million in the month.
In the statement signed by its Acting Group General Manager, Group Public Affairs Division, Mr. Samson Makoji, NNPC further stated that between November, 2018 to November, 2019, crude oil and gas worth $5.46billion was exported.
In spite of the improvement recorded in the country’s export in the month under review, Makoji further stated that NNPC suffered 94 per cent increase in the cases of willful hacking and destruction of its pipeline infrastructure across the country in November, last year, fingering oil thieves as culprits.
He explained that 68 pipeline points were vandalised, representing about 94 per cent increase from the 35 points that were breached in October, 2019, adding that out of the vandalised points, 15 failed to be welded while only two pipeline points were ruptured.
Giving a breakdown of the breach, NNPC noted that the Mosimi-Ibadan axis accounted for 31 percent of the breaks; Atlas Cove-Mosimi network witnessed 19 per cent, while Ibadan-Ilorin and other routes accounted for 15 per cent and 35 per cent, respectively.
Makoji assured that NNPC, in collaboration with the local communities and other stakeholders, would continuously strive to reduce and eventually eliminate this menace through effective collaboration.
Furthermore, the NNPC spokesperson disclosed that the daily average natural gas supply to gas-powered plants in November, last year, increased by 16.53 per cent to 645 million standard cubic feet per day (MMSCFD), equivalent to power generation of 2,178 megawatts (MW).
Comparatively, he stated that the October, 2019, gas supply to power averaged 553mmscfd to generate 2,050 MW.
Makoji added that national gas production in November, 2019, stood at 228.65 billion Cubic Feet (BCF), translating to an average daily production of 7,621.68 million Standard Cubic Feet per day (mmscfd).