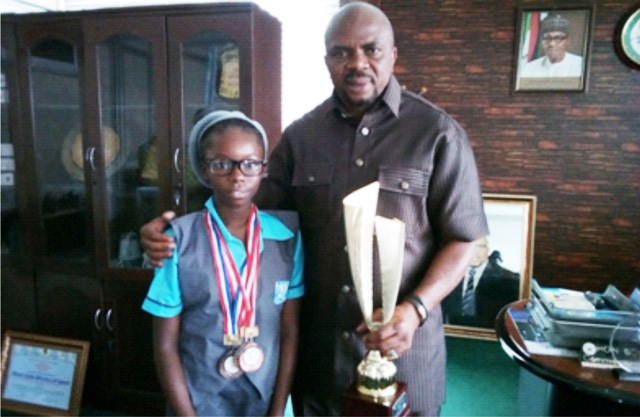 Rivers State Governor, Nyesom Ezenwo Wike has declared that the state government is perfecting the Real Madrid Football Academy as a fundamental development tool that will serve as a catalyst for uniting kids from all backgrounds under the auspices of football.
Wike, in a keynote address during the 83rd Congress of the International Sport Press Association (AIPS) in Budapest,  Hungary, yesterday  noted that sports is an avenue to raise young people with the right character and determination to be successful in life.
“In Rivers State, more than 50% of the population falls within the age brackets where talents can be discovered, skills can be sharpened and dreams can be fulfilled through pragmatic nurturing, training and motivation. Football, among other sports, presents itself as one of the best possible way to raising generations of young people with character and determination to achieve outstanding results and prosperity.
“It is true that the future of any country or society is revealed in the character and quality of its youth. But what the youth eventually become in life is also founded on the extent and quality of education and skills they acquire from the cradle to the age of responsibility.
“It has been proven time and time again, that for children from disadvantaged backgrounds, but with latent talents, a successful career in professional football is a sure ticket out of poverty. History is also replete with several inspirational stories about young men and women who have migrated from rags to riches as a result of engaging in successful professional football and other lucrative sporting careers.
Wike recalled the Power of Sports (POS) Africa award to him by AIPS in 2017, noting that the award has spurred him towards greater investments in sports for the benefit of humanity.
The governor outlined the progress made with the Real Madrid Football academy.  He said that the world class facilities of the Academy were commissioned in September 2019, while the academy will educate countless young people in the coming years.
High point of the occasion was the presentation of a Recognition Award to Governor Wike by the leadership of AIPS. AIPS Africa through its President,  Mitchell Obi also decorated Governor Wike for his contributions to the development of sports in Africa.