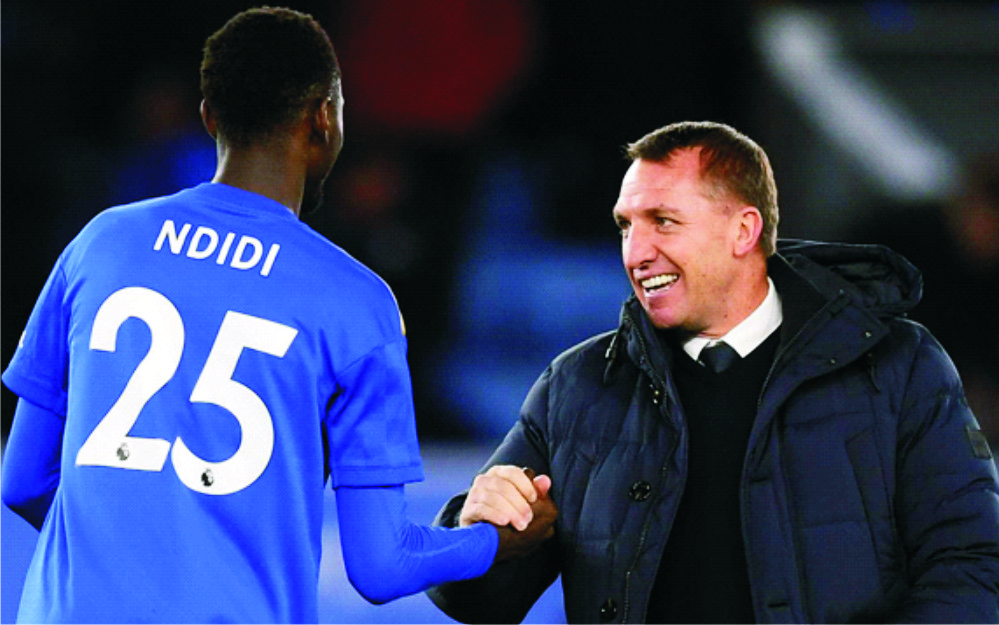 Leicester City manager, Brendan Rodgers, has praised Wilfred Ndidi following his return from injury against West Ham United on Wednesday evening.
The Super Eagles star featured for about an hour on his return from a knee problem in his side’s victory against the Hammers.
The Nigeria international replaced injured Papy Mendy in the 34th minute and helped the Foxes secure an impressive 4-1 victory in the encounter.
The midfielder suffered a knee problem in training on January 8 and after successful surgery, the 23-year-old was expected to be sidelined until February.
Ndidi, however, returned to training ahead of time and featured for about an hour to help the King Power Stadium outfit return to winning ways against the Hammers after back-to-back defeats in his absence, which has drawn applause from his boss.
“It’s remarkable, really. We were thinking he could only play 25-30 minutes,” Rodgers said after the match.
“Obviously he was fine to come on and play a full hour. He is genetically blessed and he recovered very, very well. And he was excellent.”
Article continues below Ndidi, who has featured in 21 Premier League games this season, will hope to maintain his fitness and return to the starting XI when they take on Brentford in an FA Cup tie on Saturday.