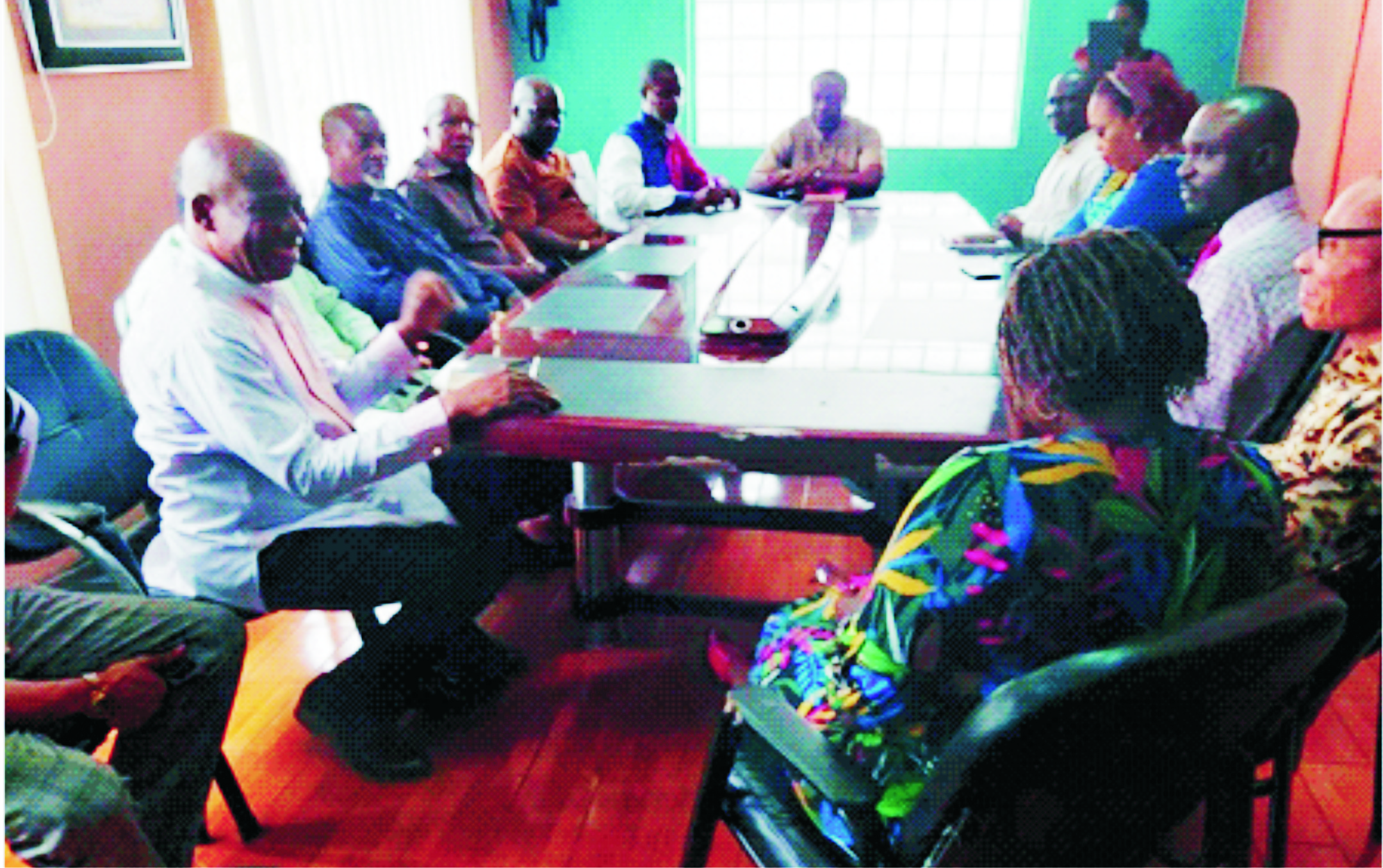 In attendance at the meeting were various directors from the ministry, RSNC, and Government Printing Press as well as Editors, and other categories of staff, while other highlights of the visit included a closed door meeting with the management of RSNC, interactive session with the Editorial Board of The Tide Newspaper, and inspection of facilities at RSNC and GPP.
At both RSBC and Garden City Radio, the commissioner called on the managements and staff to do everything possible to up their game in order to perform creditably towards achieving the NEW Development Vision of the state Governor, Chief Nyesom Wike, and restated that his appointment was a collective promotion for the entire journalists in the state, particularly those working in the government-owned media.
The commissioner stated that he shared in the pain of the state media houses as there were challenges facing government-owned media houses, but added as an optimist, he believed that “if we work together to support His Excellency, the Governor of Rivers State, Chief Nyesom Wike, things will change for good in government-owned media houses”.
He emphasized that in every challenge, he sees opportunities for greater efficiency and productivity, adding that it was the reason why he has challenged both management and staff of the organizations on the need to be creative and innovative. “We need to have a re-orientation and begin to utilize what we have to make a mark. And the charge I have given to these organizations, as a commissioner, I will be demanding productivity, efficiency and improvement in news content, programming, better administration, and of course, profitability. These things are achievable, if we all galvanise our potentials. As staff of these media houses, if we galvanise our potentials, we can rewrite the story that I am seeing today”, Nsirim added.
He challenged those in the government-owned media in the state to change their attitudes to work, adding that it would no longer be business as usual. “The time we are now demands enough innovation and creativity”, he said, adding that “everyone must join forces to make a difference in my administration. It is not going to be business as usual. So, it is either you fit-in or you fit-out. If you don’t put in your best, divinity will not smile at you, because hard work pays. Only hard-working staff will be my friends.

Asako appealed to the commissioner for more patronage from government officials in order for government-owned media houses to be able to generate the needed revenue for the state. He promised that union leaders would ensure that staff adhered to all directives given by management, noting that defaulters would be allowed to face disciplinary measures without interference of the union leaders.
The NUJ chapel chairman regretted that it is saddening that Rivers State Government officials will ask questions such as: Is Radio Rivers working? Is The Tide functioning? Is RSTV working?, explained that to generate more revenue, government officials should stop taking adverts to private media houses, but rather patronize government-owned media houses, stressing that 95 per cent of news and adverts used by government-owned media houses were from government. He appealed that the campaign, #Our State, Our Responsibility should also focus on government officials, so as to sensitise them on the need to patronize government-owned media outfits, because to him, money spent on government-owned media houses is an investment in the development of the state.
Also speaking, the immediate past state Chairman of RATTAWU, Ope Erekosima, expressed happiness that among all the commissioners sworn-in by the governor, Nsirim, was one person who has grown from the ranks in the civil service, rising to the position of director and permanent secretary, before his recent appointment as commissioner.
Erekosima pointed out that the issues and challenges facing state-owned media houses were things the commissioner was abreast of, adding that there was need for the training and retraining of media workers as well as ensuring that the equipment lying fallow for long in Radio Rivers were put to use. She lamented the epileptic power supply in Nigeria, regretting that all stories that would have been handled by government-owned media houses were taken to private media outfits due to insufficient fund to fuel the station’s power generating plant.
Erekosima appealed to the commissioner to do the needful, so that government-owned media houses can feel the impact of the present administration during his reign as commissioner.
In his remark, General Manager of RSBC, Sampson Fiberesima thanked the commissioner for the visit, and assured that the station would continue to do its best to promote the policies and programmes of government.
Similarly, General Manager of Garden City Radio, Dagogo Ezekiel-Hart assured that the charge given by the commissioner would be carried out, and urged staff of the organization to brace up for more work.
Ezekiel-Hart said, “We have internalized all you have said, we will do the best we can. The issues you have talked on today are basically focused on the reformation we have been harping on. I expect that we would take what you have said, build on it, and not surprise you, but ourselves.
“We should all understand our limits, and if we go beyond the, it’s bad. And knowing full well that you will be our backbone as you have been for these number of years as permanent secretary and head of the ministry, we expect to see more of your support in return. We won’t fail the ministry, we won’t fail Garden City Radio, and we won’t fail ourselves”, Ezekiel-Hart added.
Having concluded his tour of the state government-owned media outfits, and given his directives, the onus is now on the management and staff of the media organs to bring to manifest reality, the set targets of the commissioner, and indeed, the Rivers State Government. That is what the media houses will be struggling to achieve in the coming weeks and months, even with the challenging working environment.

The Nation Newspaper And The Name Of Wike

COVID-19 Is Not A Joke -Buhari