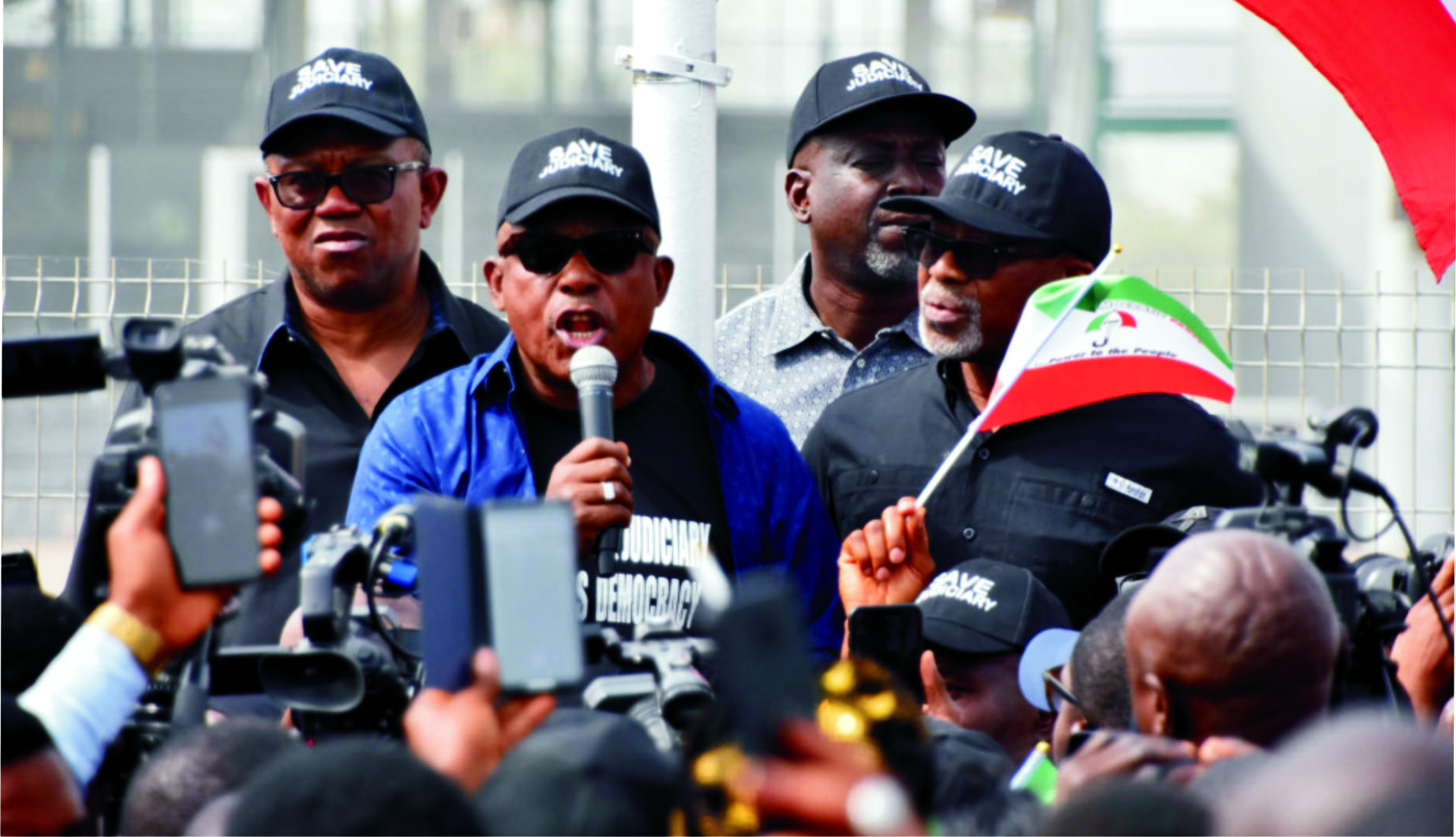 We handed over power to the APC in 2015 in compliance with democratic best practice and since that day, Nigeria moved into anarchy under the leadership of Buhari.
“In November 2019, Atiku Abubakar and the PDP lost a petition because the Supreme Court said the PDP had not brought enough witnesses to prove their case but turned around to uphold the election of Hope Uzodimma when there were no unit witnesses.
“Was it only Uzodimma that had the whole votes in those polling units they added for him? What were the votes of the PDP and other parties in those polling units? These questions need answers so we know where we are going as a country. The declaration of Uzodimma as governor of Imo state has no legal standing”, he said.
The Deputy Speaker of the Akwa Ibom State House of Assembly, Rt. Hon. Princess Felicia Bassey who spoke on behalf of the state legislators, said the Supreme Court judgement was a clear rape on our democracy.
The state party Chairman, in a statement earlier, Paul Ekpo said, the solidarity March was important because silence in the face of tyrannical occurrences may be interpreted as acquiescence.
“The March is to register our displeasure over the recent political robbery in Imo state, where the apex court strangely computed and announced results which are contradictory with the existing reality, in the Governorship elections which held in March 2019,” he said.
On his part, Chairman of ALGON, Mr Frank Archibong, who spoke for chairmen of the 31 local government councils in the state lamented, “When the Judiciary becomes compromised in a democratic dispensation, it means there is no hope for Nigerians”.
Meanwhile, the Independent National Electoral Commission (INEC), yesterday, said that it still stands by its declarations for the 2019 elections despite the Supreme Court judgments that reversed some of the election results declared by the commission.
The commission has recently come under severe criticism following the reversal of the Imo State governorship election by the apex court.
INEC in the Imo governorship election had declared the People’s Democratic Party (PDP) candidate, Emeka Ihedioha winner with 273,404 votes, while the All Progressives Congress (APC) candidate, Hope Uzodinma who was returned by the Supreme as the authentic winner was placed fourth with 96,458 votes by INEC.
The Chief Press Secretary to the INEC National Chairman, Mr. Rotimi Oyekanmi, in a chat with newsmen, yesterday, stated that “once INEC makes a declaration, it stands by it”.
According to him, “the law provides for any aggrieved party or candidate to go to the Election Petitions Tribunal to contest a declared election result. Once INEC makes a declaration, it stands by it”.
Giving graphic detail of the conduct of the 2019 general elections, Oyekanmi, observed that, “a total of 807 post-election petitions were filed at the tribunals after the 2019 general election. Out of these, 582 were dismissed, 183 were withdrawn by the petitioners and 30 reruns were ordered.
“About 12 Certificates of Return have also been issued. When you consider the fact that elections were conducted into 1,558 constituencies for the 2019 general elections, you will agree with me that the overall elections have by far been credible, free and fair”.
On the use of university vice chancellors as returning officers for future elections, which has also been criticized, the commission disclosed that no decision has been reached whether to review the use of certain categories of academic staff of federal universities as returning officers.
It added that “while it is true that some of them made mistakes as human beings during the 2019 General Election, most of them performed excellently”.
On the January 25 rerun elections INEC revealed that, “our template for the conduct of elections has not changed since our actions are guided by the extant laws.
“The voting and declaration procedures have not changed. For instance, the Smart Card Readers will still be used and the “People’s Result Sheet” will still be pasted at a conspicuous place at the polling unit level where the rerun elections will take place. The Permanent Voter’s Card (PVC) will also be used and it is fact compulsory. No PVC, no voting. Besides, the system of simultaneous accreditation and voting will also apply”.
“There is no proliferation of INEC sensitive materials and politicians do not have access to them. To be sure, our sensitive materials have special security features. If any politician is found with any sensitive material, it must be fake and such politician will be arrested and prosecuted.”