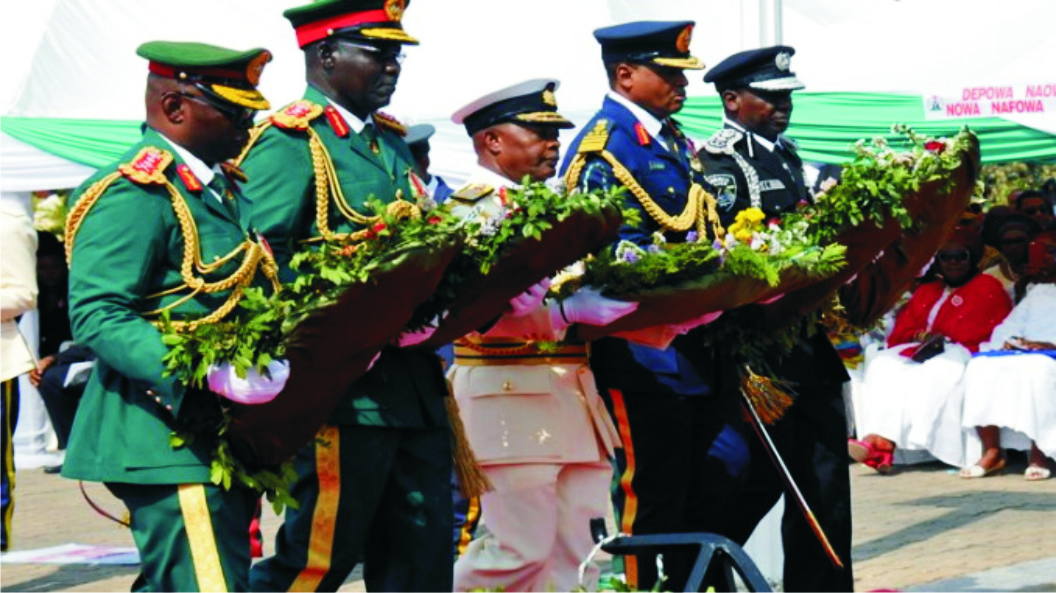 The week under review witnessed the participation of the Speaker, Rt Hon. Ikuinyi Owaji Ibani at climax of the one month celebrations of the armed forces remembrance day celebrations.
Last Sunday, Ibani joined the governor, Chief Nyesom Wike and other top dignitaries at the Thanksgiving service and later on Thursday he participated in the wreathe laying ceremony at the grave of the unknown soldier held at the Isaac Boro Park, Port Harcourt.
Though proceedings in the  State Assembly is yet to commence after the Christmas and New Year celebrations, member representing Oyigbo Constituency, Hon. Promise Nwankwo has expressed hope that this year holds great expectations for law makers.
Hon. Nwankwo told The Tide in a chat that he plans to organize a town hall meeting with his constituents on areas of focus as a legislator.
He surmised that with the 2020 budget passed into law, he would work towards how to attract projects that would impact  on his people to improve their well being.
Part of his focus is to use agriculture, which he said is a major mainstay for Oyigbo people, by latching on government policies and programmes towards providing means of livelihood for them.
Consequently, there has been huge expectations on the budget as the House took a short break few days to the Christmas and New year celebrations as it ended activities last year with  the passage of the 2020 budget.
Shortly after passing the bill into law, the lawmakers had proceeded to present it for the governor’s accent after which they got their official car presentations by the State Chief Executive at the Government House.
The Speaker of the House, Rt. Hon. Ikuinyi Owaji Ibani hailed the governor for the gesture and further pledged collaborative support to the executive arm.
In reaction to the presentation, lawmakers commended the governor for the car gift and promised to ensure that legislative activities would be enhanced in the coming year.
Recall that the governor, Chief Nyesom Wike presented a budget of over five hundred and thirty billion naira(N530billion) to the Assembly for the 2020 Fiscal Year on 17th December 2019.
The governor  told the Assembly that the focus of the budget was to enhance his infrastructural drive and speed up the state’s growth process.
Wike, while explaining the budget breakdown and sectoral allocations, said capital expenditure would take three hundred and seventy four billion naira whereas one hundred and fifty six billion would be for recurrent expenditure.
According to the governor, the state’s budget for 2020 tagged ‘Budget of Reassurance’ was fifty billion naira higher than the 2019 budget and was expected to generate more growth in the economy of the state.
In response, the Speaker of the Assembly, Rt. Hon.Ikuinyi Owaji Ibani commended Governor Wike for ensuring that the budget estimate would focus more on the real sectors of the economy and promised him of more cordial relationship of the Assembly with the Executive arm.