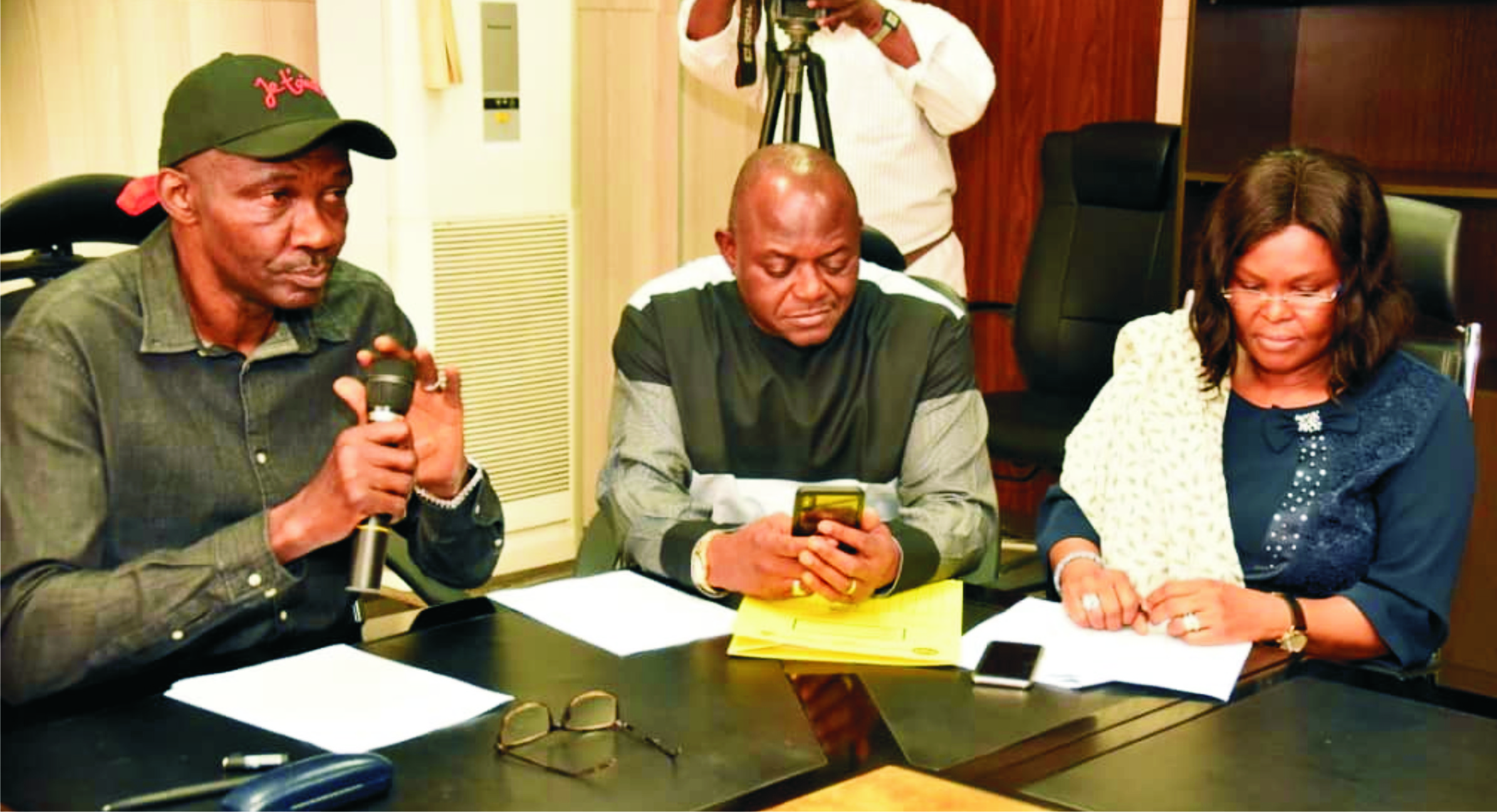 More revelations have emerged from the Niger Delta Development Commission (NDDC) as the Interim Management Committee (IMC) set up to audit NDDC finances, yesterday, released its latest findings.
The IMC said its findings showed that immediate-past NDDC management awarded 1,921 ‘emergency contracts’ at N1.070trillion in just seven months, against an annual budget of about N400billion.
The NDDC’s Acting Executive Director, Projects, Dr Cairo Ojougboh, disclosed this at a meeting in Port Harcourt, a statement signed by the commission’s Deputy Director, Chijioke Amu-Nnadi stated.
It would be recalled that President Muhammadu Buhari had in 2019 ordered a forensic audit of NDDC, and appointed an IMC, which Ojougboh is a member.
According to Ojougboh, in just seven months of 2019, the commission awarded a total of 1,921 emergency contracts valued at N1.070trillion.
“In 2017, NDDC awarded a total of 201 emergency contracts valued at N100.4billion while in 2018, a total of 1,057 emergency contracts valued at N162.69billion were awarded.
“We are talking about a total of over N1.3trillion in less than three years. The yearly budget of NDDC is hardly above N400billion.
“A situation where contracts that do not qualify for emergencies were fraudulently awarded to over N1trillion in less than one year, this amounts to not only stealing from the pulpit but stealing the entire pulpit,” he said.
Ojougboh, who is the IMC’s chairman, Contract Verification Committee, said the findings have confirmed allegations of high-level corruption in NDDC.
The executive director said that President Buhari was fully committed to saving NDDC from being shut down by activities of corrupt contractors and officials at the commission.
According to him, the commission is sinking and would have been killed and buried due to over trading, bloated contracts and other sharp practices but for Buhari’s intervention.
“At best, NDDC has been a lack-lustre performance, with very little to show for the humongous resources that have accrued to it over the past 19 years.
“Stories of pervasive corruption, flagrant abuse of due process, abandoned projects, poor quality project delivery, among others, at NDDC, have adorned our media space over the years.
“To this end, the contract verification committee will lay a foundation for the forensic audit of the activities of the commission from inception to date,” he assured.
Ojougboh directed all NDDC contractors, consultants, vendors, suppliers and non-governmental organisations or their representatives who have business with the commission to report to the verification committee.
He said that the groups “are expected to come with three photocopies each of their letters of award, contract agreement, and interim payment certificates, where applicable”.
According to him, they are also to present originals for assessment, evaluation and verification to the NDDC office where such business is located.
“They are also to present letters detailing a brief statement of their claims/request on their headed papers with verifiable addresses and certified true copies of their company registration documents.
“The contract verification exercise would among other things establish the true position of the emergency contract regime between 2016 and 2019 in NDDC.
“Some of the contract awards were not only spurious but criminal, as available records showed that most of the awards were not backed by budget, bills of engineering measurement and drawings.
“They were just open cheques for contractors and their collaborators to fill in at the nearest banks,” he alleged.