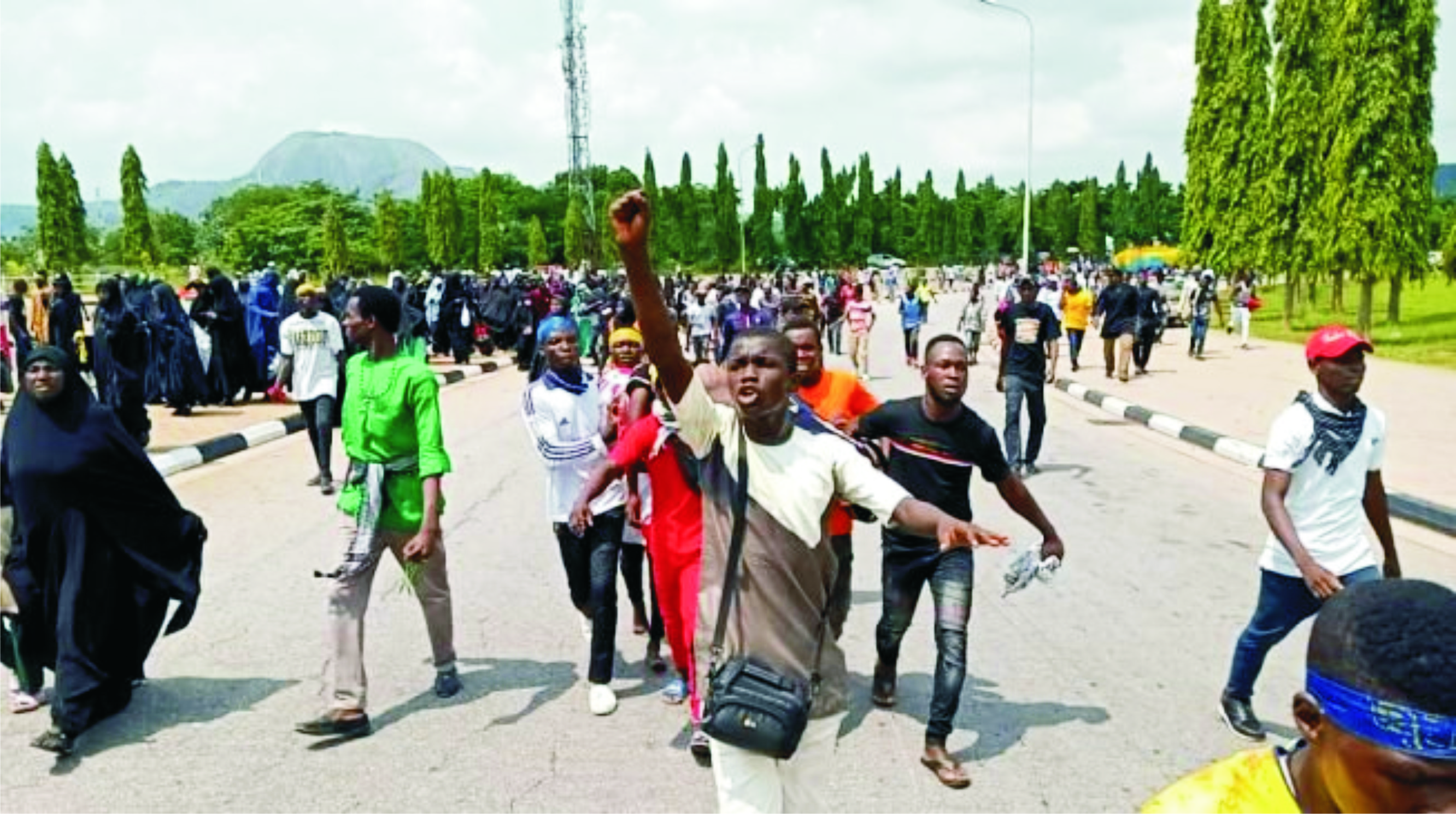 Five members of the Islamic Movement in Nigeria (IMN) were injured, yesterday during a clash between the security operative and members of Shi’ites.
The confrontation occurred during the procession of members of the IMN at Burger roundabout in the Federal Capital Territory (FCT).
The Shi’ites are demanding the unconditional release of their leader, Sheikh Ibrahim El-Zakzaky and his wife, Zeenat detained by government in a correctional facility in Kaduna State.
A member of the IMN Ibrahim Yahaya, told our correspondent: “As I am speaking to you five of our members have been killed by the police.”
However, the Islamic Movement in Nigeria (IMN) has told President Muhammadu Buhari and Kaduna State Governor, Malam Nasir el-Rufai, to watch their backs as the day of reckoning was very nearer than they ever thought.
The group also condemned recent comments that their leader, Sheikh Ibraheem el-Zakzaky was being tried for crimes committed in Zaria in the past.
IMN, also known as Shiites, in a statement signed by President of its Media Forum, Ibraheem Musa, yesterday morning, said that contrary to recent reports attributed to el-Rufai that their leader and his followers perpetrated terror in the Zaria clashes of December, 2015 between IMN and the Army, they were the victims of the terror orchestrated by the state.
“With increasing pressure on the Buhari regime from home and abroad occasioned by the decision of the International Criminal Court (ICC) at The Hague to investigate the crimes against humanity committed by this regime during the Zaria Massacre of 2015, there have been increased efforts at belittling the matter and trivializing the issues.
“This reached a peak when the Kaduna State Governor, Nasiru el-Rufai insinuated that so long as he remains Kaduna Governor, Sheikh el-Zakzaky would remain in detention. According to the governor, Sheikh el-Zakzaky is being tried for crimes he and his followers committed in the last 30 years in Zaria.
“On the contrary, the Sheikh and his supporters were the victims of state terror and crimes and not the perpetrators. After the criminal invasion of the Sheikh’s residence in December of 2015 and the subsequent killing of hundreds of his supporters including his sons and relatives by officers and men of the Nigerian Army, the Sheikh and his wife were shot at and arrested.
“The Department of State Security (DSS) illegally detained them without charges until May, 2018, when the pressure on the government to release them became so intense and unbearable. It was at that point that the government thought of charging them of inciting his followers to commit alleged offences.”
He said before then, the government had struggled to find explanations for their continued detention, forcing it to claim that the Sheikh was being kept in protective custody, while his wife, Zeenat, was keeping her husband, company.
“The government arrested hundreds of members of the Sheikh el-Zakzaky-led Islamic Movement and put them on trial for allegedly being responsible for the death of one of the soldiers, who was accidentally shot by his colleagues. The Kaduna High Court has cleared all of them of these framed up charges and subsequently discharged and acquitted them all. So, what crimes is el-Rufai referring to?
“Governor el-Rufai’s fraudulent claims that only court can free Sheikh el-Zakzaky pales in the face of the obvious. Firstly, the fabricated charges of inciting, aiding and abetting brought against him (as a ploy to perpetually keep him in detention) have been squashed in the high and appeal courts. Secondly, the Federal High Court had declared his detention as unconstitutional, and therefore, ordered his release.
“Thirdly, even when the Kaduna High Court granted the Sheikh medical leave, el-Rufai never conceded. He took measures to thwart the medical bail, putting stringent terms and conditions independent of the courts. Clearly, el-Rufai, like General Buhari, has no respect for the rule of law. Justice will be served. We will intensify our peaceful campaigns until justice is done to the victims of Zaria genocide of December, 2015 and Sheikh el-Zakzaky and all those still being held regain their freedom,” Ibraheem added.