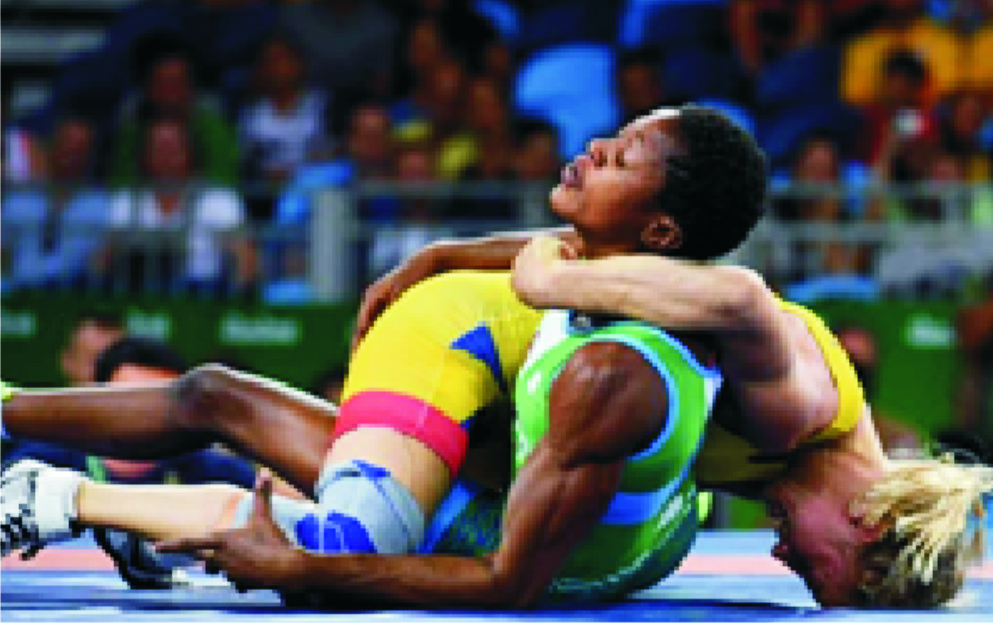 President of the Nigeria Wrestling Federation (NWF), Hon. Daniel Igali, target is having between six and eight Nigerian wrestlers qualify for the 2020 Olympic Games in Tokyo starting July 24 and ends August 9.
Only Odunayo Adekuoroye has qualified for the Games courtesy of her bronze medal win at the 2019 World Championships.
To achieve the above objective, Igali plans to give the wrestlers quality preparation towards the qualifying tournament march in Morocco.
Igali, in a statement signed by Emeka Dennar, NWF Media Officer, said: “Our goal this year is to qualify between six and eight athletes for the Olympics.”
“We are hoping that we would have the financial resources to get our athletes prepared enough to get probably our largest team going to the Olympics qualifying tournament in March in El Jadida, Morocco (venue of the Africa/Oceania Olympic Qualifying Tournament).
“We also have a couple of Olympic preparatory tournaments. We have another Ranking Series tournament in June. Our plan is to have every athlete who qualified for the Olympics to get a minimum of 20 matches before the Olympics proper.”
At the Rio Games, seven wrestlers (five women and two men) represented Nigeria. Nigeria is yet to win an Olympic medal in wrestling.
Igali, however, won gold at the 2000 Games in Sydney, Australia, while fighting for Canada.
However, despite recording some ground-breaking achievements last year, Igali hopes 2020 will be ‘better’ for the sport in the country.
In addition to dominating the continent at the African Championships in Tunisia and the 12th African Games in Morocco in 2019, Team Nigeria grabbed three global laurels. Back-to-back Commonwealth champion Adekuoroye (57kg) won bronze, her third medal at the World Championships in Kazakhstan, while Blessing Onyebuchi (70+) and Mercy Genesis (50kg), both claimed gold and silver medals respectively at the inaugural ANOCA World Beach Games in Doha, Qatar.
Looking ahead to what promises to be a very busy year in wrestling, Igali highlighted some of the competitions that the country’s wrestlers will be taking part in.