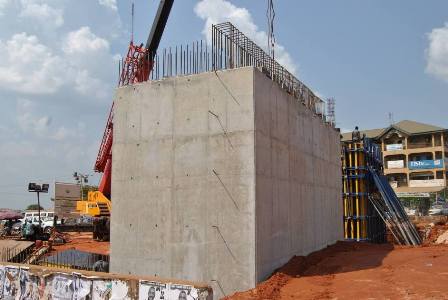 The Rivers State Commissioner for Works, Hon. Austin Ben-Chioma, has tasked the contractors handling the construction of three flyovers in Port Harcourt, the Rivers State capital, to take advantage of the dry season to speed up ongoing construction work at the flyovers.
Ben-chioma gave the charge when he embarked on an inspection visit to the construction sites of the flyover project in Port Harcourt, Monday.
According to him, speeding up the work at the project site, will give the contractors the advantage of a achieving a milestone before the onset of the rainy season.
He empathized with commuters and other road users on the hardship caused as a result of the heavy traffic situations experienced along the axis where the flyovers were being constructed, and appealed to the public to bear with the state government, explaining that the flyover, when completed, would help decongest the roads.
Ben-chioma charged the contractor to ensure that the flyovers were completed in record time, which he said, is within 16 months from the time the contract was signed.
The works commissioner who also inspected the ongoing work at the Hebert Macaulay, Tombia and Obagi streets in New GRA. Phase 2, commended the level of work done already, saying “this expansion will ease congestion’s on the roads within GRA”.
He further appreaicated the level and quality of work at the Tombia and Obagi streets in New GRA, Phase 2 saying,’’ this expansion will ease congestion’s on the roads within GRA’’.

…To Investigate Causes Of Building Collapse