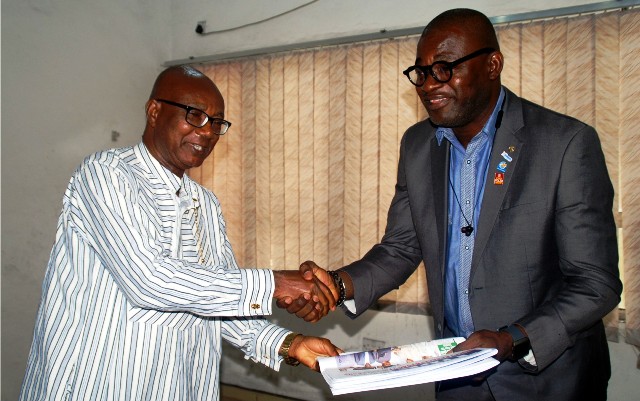 The General Manager, Rivers State Newspaper Corporation, RSNC, Mr. Vincent Ake has appealed to staff of various ethnic groups in the establishment to initiate a sustainable welfare platform that would improve their lives before and during retirement from service
Ake said such welfare platform would promote unity and oneness amongst members.
The GM stated this on Monday during the send forth ceremony organised by Ogbakor Ikwerre Group, The Tide Chapter, in honour of two of its members, Mr Sam Ovu Eleonu and Engineer Emmanuel Osigbo who retired meritoriously from the establishment.
Represented by the Director of Finance and Accounts, Mr Job Barnabas, Ake admonished the Ikwerre Ethnic Group to always show love and oneness to its members.
He urged them to shun acts capable of tarnishing the name of the group, disunity, enemity amongst its members in the corporation.
Ake lauded the Ogbakor Ikwerre for the send forth for both, describing the retirees as hardworking and responsible staff of the corporation.
He said Sam Eleonu and Emmanuel Osigbo had written their names in the good books of the organisation as obedient and law-abiding staff during their active years in the corporation.
Also speaking, the Director of Administration, Mrs Emi Jameson thanked the Ogbakor for honouring the retirees.
She lauded both retirees for their simple disposition, calmness and gentleness while in service.
“We thanked the celebrants for their stay in active service and retiring in good health” she said.
In same view, the Acting Editor, RSNC, Ibim Amieyeofori thanked the celebrants for the years of active service in the corporation.
Represented by Director of Production, Elder Chris Orji, Amieyeofori noted that both retirees made positive impacts to the growth and sustainability of the industry.
He described the celebrants as special people due to their individual contributions to the development of RSNC.
Earlier, Chairman, Ogbakor Ikwerre Group, RSNC, Mr John Loveday said the event was to honour the hard work by Mr Sam Ovu Eleonu and Engr. Emmanuel Osigbo who had disengaged from active service.
Responding, Elder Sam Ovu Eleonu thanked the Ogbakor for honouring him and his counterpart, Mr Emmanuel Osigbo after disengaging from the service, and called on the members of Ogbakor Ikwerre Group, RSNC to exhibit hardwork, diligence and support the growth of the establishment.