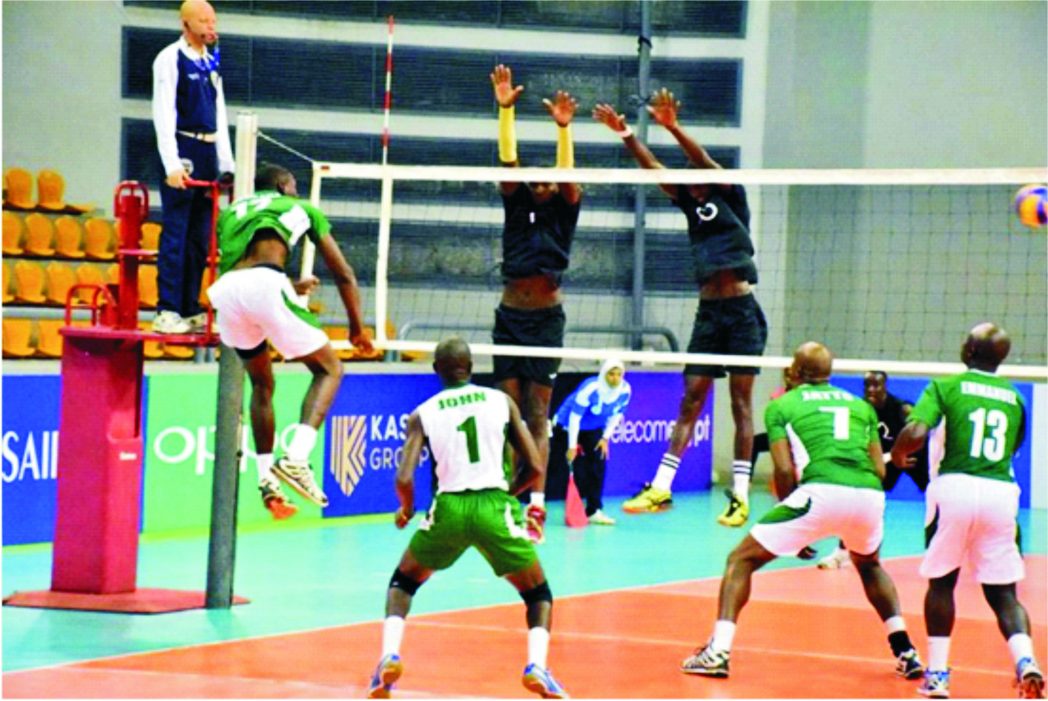 The Shell Spikers’ Men Team has won the third edition of the coveted Shell MD CCH Invitational Volleyball Tournament organized by the Shell Club Port Harcourt in collaboration with the Shell Petroleum Development Company of Nigeria (SPDC).
They beat the City Spikers’ Men Team from Bayelsa State, after a three sets to one (3-1) thriller.
The tournament, which was the seventh in the series organized by the club, also had the City Spikers Women Team of Yenagoa, Bayelsa State, clinch the winner of the women’s prize, in a keenly contested championship, held at the volleyball court of the Shell Club Port Harcourt, last Saturday.
They trounced the Shell Spikers’ Women Team to emerge champions, amid a huge crowd of spectators, including top management of SPDC and the Executive officers of Shell Club Port Harcourt.
The tournament attracted more than 200 players, mostly from the national teams, drawn from no fewer than eight states of the federation, including the Federal Capital Territory (FCT), Abuja.
While the Shell Spikers’ Men Team carted home N1million prize money, a trophy and gold medals; the City Spikers’ Women Team was also rewarded with N1million prize money, a trophy and gold medals.
Similarly, the City Spikers’ Men Team emerged the first runner-up, and took home N.5million prize money, while the Shell Spikers’ Women Team also went home with the first runner-up reward of N.5million.
Also rewarded for their sterling performances were the Trail Blazers Men’s Team as well as their Women’s Team, who emerged third runners-up, and went home with N.3million apiece.
Speaking shortly before the presentation of prizes to the winners, SPDC Managing Director, Osagie Okunbor, praised the high level of sportsmanship and friendship witnessed during the tournament, and challenged the players and officials to maintain that spirit as a springboard for engendering and promoting peace and mutual harmony in the Niger Delta in particular, and the entire country in general.
Okunbor, who is also the country chair of Shell Companies in Nigeria (SCiN), also charged the players to see the sport as a launching pad for national fame and as an avenue for contributing to national peace and cohesion, growth and development.
The managing director congratulated both the City Spikers’ Women Team and the Shell Spikers’ Men Team for their resilience, doggedness and never-give-up spirit, which enabled them emerge victorious in the contests, but also urged all the players to realize that the tournament was merely a game aimed at uniting rather than disintegrating the society, and as such should eschew bitterness and acrimony at all times, and always show high sense of discipline during any game.
Also speaking, Shell’s General Manager External Relations, Igo Weli, said that the tournament, which has been on for many years, was a breeding ground for nurturing players for the national teams, adding that Shell provided the enabling environment for talented young Nigerians to explore their potential because of its belief in the future of the country.