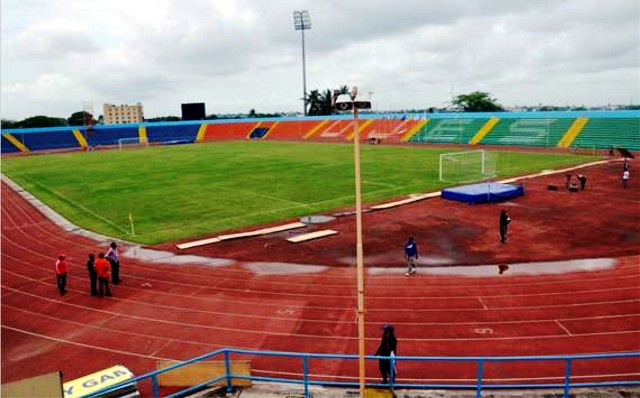 The Edo State Deputy Governor, Philip Shaibu, yesterday, expressed satisfaction on the completion of  major reconstruction works at the Samuel Ogbemudia Stadium in Benin City.
Shaibu, who spoke shortly  after inspecting the ongoing reconstruction works, said that the necessary equipment would be installed by the end of this month.
“The major works have been completed. The facilities are good and ready. Team spirit is good. We are  waiting for equipment to enhance the construction.
“By the end of this month, the equipment might be ready. Our dream as a state, is to produce athletes, who will become national champions.
“After Edo 2020, Edo will be the destination of national coaches. Other states will come and study them because of the type of training and equipment on ground,’’ he said.
The deputy governor said that the deadline for the completion of the reconstruction works must be met, adding, that it was already 65 per cent completed.

Joshua Could Face Whyte Next