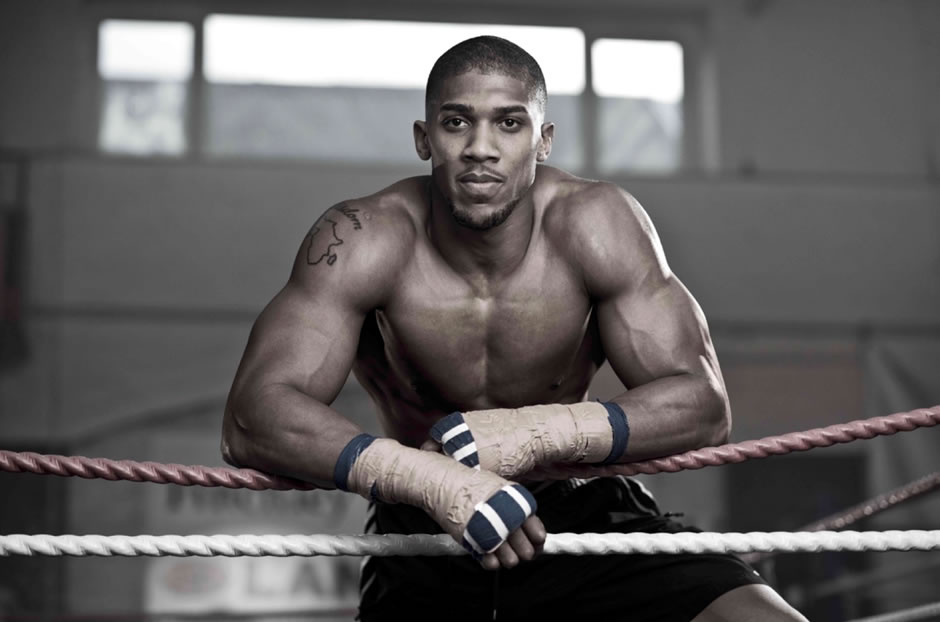 Anthony Joshua has said that he is “punching like a horse kicking backwards” and holds “no fear” going into his highly anticipated rematch with Andy Ruiz Jr.
At a charged news conference next to the Diriyah Arena where the two fight in Saudi Arabia tomorrow, Ruiz, 30, warned there is “no way” he will lose.
Joshua added he will weigh in lighter than the 17st 9lbs he posted before his New York defeat as part of a new plan.
“I may be less than 17 stone,” he told Tidesports source.
“I’m punching loose and heavy, rhythm and flow,” the 30-year-old added. “Before I was trying to bench-press a house. I used my body to get where I needed but then I started realising the sweet science of the sport.
“I am punching like a horse kicking backwards right now.”
Joshua has not weighed less than 17st since 2014 and an analyst, Steve Bunce said his projected weight was a “stunning revelation”.
Ruiz, perhaps playing mind games, arrived at the news conference sporting a New York Knicks jersey. Joshua was housed in the changing room of the NBA franchise for the first bout, where he suffered one of the most shocking defeats in heavyweight history and lost the IBF, WBA and WBO world titles.
As the pair faced off, Joshua’s team shouted “two times” behind him in reference of his chance to win the world titles for a second time. Ruiz’s team responded, shouting “and still” as the camera flashes lit up both men.
Joshua, who had his final six-round spar on Tuesday, was asked if winning the belts back would be a career high and replied: “I was asked if it will be a special moment and said ‘no’ as I know I belong there.
“When I got back from New York, I didn’t lose any heart or fire in my belly and started punching the heavy bag preparing for this day. There is no fear in my heart, my eyes or mind, I am confident.”
The venue for the news conference and fight, on the outskirts of Riyadh in Diriyah, are flanked by a fairground and a stage that will host US artist Usher and Chris Brown today.
The world’s best-paid fighter Saul ‘Canelo’ Alvarez and former world heavyweight champion Mike Tyson are expected to attend a fight that has been widely criticised as a result of the host country’s human rights record.
Those involved have made no secret of the financial motivation to come here, with Joshua set to earn upwards of £50m and promoter Eddie Hearn defiantly told reporters it was “a wonderful, wonderful decision”.
Ruiz described Saudi Arabia as “the perfect place to make history” and his stunning stoppage win six months ago ranked high in the sport’s archive of upsets.
Asked if he held any fear over the kind of power that saw Joshua knock him down in New York, he said. “Not really. I was the one who had the strength, the one backing him up. When I jabbed I pushed him away.
“I know he lost weight and that he will try and box me around, so it’s my job to prevent that.
“I have been doing this since I was six and it is finally paying off. There is no way I am going to let these belts go, I will die trying. It has been a rollercoaster and now that I made the dreams come true there is no way I will let these go.”
Joshua’s back-to-basics approach for the bout has been well documented and he again said he had no interest in delivering a “show” but was just “here to win”.
His promoter Hearn has expressed how nervous he is given his marquee fighter would slip down the heavyweight pecking order with a second defeat.
Joshua’s trainer Rob McCracken, who faced criticism after the first loss, said his fighter was “in a much better place” this time around.
And Joshua also said that defeat made him use his “time wisely” in prioritising his skills over other aspects of training.
“When Muhammad Ali was training he said he would build a shack to train in,” added Joshua.
“There are clues to success and you have to go back to what it takes to be a great heavyweight champion. We had to bring in hard, rough sparring partners. I brought in the toughest and roughest.”

Joshua Could Face Whyte Next