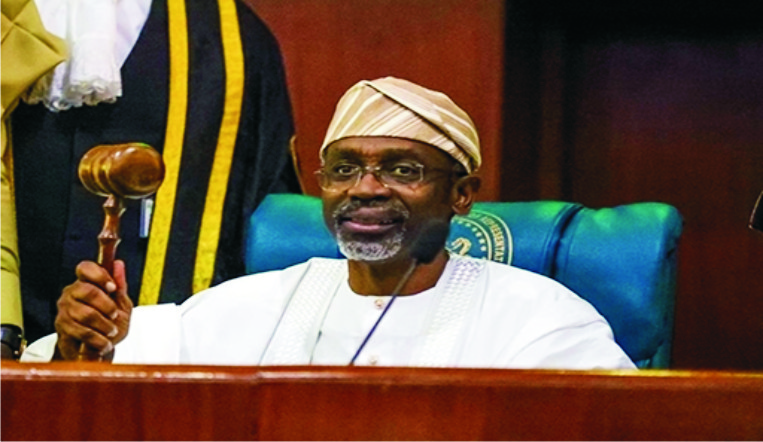 The House of Representatives Committee on Environment, has asked the Federal Government to consider granting duty waivers for imported power equipment such as solar panel, inverters, batteries, LED bulbs.
The Chairman of the committee, Johnson Oghuma, representing Etsako East/West Central in the Federal House of Representatives, stated this last Friday while speaking with journalists in Benin, Edo State.
He said the House had also mandated its committees on environment and climate Change to interface with the ministries of environment, finance, science and technology and the Energy Commission of Nigeria with a view to coming up with policies/programmes that would encourage alternative/renewable energy development to reduce global warming and report back within eight weeks for further legislative action.
He said creating the enabling environment for the adoption of Green Energy Technology through duty waivers would encourage wider access to solar energy in Nigeria, adding that it would lead to a reduction in the country’s carbon footprints in line with the global drive for a cleaner and healthier environment.
“In 2015, the world adopted the Paris Agreement on Climate Change, which is aimed at reducing global carbon footprints by 20 per cent. With Nigeria being one of the signatories means it is committed to the reduction of its carbon footprints substantially in line with this global drive for a cleaner and healthier environment.
“A few years later, there have been remarkable improvements and positive developments in the area of renewable energy with global investments increasing by 17 per cent and a rise in global electricity generation by 9.1 per cent,” he said.
The lawmaker also said “Providing the enabling environment will not only ensure increased access to more sources of the power supply but also encourage the transfer of renewable energy technology in Nigeria.”
According to him, the cost of renewable energy technologies, particularly solar technology in Nigeria, is still very expensive and out of the reach of ordinary Nigerians.
“We will appreciate the need for Nigeria to join the group of progressive countries working towards mitigating global warming by adopting alternative and renewable energy technologies,” Oghuma said. 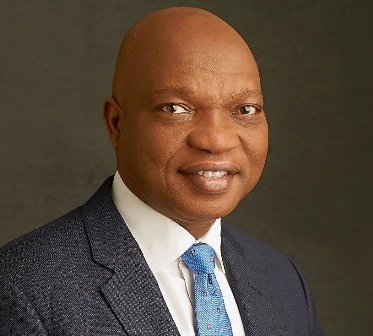 For the first time since its establishment 35 years ago, the Special School for Handicapped Children in Port Harcourt, Rivers State, has now got its science laboratory, built and equipped by The Shell Petroleum Development Company of Nigeria Limited (SPDC) and its joint venture partners.
“The school had been without a science laboratory for the 35 years of its existence. I attended this school as a visually impaired child and to teach a visually impaired, touch is important to create a mental image for them,” the school principal, Dr. Fred Amakiri, said at a ceremony to hand over the facility to the school. He noted  that a well-quipped science laboratory was critical to effective teaching and learning in a school for the visually impaired.
The principal lamented that public examination bodies have denied the school an examination centre status for lack of laboratories for science subjects.
“Our students are forced to go to other schools to beg to write their science examinations as external students. This challenge will now be a thing of the past because we now have a standard laboratory in place,” he said.
The school upgrade project, funded by SPDC and its joint venture partners, also included rebuilding the failed sections of the school’s perimeter fence to secure the school where some of the students are on full scholarship by the SPDC joint venture.
The Acting Chairman of the Rivers State Senior Secondary School Board (RSSSSB), Mr. Dede Reuben, commended the SPDC JV for the projects and called on other corporate citizens in the state to emulate the oil giant.
“Though the state government has resources, this is never enough to meet all the needs of the citizens. Which is why we require the support of organisations associated with development, like SPDC,” he said.
to the educational requirement of children with special needs.
She said, “With the ultramodern laboratory, we believe that the students are now positioned to excel in science, technology, engineering and mathematics and that the school will now secure recognition as a centre for external examinations for science subjects.”
Udoh, who was represented by Head, Social Investment and Sponsorships, Mrs. Anike Kakayor, said the project was part of SPDC’s wider social investment portfolio covering education, health and youth empowerment programmes designed to provide lasting benefit to people, particularly, in the company’s host communities.
“We believe that the education of Nigeria’s young population is critical to the growth of our nation. That is why, since the 1950s, the Shell scholarship schemes have supported several thousands of students through scholarships, and many of the beneficiaries are among Nigeria’s business, political and social leaders,” Udoh said. 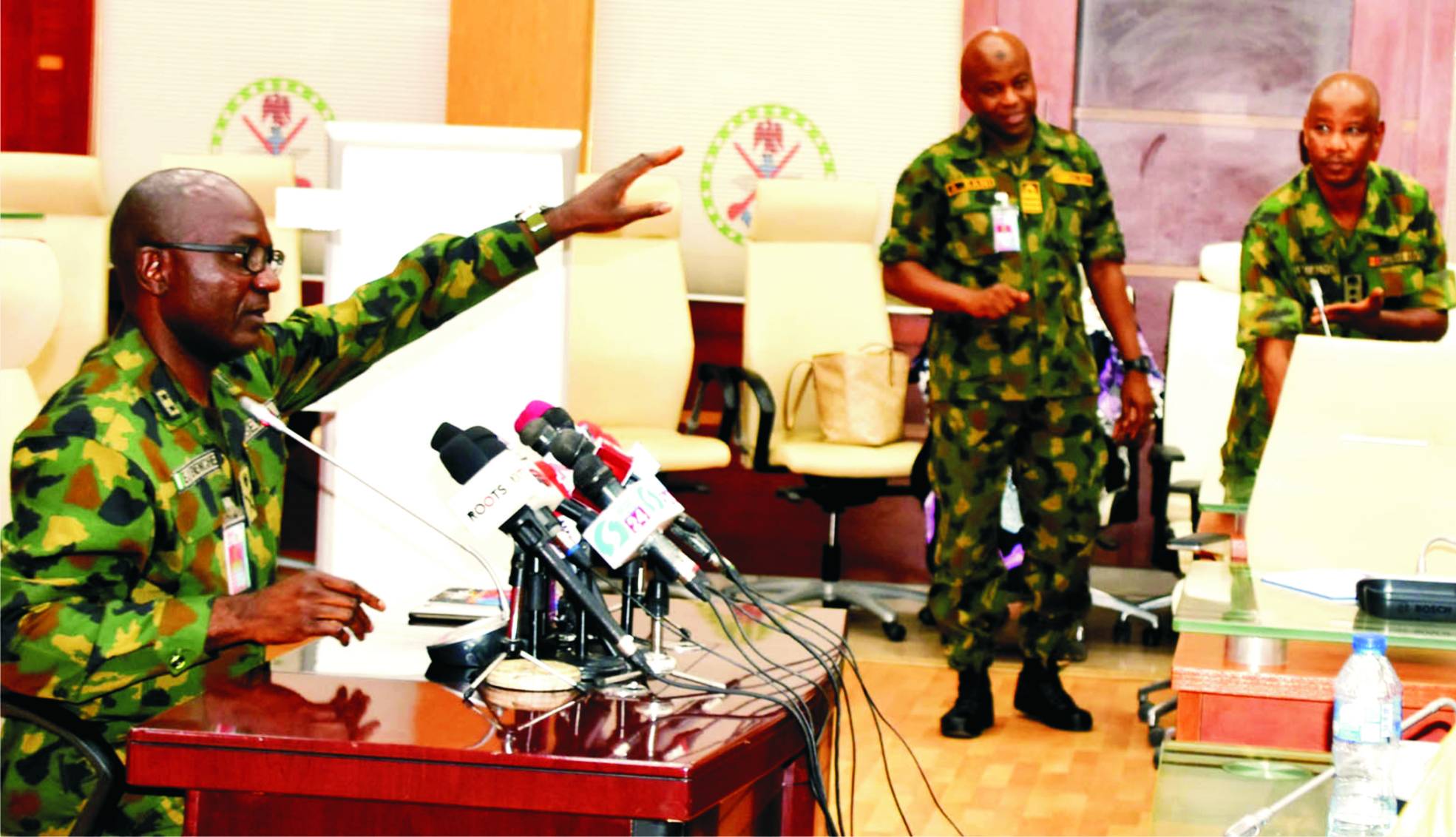 A Niger Delta group, under the aegis of Domestic Refinery Owners Association of Nigeria (DROAN), has alleged that some individuals and organisations are negotiating and encouraging illegal refiners to continue with the unwholesome business.
National Chairman of DROAN, Mr Godwin Sunday, stated that while addressing journalists last Saturday at the end of their meeting in Uyo, Akwa Ibom State capital.
Sunday also alleged that some stakeholders were negotiating with some illegal refiners for percentage with a promise not to expose them, thereby encouraging them to go back to the creeks to continue with the illegal business.
He, therefore, appealed to the Federal government not to further delay the promise of establishing modular refineries in the Niger Delta, as well as integrating illegal refiners into the mainstream of the Petroleum sector.
He stated: “We are concerned that some individuals, agencies, organisations are setting up task force and committees with the sole aim and intent of aiding and abetting illegal oil refining, theft and pipeline vandalism.
“Government at all levels should investigate the activities of these individuals and organisations. We condemn it in its totality. We also call on the entire people of the Niger Delta to condemn this unpatriotic act.
“And we are appealing to the Federal Government to fulfil its own promise of establishing modular refineries in the nine states of the Niger Delta and integration of illegal refiners (kpo fire boys) into the mainstream of petroleum sector to curb further environmental degradation, pipeline vandalism, illegal refining, and youth restiveness.
“On our part we have fulfilled our promise that we will not go back to the creeks and we have stopped illegal oil refining. So we expect that in no distant time, government should also implement those things it promised us”
Sunday, however, hailed President Muhammadu Buhari for removing subsidy on petrol products, noting that at 60 years, Nigeria should not be importing petroleum products from other countries.
“We salute the courage of the Federal Government led by President Muhammadu Buhari to bring the petrol subsidy regime to an end. We are appealing to Nigerians to support this decision of the government. If at 60, we are still importing petroleum products, it is very bad. It is unacceptable to us.
“We believe that better days are ahead because the subsidy money will now be channeled into other key sectors like education, health and infrastructural development”,  he noted.

The Group Managing Director, Nigeria National Petroleum Corporation (NNPC), Mele Kyari, says the Federal Government is aggressively pursuing other gas development initiatives to improve Nigeria’s current utilization of alternative fuels as well as stimulating gas demand and power generation in the country.
Kyari, who made this remark at the virtual Businessday Future of Energy Summit, also said the NNPC was making concrete efforts to expand natural gas resource exploration.
He assured that the NNPC would capitalise on its experience on key players in the industry to grow production efficiently, leveraging technology acquisition, and project financing across the value chain.
This is as the Minister of State for Petroleum Resources, Timipre Sylva, hinted that the abundance of natural gas resources in Nigeria has made the gas transition initiative a low hanging fruit waiting to be harnessed.
Sylva said the transformation initiative clearly indicated that natural gas has come to play a significant role in the dominant future energy source for use in Nigeria from the medium to the long term.
“The summit has been so aptly themed harnessing Nigeria’s energy potentials for the future. Energy encourages national economic growth and there is no gainsaying that Nigeria remains one of the most blessed countries on the face of the earth with a plethora of mineral and energy resources waiting to be harnessed,” Sylva said.
He added: “In this regard, the Buhari-led administration carved out some strategic priorities for the Ministry of Petroleum Resources in order to foster the sustainability of the Nigerian economy, enhance energy availability, create well paid jobs and take millions of Nigerians out of poverty.”
According to him, to drive and stimulate investment in the natural gas sector, the NNPC is focusing on the implementation of the Nigerian Gas Master Plan (NGMP), which covers infrastructure, sectoral development, and requires framework.
Kyari noted that collaboration was key in all of these efforts, adding that NNPC has a succession planning in place to provide adequate energy infrastructure in tandem with the expanding population growth and also in alignment with the objectives of the government to encourage economic growth.
“NNPC is committed to supporting sustainable legislation that would bring about a transformation to the industry, promote transparency and accountability across the value chain. We remain committed to driving Nigeria’s gas sector development.
The Managing Director, Nigeria LNG Limited, Bayo Ojulari, stressed the need for the Federal Government to prioritize development towards gas, since the country has ridden on the back of oil for more than 50 years, but added that the country must now fly on the wings of gas in its quest to leapfrog to the next level.
“We cannot achieve much without infrastructure. We are also very glad to hear some of the infrastructure development the Federal Government is embarking on to harness the natural resources we have in the country,” he said.