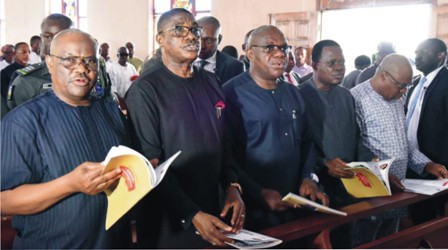 As part of the state government’s determination to rid the state of sub-standard schools and provide quality education, the Rivers State Government, has given full accreditation status to 1,415 private schools to operate across the 23 local government areas in the state.
The state government also gave interim accreditation to 659 schools, while a total of 437 schools were denied accreditation to operate in the state.
The Committee for Accreditation and Approval of Private Schools gave these indications in its comprehensive report submitted to the state government.
In a statement made available to news men in Port Harcourt at the weekend, the Secretary to the State Government, Dr Tammy Danagogo, quoted the Rivers State Governor, Chief Nyesom Wike as saying that the government took the action because it was concerned with the deteriorating standard in education in the state, and expressed commitment to ensure that private schools approved complied with standard and operate with appropriate facilities.
According to him, “We have no doubt that this report will help us sanitize the educational sector to create a state with high educational standards befitting for the growth and development of our children”.
He directed the Ministry of Education to swing into necessary action against schools denied accreditation, and urged parents and national examination bodies, including the Joint Admissions and Matriculation Board (JAMB), West African Examinations Council (WAEC) and National Examinations Council (NECO), among others, to take note of the new development.
He said that the state government has further gone ahead to publish list of all affected schools in The Tide Newspaper and Thisday Newspaper of Monday 25, 2019, to prove the seriousness of the government in making its decision public.
He urged parents and guardians who may want to enroll their children and wards into private schools operating in the state to be guided by the list, explaining that any school denied accreditation by the committee shall be regarded as illegal by the state government.
The state government further warned proprietors of the schools denied accreditation to shut down operation with immediate effect or be prepared to face prosecution by the government.
Speaking during the submission of the report, the Chairman of the committee, Prof. Ozo-Mekuri Ndimele, said, out of a total of 2,511 schools which applied for accreditation, 1,415 schools were fully accredited while 659 schools were granted interim accreditation, just as 437 schools were denied operational approval.
It would be recalled that the state government had early this year set up a Committee on Accreditation and Approval of Private Schools in the state chaired by the Vice Chancellor of Ignatius Ajuru University of Education, Rumuolumeni, Prof Ozo Mekuri Ndimele, to among other things, visit the schools across the three senatorial zones in the state and make their recommendations to the state government for implementation.
A breakdown of local government by local government shows that Emohua has 16 approved private schools, Etche 87, Ikwerre 65, Obio/Akpor 768, Ogu/Bolo 2, Okrika 12, PHALGA 155, Oyigbo 105, Eleme 81, Khana 17, Tai 6, Gokana 6, Andoni 2 and Opobo/Nkoro 1.
For the interim accreditation, Oyigbo has 79, Eleme 14, Khana 19, Tai 2, Gokana 1, Andoni 4, Abua/Odual 1, Ahoada West 13, Akuku Toru 2, Asari Toru 1, Bonny 9, Degema 3, ONELGA 10, Emohua 18, Etche 20, Ikwerre 26, Obio/Akpor 359, Ogu/Bolo 1, Okrika 3 and PHALGA 60.
Similarly, Bonny has 16 private schools denied accreditation, ONELGA 7, Abua/Odual 1, Ahoada East 31, Asari Toru 2, Ahoada West 4, Akuku Toru 1, Degema 1, PHALGA 81, Omuma 1, Okrika 6, Obio/Akpor 184, Ikwerre 18, Etche 8, Emohua 10, Oyigbo 15, Eleme 24, Khana 2, Tai 9 and Gokana 6.
See list on pp7-36. 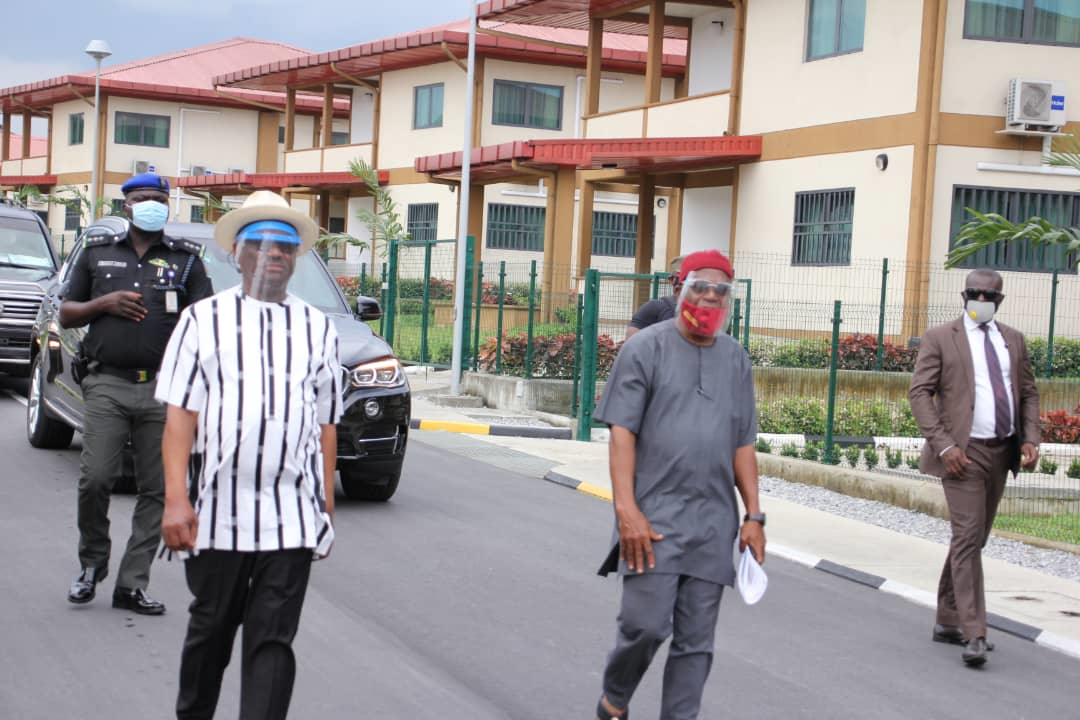 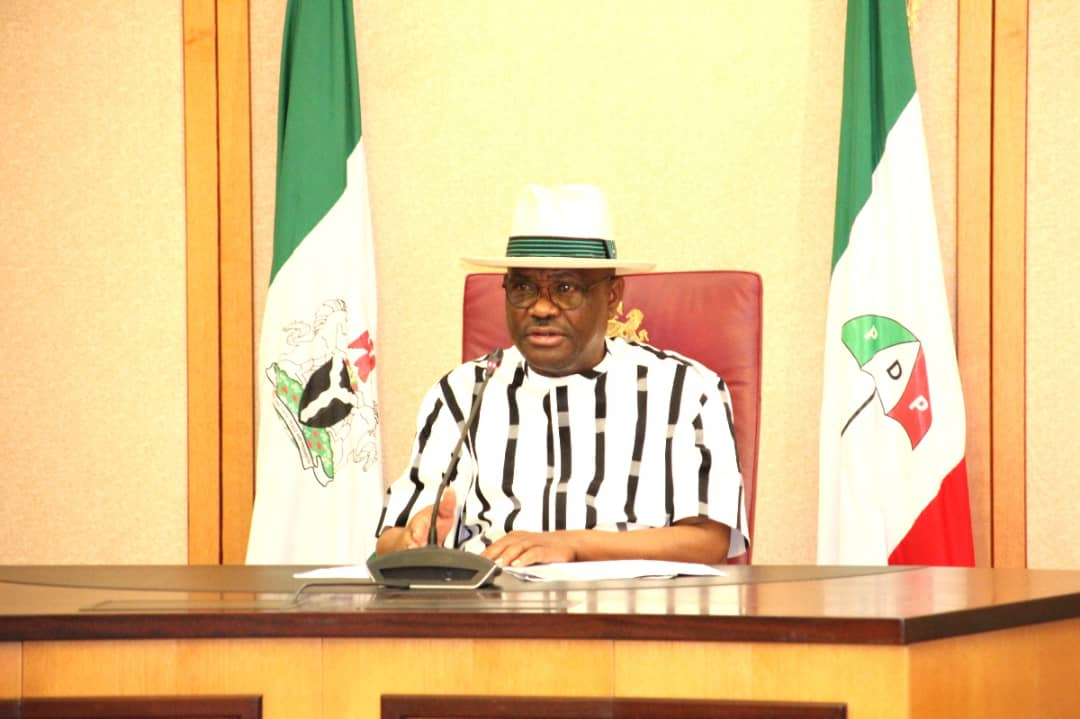 * Imposes night time curfew from 8p.m to 6a.m on Bonny LGA and Onne Community in Eleme LGA with effect from July 10, 2020 till further notice

*Sets up Taskforce to enforce wearing of facemasks

Rivers State Governor, Chief Nyesom Ezenwo Wike has appealed to residents of the State to take personal responsibility to curb the spread of Coronavirus.

He also cautioned that with the commencement of inter-state travels and domestic travels, residents must be cautious in relating with friends and relatives coming from heavily impacted areas like Lagos and Abuja in line with the established protocol of 14 days Isolation.

Governor Wike made the appeal in Port Harcourt on Wednesday, in a state-wide broadcast.

“From the first days of this virus, we took serious measures and literally set the pace in our country to slow down the spread.

“We have noticed that most affected people are resorting to self medication instead of presenting themselves for treatment at the State’s Treatment Centres.

“Those who experience symptoms of fever, cough, loss of smell or taste and shortness of breath, among others should present themselves for appropriate treatment at the expense of the State Government.

“Furthermore, in the face of increasing infections and systemic risk to public health and safety, most residents have continued to disregard the mitigating protocols with reckless abandon.

“Public and private transporters, business owners and churches are refusing to adhere to the relevant protocols.

“Burial ceremonies are also reportedly being conducted in clear breach of the 50 persons maximum attendance limit such that a serving Permanent Secretary  had the temerity to chase away officials of the State Ministry of Health who went to enforce the established guidelines on public burials at Oyigbo,” he said.

The Governor therefore announced the sack of the Permanent Secretary, Mr. Sunny Okere with immediate effect for flouting and obstructing the enforcement of the guidelines.

This, he said, would serve as a lesson to all other public officers who may wish to be irresponsible.

He assured that government would decontaminate public schools to keep them safe for resumption in line with the Federal Government’s Guidelines.

Government, he said, is also appraising the prospect of opening markets as soon as it is satisfied that it is safe with appropriate guidelines on social distancing, hand washing and wearing of face masks.

Governor Wike announced the setting up of a Joint Taskforce made up of security and civilian personnel to enforce the wearing of face masks.

He stated that to sustain the progress made in the state, the State Security Council has imposed a night time curfew from 8p.m to 6a.m on Bonny Local Government and Onne Community in Eleme Local Government with effect from July 10, 2020 until further notice.

The Governor assured all health workers, including doctors and nurses that government would continue to cater for their welfare as they continue to serve the state at grave risks to their own lives.

He added that government would not fail to do whatever it takes to slow down the spread of the virus. 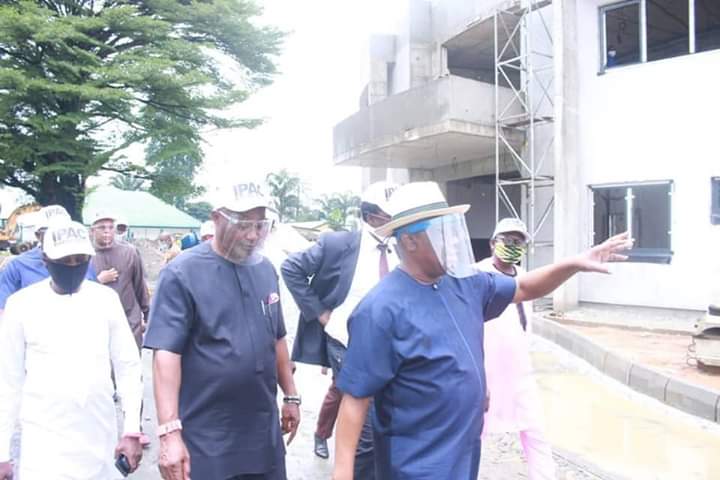 The Rivers State Commissioner for Information and Communications, Pastor Paulinus Nsirim, has stated that the State Governor, Nyesom Wike is deliberately building an enviable future for Rivers People.

Nsirim, who stated this on Tuesday, when the Management of CoolWazobiaInfo, operators of Cool, Wazobia, and Nigeria Info radio stations, paid him a courtesy visit in his office, stated  that every step the Governor has taken since 2015  had been targeted at developing the State.

“Within the last five years, His Excellency has demonstrated keenly that his passion to turn around the fortunes of Rivers State is not something that he is  just playing to the gallery. In almost all sectors of the economy of the State you can see the monumental changes that are taking place here.

“That’s what we have found in this visionary leader and we are quite proud to be associated with him”, he said.

The Commissioner noted that the manner in which the Governor executes all the developmental projects in the State is only characteristic of a leader who is driven by the will to serve the  people.

“Do you want to talk about the three flyovers that are ongoing simultaneously? You know, naysayers thought that it was a political gimmick when he said I have paid 70% of the contract sum of the projects.

“The speed with which the work is going on is so amazing. That is what you see when there is political will and you find a man whose passion for selfless service speaks in all that he does”, he said.

While expressing the willingness of the Ministry to partner with the Station in areas that would develop the State, the Commissioner stated that such partnership would be based on the station ensuring strict adherence to the regulatory guidelines set by the Nigeria Broadcasting Commission (NBC).

Such guidelines, he said, has to do with the principles of objectivity, fairness and balance, noting that when this is not done,  there is a breach of the NBC guideline, which regulates the operations of the broadcast media in Nigeria.

He stated that media houses  are supposed to be  bridge builders who harness public opinion for the common good.

According to him, no Media house should expose itself to be seen to be antagonistic.

“Every Media house owe society the obligation to create a balance in the reportage of activities.

The Commissioner assured that the State Government welcomes criticism and would  only collaborate with initiatives that will ensure development for Rivers people.

“Governor Wike has given governance a  new meaning and we believe that partnership with the media will compel him to do more for Rivers people.

” We welcome constructive criticism that will promote the state as an investors’ haven,” he said.

Earlier in his speech, the Programme Manager of the Station, Carl Orakwe, proposed a collaboration with the Ministry towards the development of the State.

“Part of the reasons why we are here is to extend our support and let everyone know that coolwazobiainfo family as a media outfit would strive to promote good governance.

He pledged that they would collaborate with the ministry to project the state in good light.