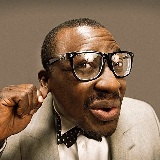 Ace comedian, Saint Aboki, has said that the comedy industry is not getting the maximum support it requires to take entertainment to the next level in Port Harcourt and Rivers State as a whole.
Aboki lamented that the lack of support is the reason not much seems to be happening in the city unlike what it is obtainable in Lagos and Abuja, noting that more needs to be done to boost the industry and to enable more comedians succeed in their act.
On whether Port Harcourt-based comedians are planning for shows in the yuletide, he said there is something in the offing through a group known as ‘PH comedians’funny guys.com, comprising over 100 members and that it will be the group’s first end of the year show this year.
Aboki in a chat with The Tide further said, “There is no general event for PH comedians, we have never had a joint comedy show, it is usually individual shows which is always graced by fellow comedians.
“We are only planning for end of the year, it will be the first of its kind. Although it is just a suggestion and we are yet to know if it will hold,” he said, but expressed the hope that they will get the needed support for the event to fly.
The ace comedian also said that they are doing their best to encourage one another through a forum which comprises of entertainers,  but the challenges entertainers are facing in Port Harcourt is forcing some to move out of the city to places like Lagos which is crowded.
“One of the challenges facing entertainment in Port Harcourt is lack of encouragement from the Federal Ministry of Culture, Tourism, Youth development and so on.
“Comedians in Port Harcourt are doing their best but we need firms, organizations and industries to support us  because companies support entertainers in some states but here, we take care of the bills and eventually people attend the show for free which is not encouraging,” Aboki lamented
He said Port Harcourt residents also patronize strangers more than home grown acts, saying “Most mega events in PH are being hosted by people outside like AY show, Akpororo, Basket mouth and even a night of thousand laugh,  come to PH yearly to make millions of naira from us and they patronize people from other cities than people that are making it happen in the city.
“It is only few comedians like of K.O Baba, Prince Hezekahia and Arinze Baba that have built  themselves and try to mingle within and outside the shore of Port Harcourt,” he said.