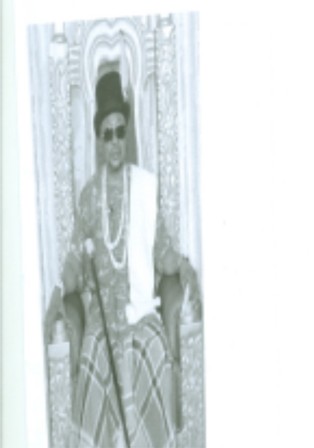 The Traditional Ruler and Amanyanabo of Ancient Ele Kingdom in Ogu/Bolo Local Government Area of Rivers State, King Felix Tamunoseipiriala Okuru, (Apina VII) has given kudos to the Wakirike Youth Federation (WYF) for their initiative to organise KON Cultural Festival aimed at reviving the rich culture and tradition of the people.
King Okuru made the commendation when the Chairman of WYF Joint Planning Committee, Boma Rowland Kinabere and his team paid him a courtesy visit to solicit for his total support at his Palace in Port Harcourt.
The Monarch frowned that most sons and daughters of Wakirike extraction could not speak their mothers tongue, swim, pull canoe, fish or even appreciate the rich culture of the people, adding that the occupations of the fore- bearers should not be forgotten as that was what they used in the upbringing of their children.
According to him, the inclusion of fishing exhibition as part of the festival is a right step in the right direction as the occupation is fast eroding, stressing that right from when he was a youth at Ele community till now, he never relented in fishing and called on all sons and daughters of Wakirike ethnic nationality to take it as a challenge and be proud of their cultural heritage.
King Okuru, Apina VII however expressed dismay over the environmental pollution of the waters which had been a major challenge to fishing occupation, because it had damaged the aqua-system of the people and called on those who indulged in the illegal bunkering activities to desist forthwith in order to enable the fishermen and women carry out their trade without much stress.
In their separate speeches, the Chairman, Joint Planning Committee, who is also the Vice President of WYF, Boma Rowland Kinabere and the Auditor, Amina George thanked King Felix Okuru Apina VII for his interest towards the festival and that despite his exalted position, he had practically shown that he is a typical fisherman and prayed God to continue to guideand give him wisdom for a remarkable and successful reign so that Ele Kingdom would be peaceful land.