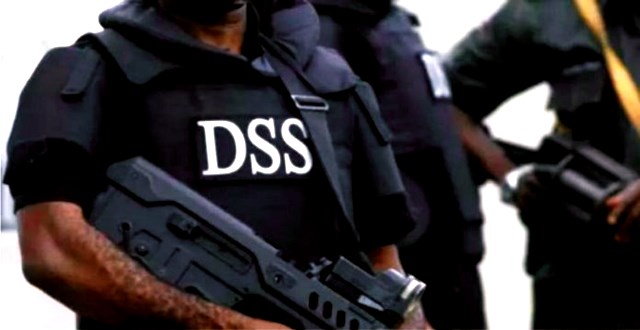 The Department of State Services (DSS) has accused political activist and convener of the “Revolution Now” movement, Omoyele Sowore, of capitalising on the latitude of freedom provided to him at the service’s detention facility to use his telephone to mobilise Nigerians for violence and revolution against the government.
Speaking at press conference at the service’s headquarters in Abuja, yesterday, DSS Public Relations Officer, Peter Afunanya, dismissed claims by Senior Advocate of Nigeria, Femi Falana, that he was at the DSS to secure Sowore’s bail, saying that the legal activist lied.
The DSS spokesperson argued that the service deserved commendation instead of condemnation for protecting Sowore’s life by keeping him in its custody, insisting that no credible Nigerian has come forward to secure his bail.
He argued that the service could not release Sowore from its detention facility because he may be knocked down by a vehicle on his way out.
Afunanya said, “We cannot just release Sowore and ask him to go because he may be knocked down by a vehicle at the gate.”
Pointing out that Sowore’s lawyer, Femi Falana, was yet to come forward and fetch him from their facility, Afunanya said the senior lawyer had not been to the headquarters of the service since the activist was granted bail.
He maintained that the secret police was following administrative procedures by insisting that Sowore’s sureties come forward for proper documentation.
“We respect rules and orders of the court and there was never a time the Director-General said he would not release Sowore,” he said.
Sowore is currently held in custody of the secret police against court order.
It would be recalled that a Federal High Court in Abuja had recently ordered the release of Sowore alongside Olawale Adebayo.
The DSS is yet to comply with the order and claimed that no surety had come to take Sowore on bail.
Few weeks ago, a group of protesters led by Deji Adeyanju alleged that they were given N1million to stop the protest demanding Sowore’s release.
The DSS, however, said it will release Sowore if his sureties come forward for documentation.
Meanwhile, the Socio-Economic Rights and Accountability Project (SERAP), has expressed confidence in possible release of activists, Mr Omoyele Sowore and Mr. Olawale Bakare, who remained in the arbitrary detention of federal security agents despite a court order for their release.
The organisation’s expression of confidence followed the response of Archbishop of Canterbury, Most Revd Justin Portal Welby to an earlier open letter for intervention in the matter.
Recall that SERAP had on November 11, 2019, in an open letter to Archbishop of Canterbury, urged him to use his good offices and leadership and his “friendship with President Muhammadu Buhari to prevail on him to promote the rule of law in words and in action by obeying all court orders including the order for the releasing of Sowore and Bakare from arbitrary detention.”
Journalist and activist, Omoyele Sowore and Olawale Bakare are facing trial on seven counts of treasonable felony, fraud, cyber-stalking and insulting President Muhammadu Buhari, simply for exercising their human rights.
Sowore, was arrested on August 3 by Nigeria’s State Security Service (SSS) for planning a protest.
Justice Ijeoma Ojukwu granted Sowore and Bakare bail but the security agents have continued to refuse to release them despite being served with the court orders.
The SERAP Deputy Director, Kolawole Oluwadare, who made the response of the Archbishop known in a statement, yesterday, expressed delight over the positive response.
SERAP had in the earlier letter expressed “serious concerns about the disturbing trends by state governments and federal government to use the court as a tool to suppress citizens’ human rights.”