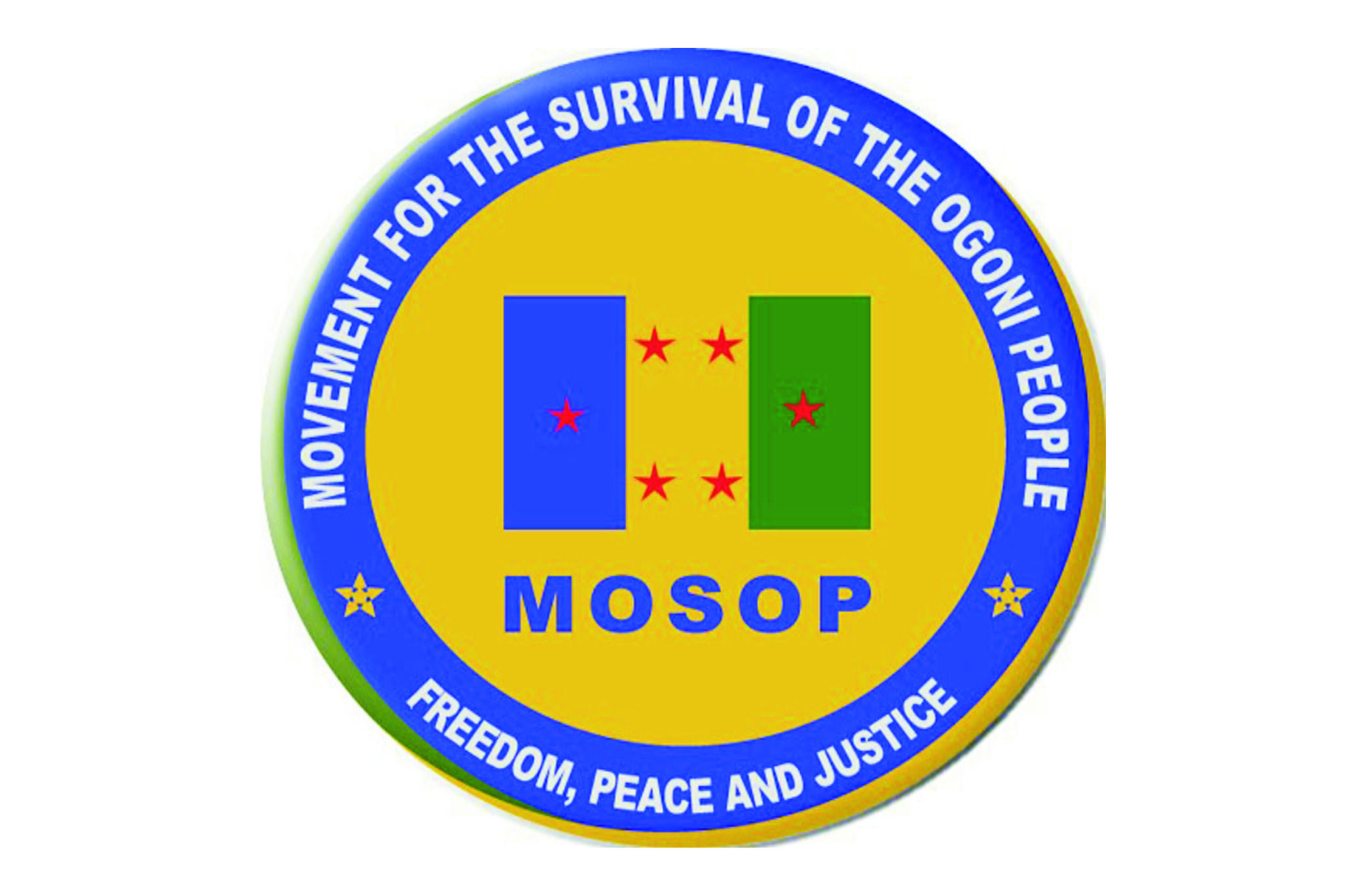 Thousands of youths from the four Ogoni local government areas of Khana, Eleme, Gokana and Tai, have staged a peaceful protest in Bori, headquarters of Khana Local Government Area of Rivers State seeking the resumption of oil exploration in the area.
The protesting youths, operating under the auspices of Ogoni Youth Federation (OYF) said the call for the resumption of oil exploration in Ogoni was imperative to promote economic development and create employment opportunities for Ogoni youth.
Addressing a mamoth crowd that gathered at Bori, last Friday, the National President of OYF, Comrade Legborsi Yaamabana said Ogoni has continued to suffer denigrating poverty, despite setting the pace for a new environmental consciousness in Nigeria.
He said: “Before the advent of the Ogoni struggle, the Niger Delta was treated like a conquered zone by IOCs and their institutional collaborators who operated on obnoxious policies, but today a new and more intense consciousness on environmental justices has been introduced in the oil rich region”.
He recalled that during the decades of unfettered oil exploration in Ogoni which led to the devastation of the Ogoni environment, the youth were the most affected, as they were completely displaced out of economic activities and made vulnerable to social vices as a result of boredom and inactivity.
Comrade Yaamabana, said that after due consultation, “the apex youth organisation in Ogoni resolved to seek legitimate measures of alleviating their plight and bring lasting solution to the unmitigated poverty in Ogoni land, by calling for the resumption of oil exploration in the area, to avail the youth and other critical stakeholders of Ogoni, the opportunity to benefit from their God-given treasures and resources”.
He called on the Federal Government to issue operational license to Belema oil to commence oil exploration in Ogoni, noting that Belema Oil is an indigenous company that has demonstrated proven records of social engagements, technical capacity and effective host community relations.
The youth president also cautioned against the antics of “inexperienced and portforlio carrying oil firms” who are trying to enter Ogoni land through the back door, pointing out that Ogoni was not a dumping ground for experimentation.
The protesting youth, who carried placards with various inscriptions such as, “We want oil resumption in Ogoni,” “No Belema Oil, no Oil resumption in Ogoni”, among others, called for the allocation of oil blocks to more indigenes in the Niger Delta to develop the embattled oil rich region.
In his remark, the Divisional Police Officer of Khana, SP Bako Angbashim, commended the youth for their peaceful conduct during the protest and assured the support of the police to promote peace in the area.

Royal Dutch Shell has confirmed plans to appeal against the Dutch court ruling, calling for it to cut its carbon emissions faster.
Shell’s chief executive, Ben van Beurden, said the company had agreed that “urgent action is needed” to reduce carbon emissions, and vowed to accelerate its progress towards becoming a net zero carbon company, but said that Shell would still appeal against the ruling “because a court judgment, against a single company, is not effective”.
A court in The Hague reached the verdict in May this year after Friends of the Earth and over 17,000 co-plaintiffs successfully argued that Shell had been aware of the dangerous consequences of CO2 emissions for decades, and that its climate targets did not go far enough.
It ruled that Shell has an obligation to cut its carbon emissions by 45 percent by 2030, compared with 2019 levels, under both Dutch law and the European convention on human rights – the right to life and the right to family life – and that the company had known for “a long time” about the damage caused by carbon emissions.
“What is needed is clear, ambitious policies that will drive fundamental change across the whole energy system,” he said. “Climate change is a challenge that requires both urgent action and an approach that is global, collaborative and encourages coordination between all parties,” Beurden added.
Friends of the Earth Netherlands, also known as Milieudefensie had said the appeal would send “the wrong signal” and confirm Shell’s “lack of commitment” to tackling the global climate crisis.
A director at Milieud-efensie, Donald Pols, said the appeal aimed to postpone any action from Shell and warned that “the longer the delay the more serious the climate consequences will be for us all”.
A lawyer for Milieude-fensie, Roger Cox, said: “The judges have passed a well-considered judgment on Shell in the verdict. We are confident that this judgment will be reaffirmed on appeal. The science is clear on the consequences of and solutions to dangerous climate change.”
Shell set out its latest carbon emissions goals earlier this year ahead of a shareholder vote on its plan to become a net zero carbon energy company by 2050. However it also signalled to investors that it would continue to grow its gas business by more than 20 percent in the next few years, despite the urgent need to begin dramatic emissions cuts before the end of the decade.
Although the FTSE 100 group won the support of the majority of its investors it also suffered a significant investor rebellion after a Dutch climate activist group, Follow This, called for the company to set tougher carbon emissions targets and received 30 percent of shareholder votes.
Following court ruling, Van Beurden said in a statement on his LinkedIn page that he was disappointed that Shell was “singled out” by a ruling that “does not help reduce global CO2 emissions”.
He wrote: “Imagine Shell decided to stop selling petrol and diesel today. This would certainly cut Shell’s carbon emissions. But it would not help the world one bit. Demand for fuel would not change. People would fill up their cars and delivery trucks at other service stations.”

The Department of Petroleum Resources, DPR, has clarified that its Director, Sarki Auwalu, was quoted out of context, following recent reports attributed to him that petrol could be sold for as high as N1000 per litre if subsidy was removed without alternative.
A statement by the department faulted the reports, describing it as a “misinterpretation”.
“DPR wishes to state that the headline of the publication is misleading as the comments of the Director/CEO DPR was clearly taken out of context.
“The director/CEO specifically created a scenario of price instability of Premium Motor Spirit (PMS) based on current dollar to naira differentials to the effect that if Nigeria continues to rely on the importation of PMS without creating alternative energy sources like CNG, LNG, AUTOGAS etc, which will provide price buffers for consumers and ultimately crash the price of pms, then the product will be subject to prevailing market forces.
“The director further reemphasised that the strategy for alternative energy sources is a cardinal programme of the government which has led to the declaration of the Decade of Gas (DoG) with the objective to migrate the Nigerian economy to a gas based economy by 2030.
“The Department hereby restates that we will continue to enable businesses and create opportunities through our downstream focus on Quality, Quantity, Integrity and Safety (QQIS)”, the statement said.

Oando Plc has entered into a settlement with the Securities and Exchange Commission (SEC) in the overriding interest of the shareholders of the company and the capital market after years of legal tussle.
This was contained in a circular posted on SEC’s website on Monday and obtained by Tide source.
According to reports, the commission in 2019 said it found Oando guilty of serious infractions, thereby barring the company’s Chief Executive Officer Mr Wale Tinubu, and its deputy CEO, Mr Mofe Boyo, from the boards of public companies for five years.
SEC also instituted an interim management to appoint new board of directors and management team for Oando.
The circular said the company had reached a settlement with the commission without accepting or denying liability on immediate withdrawal of all legal actions filed by it and all affected directors.
It said the agreement included payment of a monetary sum, and an undertaking by the company to implement corporate governance improvements.
“Part of the terms required the submission by the company of quarterly reports on its compliance with the terms of the Settlement Agreement; the Investments and Securities Act, 2007; the SEC Rules and Regulations; the National Code of Corporate Governance and the SEC Guidelines to the Code of Corporate Governance.
“Pursuant to the powers conferred on the Commission by the Investments and Securities Act 2007, and the Rules and Regulations made pursuant thereto, the commission on July 15, entered into a settlement with Oando Plc (the company).
“The commission in its letter to the company dated May 31, 2019, gave certain directives and imposed sanctions on the company, following investigations conducted pursuant to two petitions filed with the commission in 2017.
“The company and some of its affected directors had challenged the said directives in a series of suits commenced at the Federal High Court,” it said.
The circular said Oando approached the commission for a settlement of the matter, and both parties had agreed to settle in consideration of the impact that a further prolonged period of litigation would have on the company’s shareholders and the value of their investments.
The commission also reiterated its commitment to ensuring the fairness, transparency and integrity of the capital market, while upholding its mandate to protect investors.