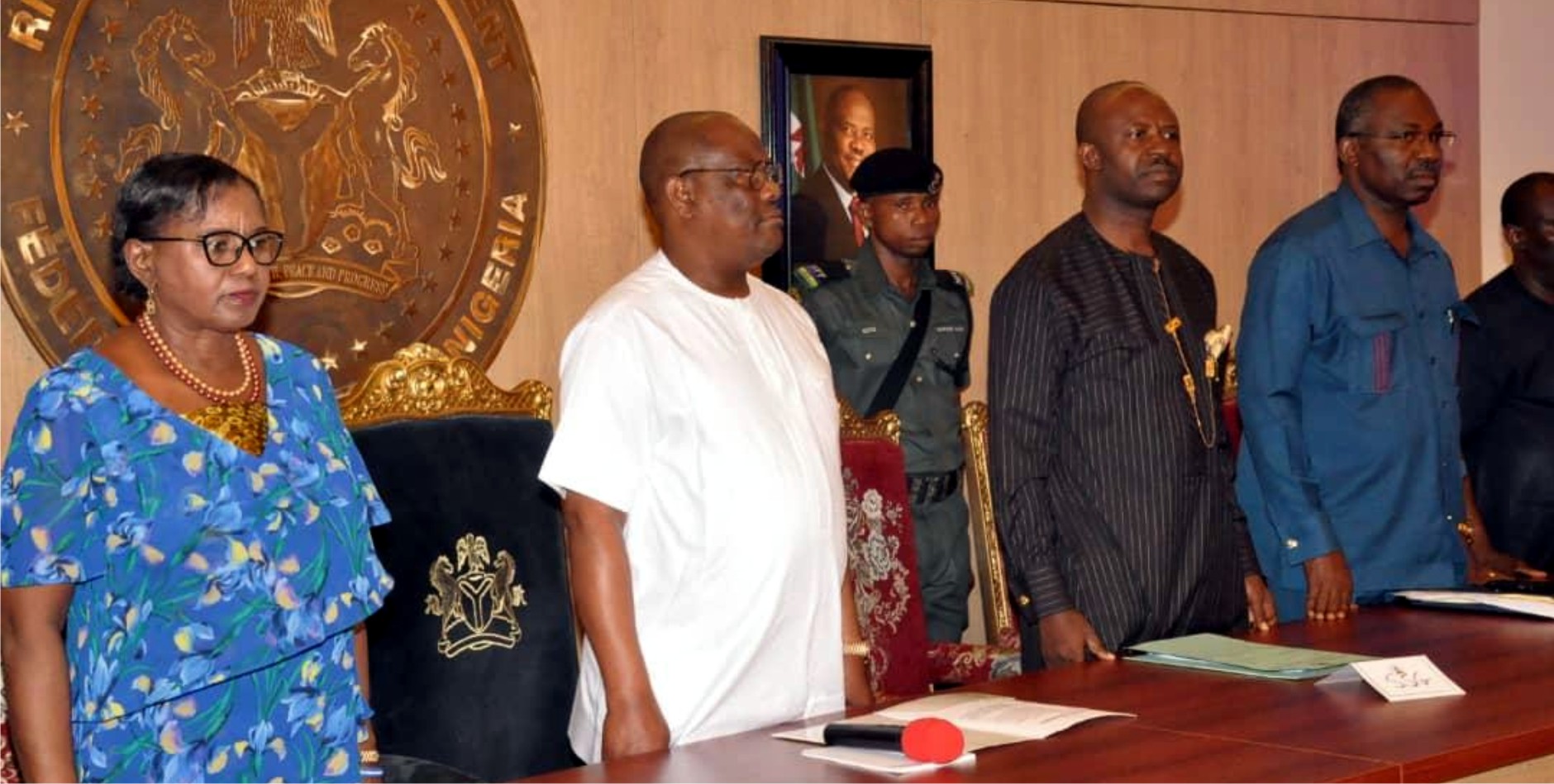 The Head of the Civil Service in Rivers State, Mr Rufus Godwinss has tasked information officers in the state Ministry of Information and Communications and media practitioners in the state to continually seek to update their knowledge in order to properly report and present events to the public.
Speaking at a one-day training workshop organised by the ministry, Mr Godwins said the need to update their skills and knowledge had become more important because of the sophistication and knowledge of the readers and audience.
Mr Godwins, who was the special guest of honour at the event, which took place at the secretariat of the Nigeria Union of Journalists (NUJ), Port Harcourt last Tuesday, noted that as a bridge between the ministry and the public, information officers should always strive to be abreast of policies of government and issues of governance in order to properly inform the public accurately.
“Don’t report fake news. Avoid stale news. Strive to be very knowledgeable by updating yourselves constantly. The people rely on you and the burden of responsibility is yours to prove by accurate reportage of events and your carriage in the discharge of your duties”, he said.
Also speaking, the Chairman of the Rivers State House of Assembly Committee on Information, Hon Enemi George Alabo advised journalists to concentrate on building their capacities as that will ultimately impact positively on their understanding and reportage of events.
Alabo, who was the chairman of the occasion, said the responsibility to market and constantly promote Rivers State and Port Harcourt as a brand and destination for investment rests on the shoulders of the information officers.
“We must be careful about what we report, how we report things about the state. We should all work together to drive this new narrative about the state which your ministry is rightfully driving.
“Therefore, equip yourself sufficiently by reading widely, because everyone has the potential to do great things to help humanity and the larger society”, he urged.
The lawmaker, who represents Akuku-Toru Constituency in the House, urged journalists to concentrate more on reporting about people rather than politics and power, noting that the real power belongs to the people, who are the reasons for governance.
He commended the permanent secretary for organising the workshop and urged that it be made more regular as the benefits were enormous.
Earlier, the Permanent Secretary of the Ministry of Information and Communications, Pastor Paulinus Nsirim had reiterated the need for the workshop which he described as a veritable tool for the advancement of Information

officers and media practitioners in the state.
He expressed regrets that the last workshop of this kind by the ministry was over eight years ago, a situation, he said, must be reversed, as there was constant need to update and improve the knowledge of information officers in the ever changing world.
Also speaking at the event, the state chairman of the NUJ, Stanley Job Stanley, commended the permanent secretary and the ministry for organising an inclusive workshop for the benefit of journalists in the state.
He appealed to parastatals under the ministry to also organise routine workshops in their various organisations as the importance of such cannot be over-emphasised.

Papers were presented by Prof. Godwin Okon on “News Writing and FoI Act”; Dr C. I. Ochonogor on “Features Writing”; Prof C. U. Omegu on “Interview Techniques” and Dr Richard Amadi on “Writing Press Release”.
In a post workshop interview, participants expressed satisfaction with the exercise, noting that it has been most beneficial and rewarding.
They commended the permanent secretary for putting together the workshop and called for more, and assured to put in practice what they had learned from the workshop.
Over 60 participants attended the workshop from the Ministry of Information and Communications, Parastals under the ministry and the NUJ.