Founder, Jesus Peoples Mission, Nzuko Onyejiuwa, has called on Nigerians irrespective of their political or religious differences, to pray for leaders and not to castigate them.
Onyejiuwa, who made the call in an interview with newsmen on Tuesday in Lafia, said that Nigerians should rather pray and advice the leaders when necessary.
According to him, when citizens show gratitude to leaders for the little things they have done, they would be encouraged to do more.
He said that leadership, particularly in a heterogeneous society such as Nigeria, was an uphill task, adding that the leaders needed the grace of God to succeed.
“Given the alarming rate of crime and criminality across the country, we seriously need God intervention to salvage us.
“The rate at which things are happening from the North to the South, human efforts alone would not work unless God intervenes,” the Cleric said.
He commended Gov. Abdullahi Sule of Nasarawa State for his inclusiveness in governance and development strides since hi assumption of office.
“He has been able to tackle security, construct roads and schools, install solar-powered streetlights in all Local Government Areas, rollout youths and empowerment programmes.
“The governor has also allocated 200 seats to Christians to perform in the 2019 pilgrimage among others,” Onyejiuwa said.
He said if a person could do such things within five months in office, such a person needed prayers and encouragement to do more.
The man of God, however, appealed to the governor to rehabilitate urban roads especially within Lafia, the state capital, to uplift the face of the city.
He said that the road leading to his Church located behind the old GSM village, Makurdi road in Lafia, needs rehabilitation and appealed to the governor to help fix it.

The speaker, Kogi State House of Assembly, Mathew Kolawole, says Governor Yahaya Bello’s insistence that COVID-19 is a ruse is to ensure that the virus does not set the state’s economy backward.
He said in Ilorin yesterday that: “it is not that the Governor is not accepting the fact that there is a virus called Covid-19.
“He just wants us to know it is an advancement of malaria which is not really a big deal.
“That is why Kogi has refused to lockdown ever since the emergence of the virus because we don’t want what will negate our economy the more.’’
Kolawole made the declaration when the Correspondents Chapel of the Kwara Council of the NUJ awarded him with a medal for his contributions to youth empowerment.
He also told newsmen that the Kogi legislature supported Governor Bello’s presidential ambition to compensate the North Central geopolitical zone.
Kolawole said since Nigeria came into being no-one from the zone ever occupied the presidential seat.
“So, it will not be a bad idea if we have a president from this geopolitical zone as all other zones have been represented either as president or vice-president,’’ Kolawole said.
He added that the Assembly’s support for the governor was for the development of the country.
He said the Assembly members passed a vote of confidence on the Kogi governor as a young and dynamic leader, and for his achievements on security, women and youth empowerment and stability of the state’s civil service.
Kolawole also said that under his leadership, the Kogi State Assembly passed 140 bills and moved 500 motions in the 6th and 7th Assemblies. 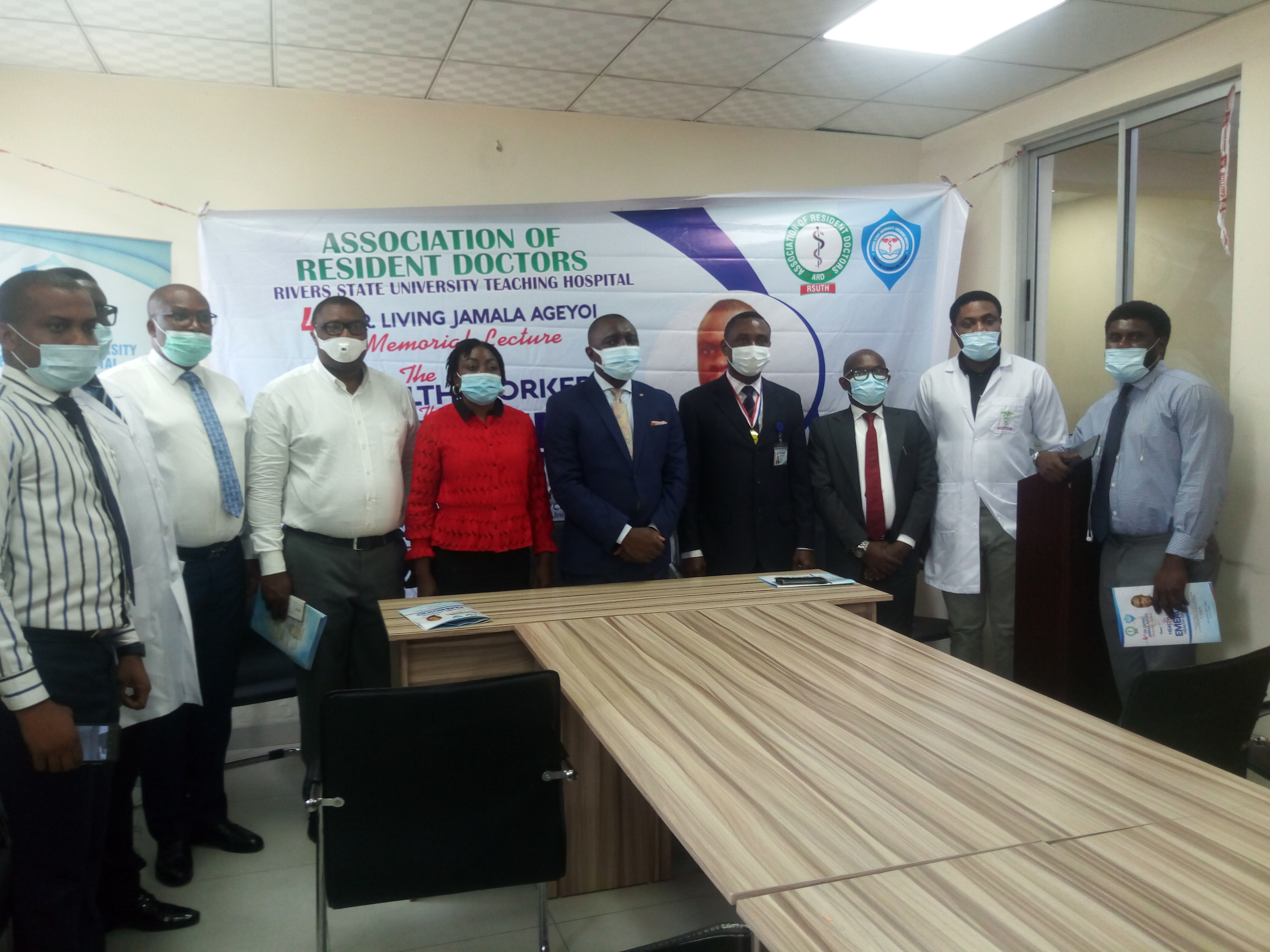 The Director-General of Progressive Governors Forum (PGF), Dr. Salihu Lukman, has advised Nigerians to rise above religious and ethnic sentiments in the country’s interest.
Lukman gave the advice in a statement in Abuja, yesterday, while speaking on ethnic and religious hatred and the deceitful campaigns in the country.
He expressed concern that the problem of hate was making the nation lose its humanity so much that the notion of survival both for individuals and groups was more about the ability to defend and rationalise your inclinations.
This, the forum’s DG said, was even in cases when the lives of other citizens were in danger.
He noted that the nation’s instinct to rationalise unacceptable realities had worsened and was certainly extinguishing the humanity.
Lukman added that this was especially to the extent that there was hardly any difference between leaders and followers as well as educated and illiterate citizens.
He decried the current challenge around the criminal conduct of kidnappers and bandits in the country.
He said that the activities of perpetrators of the heinous acts affected every Nigerian irrespective of ethnic and religious grouping.
“Unfortunately, given all the hate campaigns going on in the country, all public debates are reduced to an expression of support for one ethnic group against the other.
“Part of the problem is that we want to have what we believe is good alone and we don’t want to cooperate with each other to solve the common problems.
“And, whatever is bad is interpreted to be associated with other groups, which then lead us to believe that possible measures against groups outside us is what is required,” he said.
He noted that both citizens and political leaders get trapped in the deceitful consciousness that the solution lies in our bias and preferences which encourages us to further polarise our society and our citizens.
According to him, as society and nation are more polarised, the problem of criminality gets bigger and overwhelming.
He stressed that for political leaders to continue to enjoy the support of the people, they must identify with our divisive choices, otherwise their electoral prospects would remain in jeopardy.
This, he said, was a reality that had imposed the leadership of hate- mongers, maintaining that there had to be a way out of the situation.
He, however, added that our political leaders and parties needed to assert their authorities in mobilising alternative responses.
He stressed that the responses of political leaders should inspire Nigerians to rise above the current high wave of ethnic and religious hatred in the country that was weakening our capacity to arrest and prevent criminal activities.
Lukman appealed for moderation in the way issues were managed, adding that so long as we remain as a country with our diversities, there would always be such challenges which require skillful and careful handling.
He prayed God to continue to guide the country’s leaders to lead the nation in a new direction that would guarantee peaceful co-existence founded on love for each other across ethnic and religious divides.

The lawmaker representing Aninri Constituency in Enugu State House of Assembly, Hon. Chinedu Okwu, has urged residents of the state to take steps towards preventing fire outbreaks in their environments.
Okwu made the call in Enugu, yesterday, when he visited the scene of a classroom block recently gutted by fire at Nenwe Girls Secondary School.
The lawmaker stated that in the dry season, it had become expedient for residents to cultivate the habit of being cautious against fire outbreaks.
“It is our collective duty to protect our environment, part of it is to be safety conscious. We should take steps towards preventing this kind of incidents.
“We should not leave the environment bushy, we should not allow bushes close to buildings, we are in a dry period when fire can ignite easily,” he said.
Okwu who described the fire incident as unfortunate, urged stakeholders and members of the public to support the effort of government towards cushioning the effect of the inferno.
Also speaking during the visit, the Commissioner for Education, Prof. Uche Eze, urged the school management to be more safety conscious.
“Bushes should not be allowed as close as six metres to buildings, it is our duty to protect ourselves and our working environments.
“Whichever way we look at it, the fire incident will affect the school community in one way or the other, so we must be very cautious,” Eze said.
The school’s Principal, Mrs Rebecca Adumike said that the burnt classroom block had been in a dilapidated state before her transfer to the school in October 2019.
“Initially we did not allow students to use the block, we were forced to put junior students there because of shortage of facility,” Adumike said.
Chief Zonal Supervisory Principal, Mrs Rose Eze, described the incident as disheartening, saying, “desks and books belonging to the students were burnt,”.