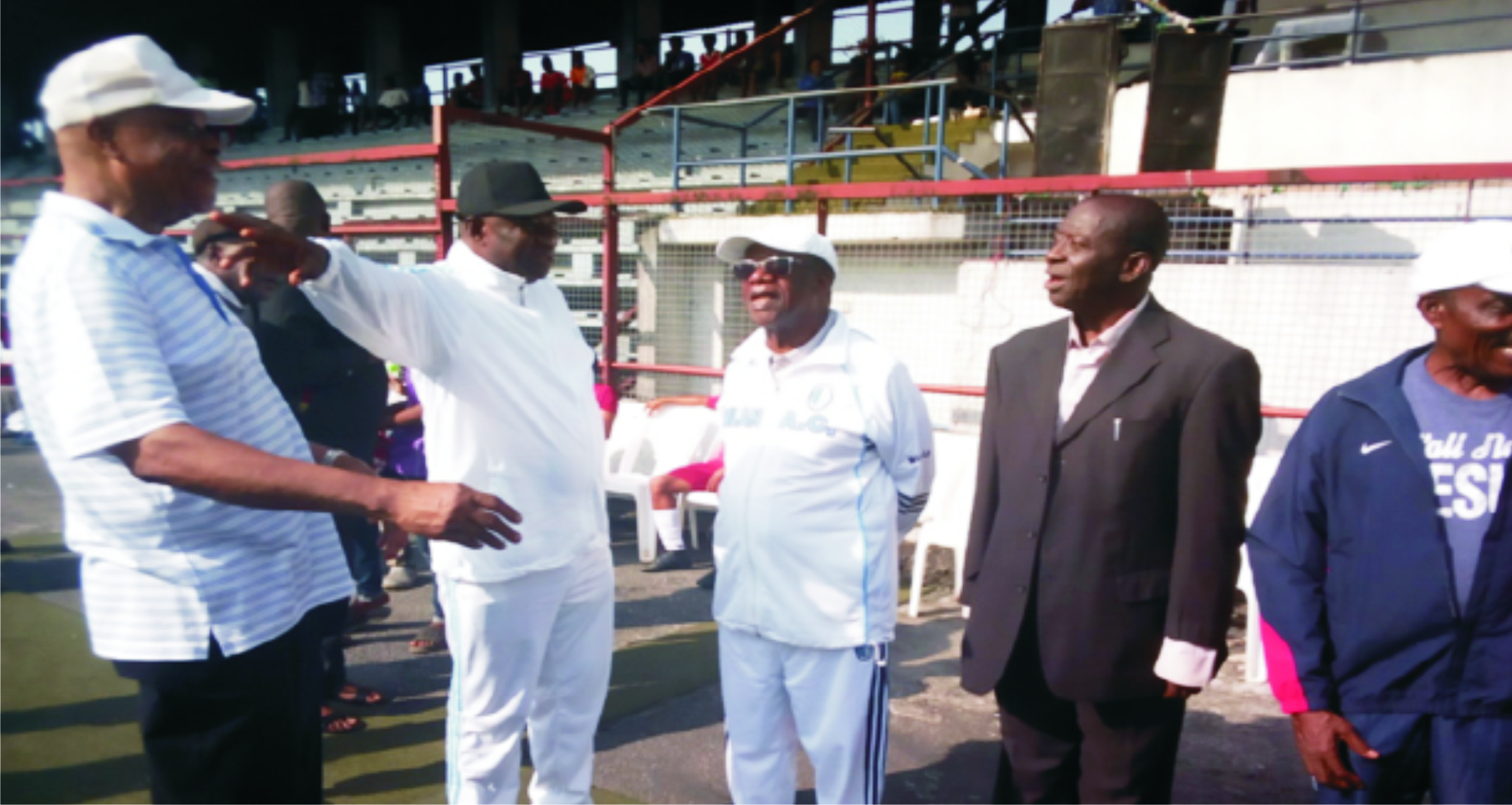 As part of activities to mark the 80th Anniversary, Old Boys of Okrika Grammar School ( OGS) thrashed Rivers Angels FC of Port Harcourt, 5-2 in a novelty encounter.
The match which took place at Sharks Football Club Stadium, last Wednesday, saw both team in a skillful display.
The game is poised to reunite the Old students of OGS and to further keep them fit.
Speaking shortly after the encounter, the  National Vice President of the Old Students, Daso Derefaka said they deserved victory because they trained for two weeks to select their players.
Derefaka, who is also the coordinator of the 80th anniversary thanked members for their efforts in making the activities of the convention a huge success.
In his remarks, Amaopu-Senibo Lawrence Argi Peterside who was a student of the school from 1943-1952 eulogised the institute as it has remained top in all their activities as a grammar school that speaks perfect and polished English and prayed that it would be maintained.
Some dignitaries that graced the encounter include the former Deputy Governor of Rivers State, Sir. Gabriel T.G.
Toby, a retired CBN Manager, Dr. Graham Kakio, a Paramount Ruler of Elelenwo in Obio/Akpor Local Government Area, HRH Meke Wodi, the first Chartered Accountant in Rivers State, Senibo Allwell Brown and Barr. Bomo Aprikumo among others.