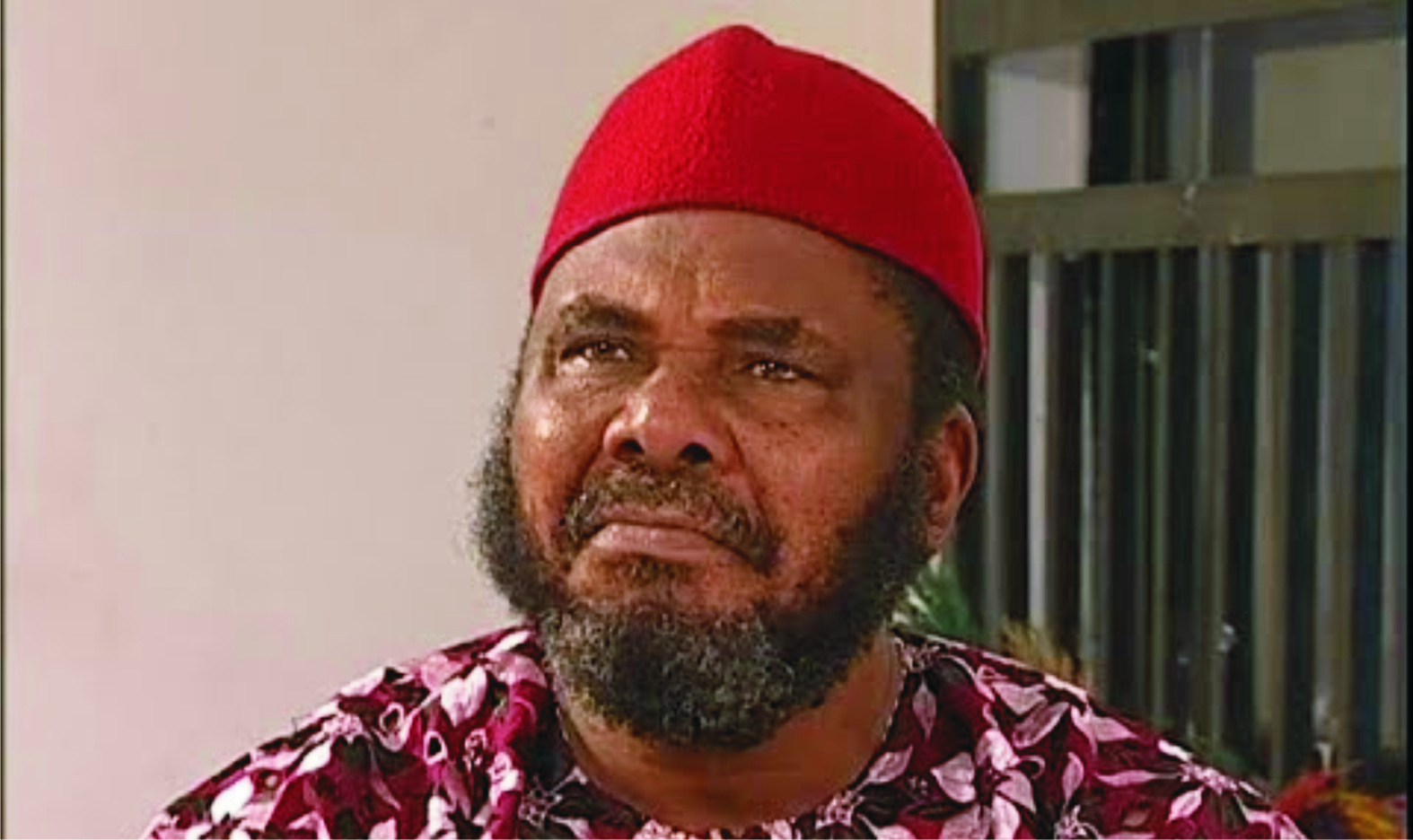 Lotanna Odunze, who is widely referred to as Sugabelly, referred to Pete Edochie as a bad actor on Wednesday, November 6, 2019.
“Pete Edochie is a really bad actor,” Sugabelly tweeted.
Odunze made the statement in a series of tweets, where she gave the reasons for her opinion on the acting abilities of veteran actor, Pete Edochie.
“…He’s been playing the same role his entire life. Acting isn’t quoting proverbs. But Nigerians live and die by seniority so the older he gets, the less anybody is able to point this glaring elephant in the room out,” she opined.
The Sugabelly, who runs an online platform where the Igbo language is being taught for a fee, went on to criticize filmmaker, Kunle Afolayan and veteran actor, Joke Silva.
A U.S. based illustrator, SugaBelly says Pete Edochie is a bad actor who churns out proverbs rather than acting.
The illustrator said Afolayan’s recent effort, ‘Mokalik’ is ‘nonsense’.
‘Kunle Afolayan needs to refund me the over 1 and a half hours of my life I wasted watching his nonsense film Mokalik,’ she tweeted.
Though Sugabelly said Joke Silva is a pretty good actress, she chides the old actress saying she overacts.
“Joke Silva is a pretty good actress but she overacts a lot. Not through her movements but through her voice. She always sounds as if she’s reciting Shakespeare when she’s meant to be chatting with her adult child at breakfast. Also, she doesn’t have much variation in roles,” she said.
Fans of the Nigerian movie stars – especially Pete Edochie – won’t have any of Igwe-Odunze’s take on Nollywood and they are gunning for her head.
The illustrator maintains that Hollywood actors like Leonardo Di Caprio and Brad Pitt rank high as versatile and good actors.
However, a fan has declared that calling Pete Edochie a bad actor is ridiculous and here’s why.
It is clear that not every actor will have the adjective ‘good’ or ‘bad’ to qualify their ability to interpret roles but calling Pete Edochie a bad actor is laughable.
American film writer, Lee Daniels once said, ‘Most actors want the audience to like them, and that leads to bad acting’. Pete Edochie has reached great heights in his career. He enjoys doing what he does best without waiting for the audience to cheer him on. At least not at the age of 72!
The Academy For Motion Picture Arts and Sciences had, on November 4, disqualified Genevieve Nnaji feature film, ‘Lionheart’ from potentially getting nominated in the ‘Best International Feature Film’ category at the 2020 Oscars.
‘Lionheart’ was Genevieve’s directorial debut and she also starred in the film alongside popular Nollywood names like Nkem Owoh, Pete Edochie, Onyeka Onwenu, Kanayo O. Kanayo and Nigerian rapper Phyno. [Instagram/GenevieveNnaji]
The news got several Nigerians and non-Nigerian agitated over what should have been Nigeria’s first representation at the widely accepted movie awards.
As the dust was clearing off, the seething anger in Nigerians was re-ignited when a tweet claimed Edochie’s acting abilities is poor in a bid to point out that most Nigerian films are bad and couldn’t make it to the Oscars. The Twitter user went further to berate some Nigerian filmmakers saying there’s no visible film ready for Oscars in Nollywood.
In the heat of her rant, the Twitter user opined that Pete Edochie was a bad actor because he’s been playing the same role his entire life – a statement which is in its entirety wrong and false.
The same personality insisted that all Edochie does is dropping proverbs in his dialogues and this made me wonder if the old man decides what dialogue he gets for any movie role. Obviously no. If the script requires him to make use of proverbs in interpreting roles, it’s only professional that he does just that. If his ability to use these proverbs well sits with his age, well, it’s just an added advantage and he should not be held responsible for neither his age or the good use of proverbs in interpreting roles as demanded of him.
Zulu Adigwe and P`sete Edochie on the set of Forbidden Land
Was the criticism right?
Every individual has a right to his or her opinion on any issue irrespective of how vast the individual is on the subject matter. Hence, the right to an opinion or submission of who and what makes a good actor.
Again, some of the points raised for this submissions are largely hinged on being stereotyped and remained complacent having done the same thing for more than three decades.
Pete Edochie in ‘Things Fall Apart’
The submission was further backed up with the suggestions that at his (Edochie) age and his level of acting seniority, he has the luxury and power to cherry-pick his roles yet he keeps acting the same old tired chief with no personality variation whatsoever shows that he’s lazy and mostly talentless.’
This, I find disrespectful to a man who defined his career at a young age by playing the role of Okonkwo in an NTA adaptation of Chinua Achebe’s all-time best selling novel, ‘Things Fall Apart’.