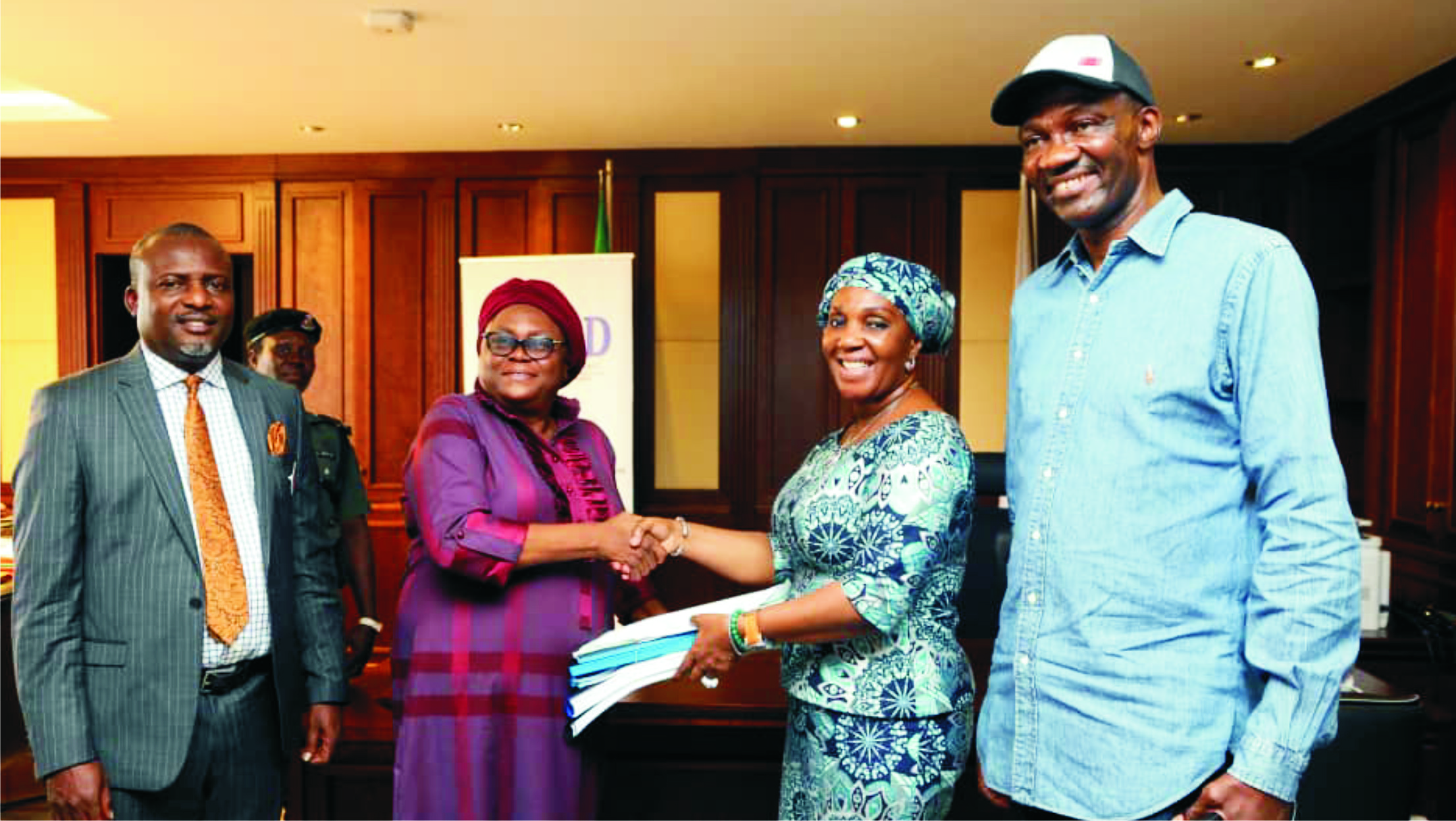 The Senate, yesterday, confirmed the appointment of the nominees for the chairmanship and members of the board of Niger Delta Development Commission (NDDC) in accordance to Section 2 (2a) of the NDDC Act, 2000.
It would be recalled that President Muhammadu Buhari had earlier forwarded the nominees to the Senate for confirmation.
The nominees include; Dr. Plus Odudu (Edo) chairman; Bernard O. Okamagba (Delta) managing director; Engr. Otobong Ndem (Akwa Ibom), executive director Projects; Maxwell Oko (Bayelsa), executive director Finance and Administration; Prophet Jones Erue (Delta), Delta representative; Chief Victor Ekhator (Edo), Edo representative; Dr. Joy Yimebe Nunieh, Rivers representative; Nwogu N Nwogu, Abia representative; Theodore A. Allison, Bayelsa representative; Victor Antai, Akwa Ibom representative; Maurice Effiwatt, Cross River representative; Olugbenga Edema, Ondo representative; Hon. Uchegbu Chidiebere Kyrian, Imo representative; Aisha Murtala Muhammed, North-West representative; Shuaibu Ardo Zubairu, Adamawa representative; and Amb. Abdullahi M. Bage, Nasarawa, North-Central representative.
However, the Rivers nominee, Dr. Joy Nunieh was the only one not confirmed due to her absence during the screening exercise conducted by the Senate Committee on NDDC led by Senator Peter Nwaoboshi (Delta North).
This was made known by an observation by Nwaoboshi when he notified the Senate that Dr. Joy Nunieh was absent during the screening process, and subsequently urged the Senate to declare her ineligible for confirmation.
In response to Senate President, Dr Ahmed Lawan’s inquiry from Nwaoboshi if there was any official correspondence from Joy Nunieh explaining her absence, Nwaoboshi clarified that the Rivers nominee was not present during the open meeting of the Senate committee and that the committee further asked the Special Assistant to Mr. President, Senator Babajide Omoworare on her whereabouts and he replied that she was duly communicated and he was actually expecting her presence at the meeting.
He informed the Senate president that a decision was taken for her and Aisha Mohammed (North-West nominee) to appear before the committee on Monday but further explained that while Aisha was available Joy was absent yet again.
Following the development, Minority Leader, Senator Eyinnaya Abaribe, in his remarks, pointed out what can be termed a confusing scenario when he revealed that the Rivers nominee was recently sworn in as the acting managing director of the interim management committee set up by the Minster of Niger Delta, Senator Godswill Apkabio.
Abaribe said, “Some clarifications that I want to get from the chairman of the Senate Committee on NDDC is that this member representing Rivers State appears to be the same person that was sworn in as the interim managing director of NDDC. I’m not sure of the position she was sworn in was, which brings in some little confusion. What I will say is that this confusion is not needed, what we have are the nominees from Mr. President. Ours is to do the needful for Mr. President and return to the Presidency in due course.