Commercial activities were paralysed yesterday in parts of Balogun market on Lagos Island when a Plaza near the market went in flames.
The Tide source who was at the venue of the incident reports that the inferno was as a result of an electrical fault on the fifth floor of Brasas Plaza on Martins Street, Lagos.
The Tide learnt that Brasas Plaza, a five-storey building, was stocked with clothes, bags and other imported goods on every floor.
Some traders, who left their businesses for the scene of the fire outbreak, said that the wild raging fire started at about 9:00 am.
As the fire raged uncontrollably on the fifth and fourth floors, many young men and women were helping to salvage the yet to be burnt goods.
For four hours, the Lagos State Fire Service, UBA Fire Service, Union Bank Bronto Skylift F42 and the Lagos State Emergency Management Agency (LASEMA) were struggling to put out the fire.
The Tide reliably learnt that the building, had in previous years, witnessed similar fire outbreaks, especially when the year was coming to an end. ‘’This is no longer new to us because every year, apart from last, this building always burns.
“This building is owned by one business woman. The building is not part of Balogun market,’’ one of the traders said.

The Nigerian National Petroleum Corporation (NNPC) said on Wednesday that the country is currently losing an average of 200,000 barrels of crude oil daily.
Group Managing Director, NNPC, Mele Kyari, disclosed the volume of crude oil lost daily in Nigeria while speaking at a meeting with the Chief of Defence Staff , Major General Lucky Irabor.
The Tide reports that Brent, the oil against which Nigeria’s crude is priced, was $66.75 per barrel on Wednesday, while the official exchange rate of the dollar stood at 379 per dollar.
From the above figures, it showed that the country was losing about N151.79 bn in 30 days, going by the 200,000 barrels of crude oil being lost daily, as revealed by NNPC.
The NNPC boss was quoted in a statement issued in Abuja by the corporation’s spokesperson, Kennie Oba-teru, as saying, “We have two sets of losses, one coming from our products and the other coming from crude oil.
“In terms of crude losses, it is still going on. On the average, we are losing 200,000 barrels of crude every day”.
On his part, Irabor promised to galvanise the military to provide maximum security for the nation’s oil and gas assets.
He said, “I am delighted that you made this effort , and I tell you that the Armed Forces of Nigeria will collaborate with you to protect NNPC ’s assets”.
Irabor acknowledged the role of the oil and gas sector to the economy and stated that there was need for collaboration between the NNPC and the Armed Forces to protect oil and gas facilities.
“It is my intention to cooperate maximally with you and to give necessary instructions to all officers in the Armed Forces,” he said.
Meanwhile, a professor of law at the University of Lagos, Dayo Ayoade, has said the Federal Government was losing huge revenue in the upstream sector through the inadequacy of the measurement infrastructure.
The lecturer said the nation lost 500 million barrels of crude oil valued at $44.7bn which was not assessed for royalty and tax between 2009 and 2019.
Ayoade who disclose this at a virtual meeting on illicit financial flows organised by the Independent Corrupt Practices and Other Related Offences Commission  (ICPC) in Abuja on Wednesday, pointed out that Nigeria currently relied on crude oil producers for determination of crude oil volumes.
According to him, “Nigeria currently relies on holders and producers of crude oil for determination of volumes of crude oil”. 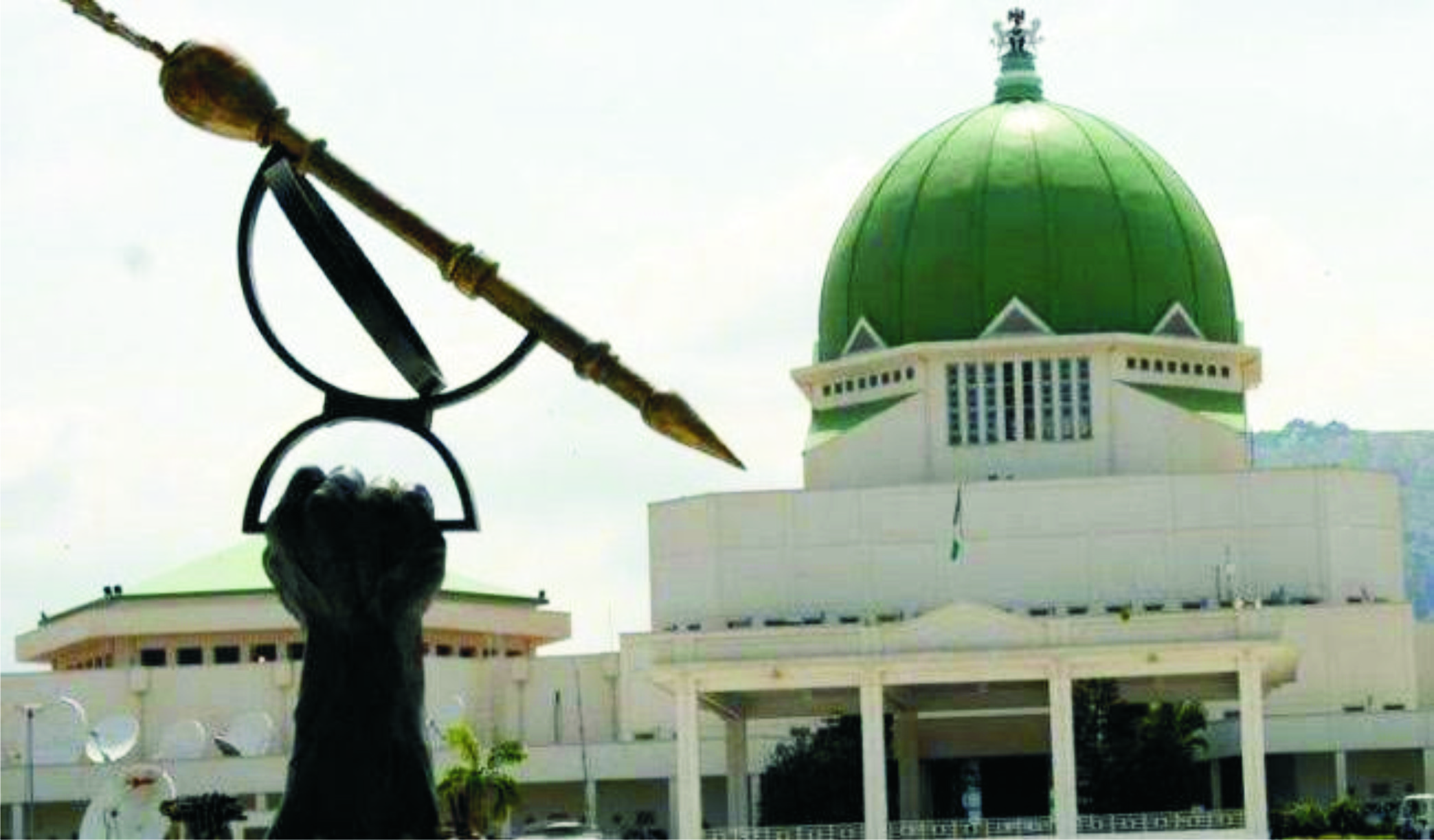 The National Assembly says it is working tirelessly to ensure the passage of the Petroleum Industry Bill (PIB) in April, this year.
This revelation came as the Joint Ad-hoc Committee of the National Assembly expressed regrets over the poor condition of the nation’s refineries, adding that PIB when passed would revive the refineries to function optimally.
The joint committee of Senate and House of Representatives said this in Port Harcourt, Rivers State, on Wednesday, during a visit to Port Harcourt Refinery Company, in continuation of its oversight visit of the refineries in the country.
Chairman of the Ad-hoc Committee in the House of Representatives on PIB, and the House Chief Whip, Mohammed Mougunu, said that the committee was poised to pass the petroleum bill as soon as possible.
Mougunu noted that the main focus of the Bill was to entrench reformation of all the nation’s refineries to international standard, noting that there as the need to make the country’s refineries more competitive.
He said, “The main thrust of the PIB is to reform our oil and gas industry, to make it more competitive and bring their operation in tandem with international best practices.
“We are here in Port Harcourt refinery to see their constraints and how best within the prodigies of PIB, leverage on same and then make their operations more competitive in a bid to attract the much-needed investment in the oil and gas industry, especially against the backdrop of the fact that the world is now moving away from fossil fuels to renewables”.
Mougunu said NASS would ensure the passage of the long-awaited PIB in April, adding that the bill will bring to an end the capital flight.
Speaking earlier in a meeting with the management of Port Harcourt Refinery, PHRC, the Senate Ad-hoc Committee Chairman on PIB, Sen. Sabo Nakudu, said that the committee was mandated to submit its report to the House as soon as possible.
Also, Sen. Albet Bassey, who is Chairman Upstream, at the Upper Chamber, expressed regrets over the moribund condition of the nation’s refineries, noting that efforts were on to return life to the facilities.
However, the Managing Director of PHRC, Ahmed Dikko, expressed optimism that rehabilitation of the facility would commence in April. 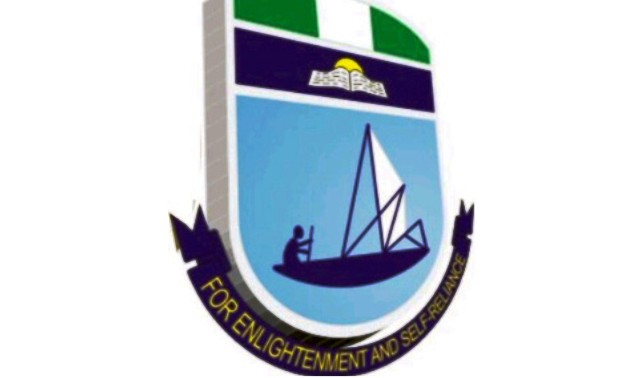 Transport operators and those that do business within and around the University of Port Harcourt environment are now smiling again, as the school has fully resumed for academic activities.
Our correspondent who went round the school environment in Choba observed that some of those that operate taxi and bus shuttle services who were complaining of low patronage before now due to a long period of the school closure are now smiling again.
One of the taxi operators, Mr Mike Enyia, who operates between Choba and Abuja campus, told The Tide that business activities had begun to pick up as students are now back on campus.
He said things were tough for him and his family during the time the school was closed as he could barely meet up with daily returns.
Chigozie Eme, a bus operator, said normal business had returned because students population forms the bulk of their passengers.
“During the period of strike of ASUU and lockdown, my business went down, and I was tempted to withdraw my vehicle from this line, because it was difficult to take care of my family.
“Thank God that the school has reopened, and normal operations have begun. Without the students on campus, our business will suffer, and we will have no money”, he said.
Meanwhile, one of the shop owners behind the Abuja Park/Aluu Road, Mr Promise Alozie, also expressed happiness over the reopening of the school.
He said his business was badly affected during the period of the closure due to lack of patronage, but noted that the situation has changed now.
Alozie, however, decried the attitude of some landlords in the area who increased their rent despite the challenges faced by many shop owners.