The Managing Director of Schneider Electric for Anglophone West Africa, Mr. Christophe Begat, was recently reported to have said that about 90 per cent of Nigerians lack access to safe and efficient electricity.
Begat’s disclosure which was made at his firm’s 2019 Digital Innovation Day in Lagos, raises serious concern as it came from an expatriate who expectedly spoke from a professional standpoint rather than a politician whose argument is wont to be laced with unnecessary propaganda.
To be sure, Nigerians had previously bandied figures to illustrate the prostate state of the nation’s power sector but none has been as frightening as the latest rating from a firm that is deeply engaged in the development and management of minigrid power supply systems, especially in Nigeria’s rural areas.
It is sad to observe that Nigerians would find themselves in this near hopeless situation six years after the nation’s power supply structure was unbundled and privatised. As at the time of the September 30, 2013 privatisation, the country had six electricity generating companies (Gencos), 11 distribution companies (Discos), the Transmission Company of Nigeria (TCN), the Nigerian Bulk Electricity Trading Plc (NBET) and the Nigerian Electricity Regulatory Commission (NERC) as the regulatory authority. Unfortunately, these efforts have only yielded a marginal improvement in the power situation.
Prior to 2015, the maximum daily power output across the country was said to be between 1,500 and 2,750 MW. This saw an initial push to 4,000 MW after a genuine attempt was made by the Federal Government to upgrade the existing power infrastructure. But it did not take long before electricity output and supply relapsed to about 3,125 MW, principally on account of a drop in water level, gas supply shortfall and weak transmission lines.
According to Vice President Yemi Osinbajo, while commissioning a power project in his native Ogun State, recently, Nigeria currently has an installed capacity of 13,427 MW of which about 8,340 MW is available whereas the grid has the capacity to transmit only 7,000 MW. But some power sector analysts have quickly countered by saying that the nation currently struggles to produce an average of 5,000 MW out of which about 7.5 per cent is lost in transmission and 30 per cent rejected by the DISCOs.
The epileptic supply of electricity in Nigeria has led to many foreign industrial players relocating their activities to countries where power supply is more predictable. And this means loss of employment, taxes, rents, technology transfer, corporate social responsibility benefits and high cost of goods hitherto produced within. Those who chose to stay back are forced to rely mostly on private electricity generators for their power needs while having to cough out estimated monthly bills for whatever little supply (if any) that may come from the public power source.
The Federal Government was said to have realised $2.5 billion from the power sector privatisation, virtually all of which sum went into the payment of disengaged staff of the defunct Power Holding Company of Nigeria (PHCN); but we are also aware that there have been several government financial interventions in this industry. The latest being the Finance Minister’s announcement of the approval of a $3 billion loan by the World Bank at the just-concluded Bretton Woods institutions meeting in Washington, DC.
Of course, this is outside similar interventions by the Central Bank of Nigeria (CBN) and foreign development agencies like USAID, JICA of Japan, GIZ of Germany, among others. In fact, the CBN recently revealed that it had advanced a total credit of N1.695 trillion to the nation’s electricity industry since the privatisation exercise. Where all this has gone into still beats the imagination us as there is hardly any evidence on the ground to explain such humongous outlay.
The Tide is also not unmindful of the fact that the nation’s power investors are operating under very difficult circumstances. These are businessmen who borrowed hugely at the prevailing foreign exchange rate of N155/US Dollar to pay for the acquisition of power facilities in 2013 only for the Federal Government to devalue the Naira to the level of N360/US Dollar in 2016. However, we think that embarking on a sustained metering process alongside the aforementioned government interventions would have enhanced their capacities to repay such loans than the option of estimated billing. Even their resistance to attempts at eliminating this billing method via the maximum demand customers’ option and the ongoing meter asset providers (MAP) has proved futile.
On its part, the Federal Government should endeavour to reduce its overbearing influence in the power sector. NERC is already a government agency, TCN is wholly owned by the government and NBET Plc is equally a state outfit despite its nomenclature. Let whatever tariff that is approved for the sector reflect the prevailing market situation in so far as every electricity user is metered as to pay for exactly what they consume.
Finally, government and, indeed, the private sector should sustain efforts at diversifying the nation’s energy mix from hydro and gas-powered systems to include solar, wind, coal, biomass/biofuels and nuclear. Off-grid clusters should continue to be developed for Micro, Small and Medium Entreprises (MSMEs). In fact, government needs to declare an emergency in the power sector if Nigeria must take full advantage of the recently signed African Continental Free Trade Agreement (AfCFTA).

Oil Discovery In North: Not Yet Uhuru

The appointment of immediate past Nigeria’s service chiefs as non-career ambassadors is generating long-standing controversy in the country. Despite the discomposure, President Muhammadu Buhari has forwarded their names to the Senate for screening and confirmation. And as expected, the All Progressives Congress (APC) dominated Senate is very unlikely to upturn the President’s decision to make the retired military chiefs representatives of Nigeria. Their appointments, in the first place, indicate that Buhari did not want them out of office.
The former service chiefs are General Gabriel Olonisakin, Lt. General Tukur Buratai, Air Marshal Siddique Abubakar and Vice Admiral Ibok-Ette Ibas. During their time in office, Nigerians ridiculed and derided them and asked that they be thrown out of the office for gross incompetence. The campaign had lasted more than two years since the service chiefs, appointed in 2015, were expected to have statutorily ended their military career.
When former President Goodluck Jonathan was in power, the insurgency was outstanding even when he handed over to the present administration. Nigeria was literally on fire as killings, bombings and maimings were the order of the day. The situation exacerbated under this government. The North East, North Central, North West, and of recent South West have all been undergoing unbearable circumstances.
As many Nigerians were slaughtered senselessly, and sometimes before their relatives, the military failed spectacularly to guarantee peace under their command. Kidnapping became the order of the day in all parts of the country, while highway robbery orchestrated a return. It was for that reason Nigerians wanted them out by all means. Federal lawmakers, governors, civil society groups, faith-based organisations, all pointed to the need for their sack. Officers serving under them sadly became demoralised as some had to quit the force altogether under different guises.
When eventually the service chiefs disengaged and were replaced by other experienced officers, the least expected of the Commander-in-Chief was to show aristocratic disdain for the public by appointing them ambassadors. We indeed seem confused by their appointments and urge Nigerians to request further details on the development. The reason is, there may be more to the nomination than meets the eye. It appears to us that Buhari sees them as absolutely indispensable?
These people just left office as a result of the bitter outcry by Nigerians. It is, therefore, expected that they would take a deserved rest and truly reflect on why Nigerians insisted they should exit the office. Rather than do that, the President decided to give them supplementary glory. There is nothing wrong with bestowing such appointments on people that are retired but not tired; however, these officers have retired and are tired. Assuming that they were not tired, it would have been a different ball game.
The Nigerian Senate that has the constitutional mandate to screen and declare them fit for the position or otherwise and even countries where they are likely to be posted to should reject them as ambassadors even though that may look like a tall order, particularly for the upper legislative chamber. Besides the fact that the appointments are incredibly awkward, hence, the need to be debriefed before being considered for such designation to office, our position is further hinged on the allegations of rights abuses and crimes against humanity levelled against them while they held sway as commanders of the country’s military.
We also hold the view that President Buhari’s administration has flagrantly flouted the recommendation of the erstwhile Presidential Advisory Council on International Relations (PACIR) which pegged the percentage of non-career ambassadors to 25 as against career ambassadors of 75. But as it stands now, the number of non-career ambassadors has surpassed that of the career ambassadors. Non-career diplomats are almost 60 per cent while the career is 40 per cent.
This development has been trailed by widespread condemnation, with many Nigerians suggesting that the President’s decision was aimed at shielding the former military officials from possible prosecution, especially by the International Court of Justice (ICJ) in line with Article 29 of the Vienna Convention which protects diplomats from arrest and grants them immunity against civil and criminal prosecution.
The allegations against the military chiefs include the 2015 massacre of more than 350 members of the Islamic Movement in Nigeria (IMN), a Shiites sect, violent attacks on members of the outlawed Indigenous People of Biafra (IPOB), last October’s shooting of innocent Nigerians who took part in the #EndSARS protest at the Lekki Toll Gate in Lagos, and the extra-judicial killings in Oyigbo, an Igbo settlement in Rivers State, among others.
It should be noted that the diplomatic world is the turf of some professionals, hence the need to have several career ambassadors. The addition of the erstwhile service chiefs shows disdain for professional advice. The government has no reason to frustrate diplomats who had been waiting patiently to ascend the ladder to the last rung by bringing in men who failed in their last tour of duty. If cleared by the Senate, we hope they are not posted to countries that are vital to the interests and development of Nigeria since they are extremely inexperienced.
The military chiefs should be asked to go home and tend to their duties and not prevent others who are deserving of the appointments. Though they were not the first officers to be appointed ambassadors after retirement, having been preceded in such role by the likes of Brig-Gen. George Kurubo, the first Chief of Air Staff, Brig-Gen. Babafemi Ogundipe, a former deputy to General Aguiyi Ironsi and Brig-Gen Oluwole Rotimi, past governor of the old Western State, the officers are completely unfit for the job. 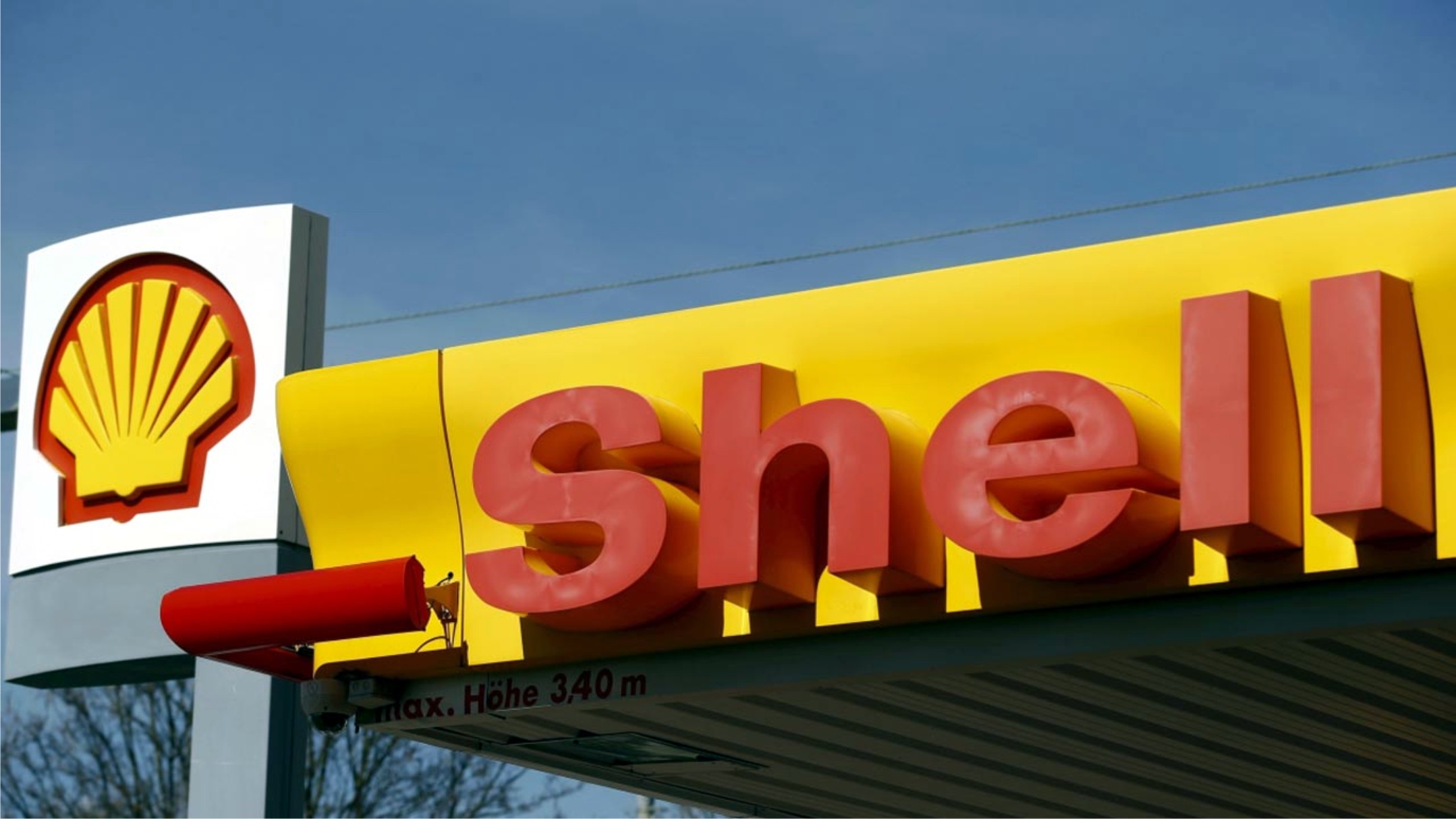