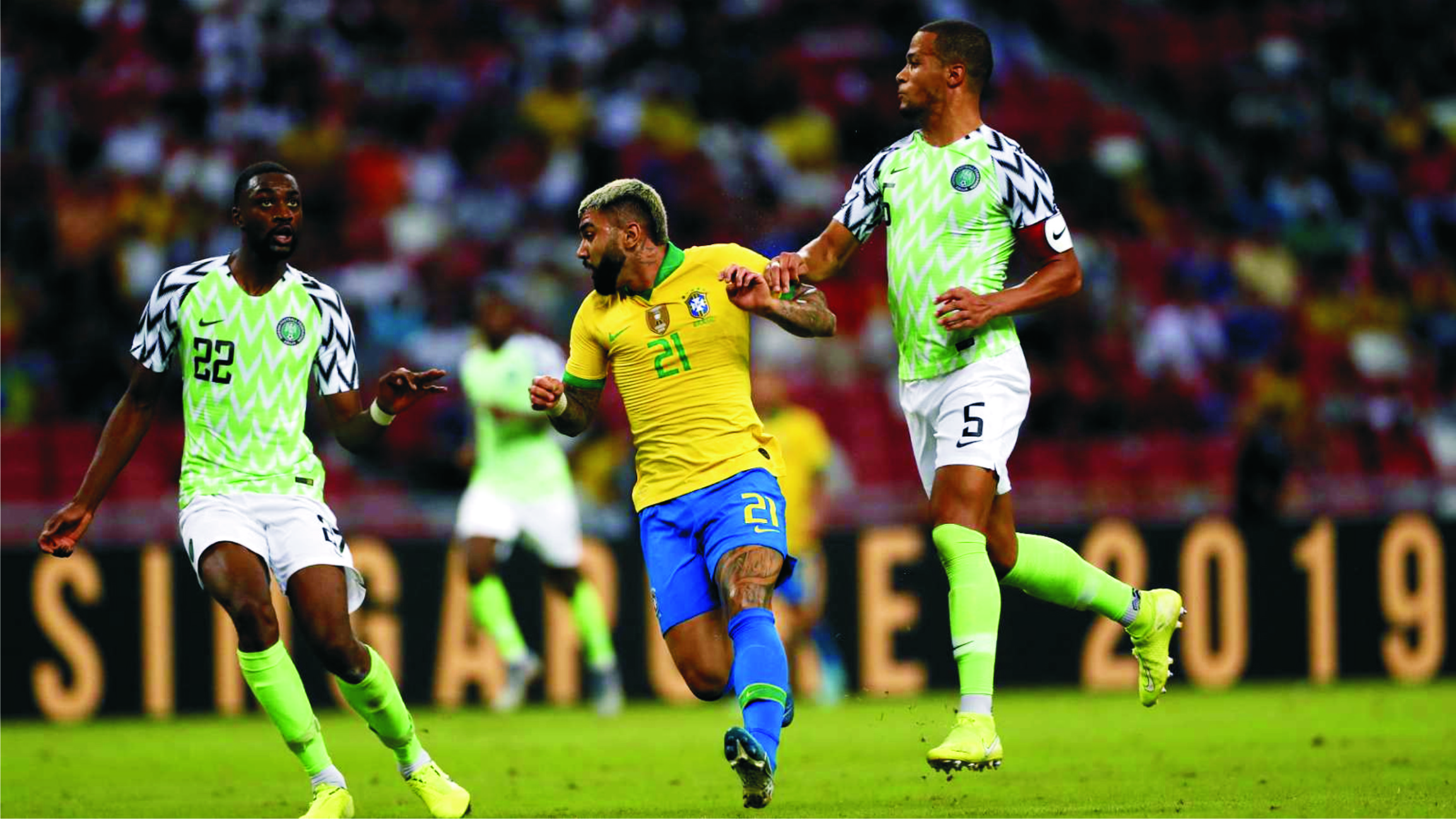 Reactions have continued to trail the Nigeria Super Eagles’ performance against the Brazilian National team in a grade A international friendly game.
The encounter was held at Singapore National Stadium, Kallang, last Sunday, it ended one all draw.
In his reaction, Hon Otonye Uche said the  Eagles’ performance was credible, saying that their future is bright.
He explained that fielding young players  against a good side like Brazil is a sign of improvement.
Uche commended both players and technical crew, added that with such impressive performance they will do well in 2021 Africa Cup of Nations (AFCON)
“If only they can keep these set of players they  will do well in future competitions “  Uche said.
Bariledum Leema, a sports analyst in  Port Harcourt, also lauded  Eagles’ impressive performance.
According to him, what Eagles need now is a quality coach.
“The future of the Super Eagles of Nigeria is bright. They will even do better, but what they need now is a good coach” Leema said.
He further explained that, even without some important players during the match the Eagles gave a good account of themselves.
He described the game as a huge improvement from Nigeria 3-0 defeat to the Brazilian in a friendly match in Abuja in June 2003.