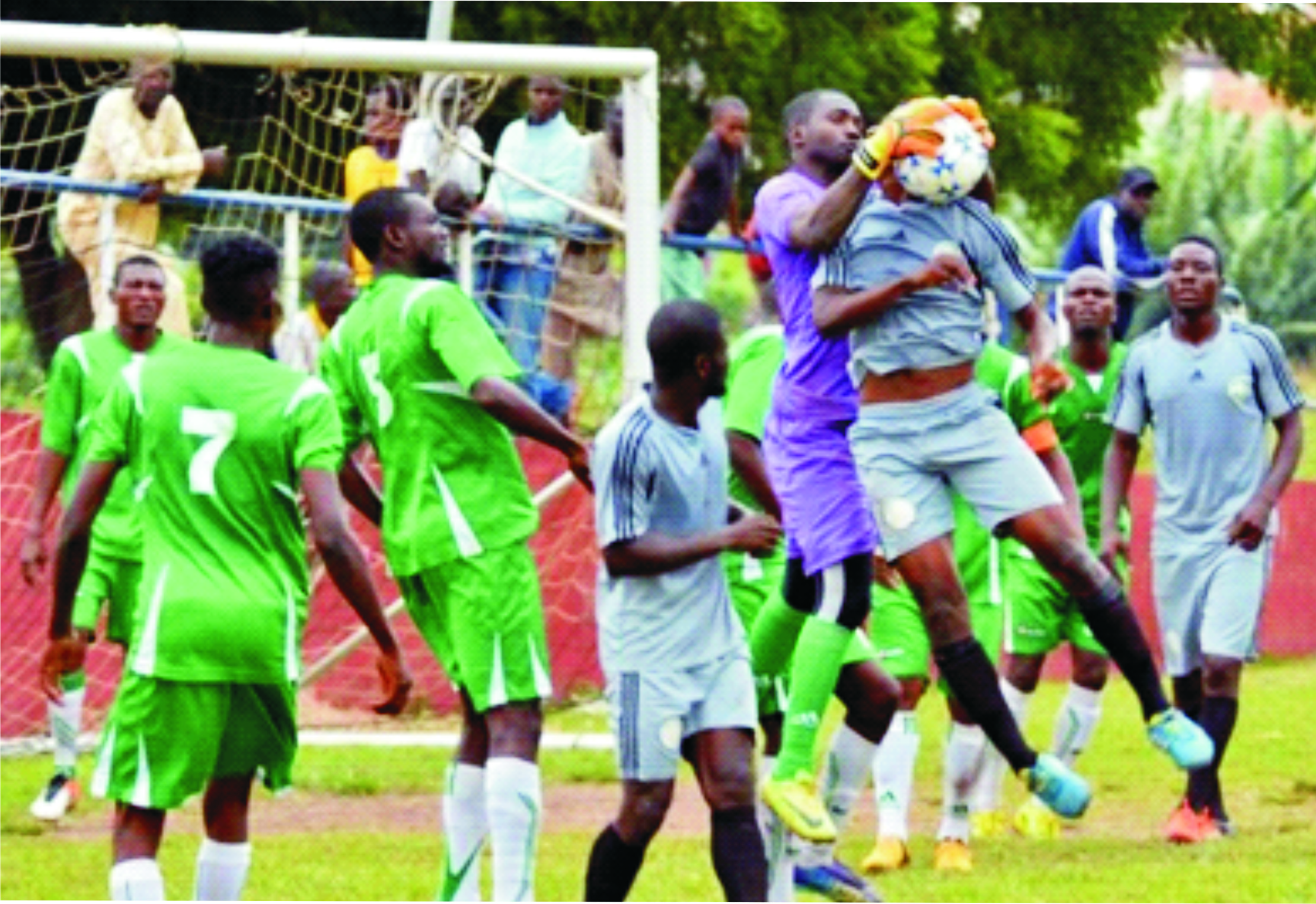 Ahead of the Bet9ja Elephant Cup, a grassroots football competition in Ogba Ashade, Agege, Lagos, the organisers have dangled N500, 000 for the winners at the end of the 2019/2020 season matches.
The Chairman, Ashade Ogba Football Committee, Mr Felix Ajanaku, made the disclosure at Ogba Ashade Palace during the draw and grouping of the 14 teams that would partake in the 2019/2020 season matches on Sunday.
According to him, 2019/2020 competition will be better organised than the last season.
“We are going to improve better than last season for both players and the best team this season.
“The most valuable player will be selected and the best team will all be compensated respectively.
“Also the best supporters group will be rewarded, all this has been put in place to encourage and engage our youths.
“The winners will be rewarded with N500,000, while the second and third place winners will also be rewarded with N250,000 and N100,000 respectively,’’ he said.
According to Ajanaku, all the teams are advised to appeal to their respective supporters during the matches to ensure there is peace and tranquility during matches.
Ajanaku said that with the cooperation of the teams and their supporters the 2019/20 season matches would be improved and advanced more than the previous ones.
“The success of the matches and security depend on our attitudes, we know ourselves very well and any team’s supporters that want to cause trouble will be sanctioned,’’ he added.
The committee’s chairman said stakeholders and team leaders had signed “No Violence Undertaken’’ to ensure everyone talked to his people when the matches kick off on October 20.
Ajanaku also tasked each team to pay any fine allotted to them during the competition before coming to the next match.
“Every team must be ready to abide by the rules and regulations which is very vital for the progress of the competition.’’
The competition has been existing for the 18 years where many of the teams’ players have earned both national and international offers.
“We thank the sponsors Bet9ja, Nigerbev, COMART, Ikeja and Agege Local Government Councils for their kind gesture toward the success of the Elephant Cup Competition yearly,’’ he said.
Chief Omokehinde Orejoko, the Matron of the Elephant Cup competition, also advised the players to imbibe fair play attitude during the matches, adding that the tournament was not a do or die affair.
“This is a competition, it is not a do or die tournament, and there must be fair play among the players.
“Teams must exercise brotherliness and ensure the matches are w0orthy to watch, the games should not scare the spectators away through violence because of the amount involved,’’ she said.
A player, Babatunde Baruwa, playing for Pokilee FC, also thanked the organisers, saying that such take away prizes would encourage them to perform better than in the previous seasons.
“I thank the sponsors of this year’s tournament, and the reward for the winners and I am still appealing to the ex-internationals to come and encourage grassroots football in the country.
“This will not only encourage the players but also take football to greater heights in the country,’’ he said.
Tidesports source reports that 14 teams were on Sunday drawn to groups to kick start the season’s matches at Ogba Ashade Place playing ground.
Group A has Great Achiever FC, Pokilee FC, Iyalode Mangoro FC, Sango Agege FC, and Oloke FC, while in Group B are Unique FC, Baddy Oosha FC, Keke United FC, Ghetto FC, Omo Better FC.
The third group has Getting FC, Scope FC, Adura Obi FC and Successful FC.
Tidesports also gathered that Elephant Cup competition 2019/2020 season will kick off on October 20.