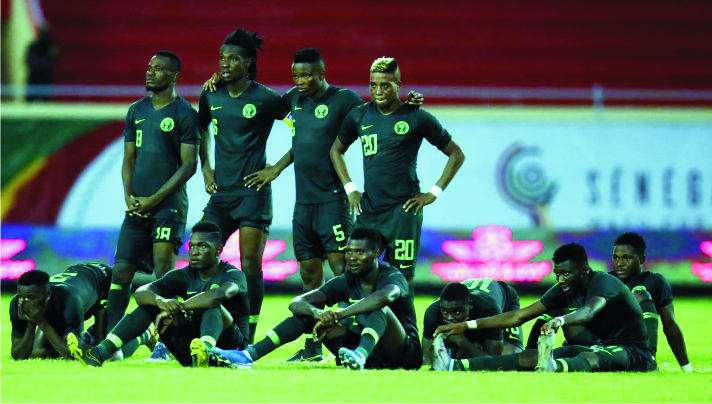 Nigeria’s assistant coach Kennedy Boboye is unimpressed by the team’s performance at the 2019 West Africa Football Union Cup of Nations and admitted it as a failure.
The Super Eagles did not win a game in Senegal before they were knocked out of the biennial competition after defeats to Togo and Cape Verde.
The early exit came as a disappointment for Nigeria who were finalists in the 2017 edition in Ghana.
Boboye described the country’s outing in Thies as awful and he cited various reasons for the underwhelming display.
“It was awful because we came here with the thinking of getting something in this tournament but it didn’t work out the way we planned,” Boboye told Tidesports source.
“I think it is a learning process for us to go back and re-strategise in many aspects of the department that we failed. For me, as far as I am concerned, I think we failed in this tournament.
“The reason we find ourselves in this position was because we did not take our chances in front of goal because we missed so many chances and we conceded some stupid goals that we are not supposed to, which cost us dearly.
“First thing is most of the players are making their first appearance in a big tournament like this. It is a different thing being in a club and being in the national team.
“You can not bring the club attitude to the national team. The tournament is once you are out, you are out it is unlike a league where you can still play the same opponent again. I think we did not take our chances and we were wasteful in front of goal”, he said.
A 2-1 loss to Togo in their opening fixture condemned Nigeria to the quarter-final of the plate competition.
However, they were stunned by Cape Verde who held them to a 1-1 draw at the end of regulation time and later came out victorious with a 3-2 win via penalty shoot-out.
He said: “Anybody that watched the game would know that Cape Verde were no match to the Nigeria team,” the former Sunshine Stars and Plateau United coach continued.
“We played better and we were in control of the game until that equaliser came in.
“Sometimes you lose grip, you cannot be on top of your feet for the whole of 90 or 120 minutes. Sometimes you make mistakes and when it happens, they punish you for it.”
Following the Super Eagles’ defeat to Togo on September 29, head coach Imama Amapakabo revealed the objective in Senegal was to build a team for the future.
The team is largely dominated by the Olympic Eagles who are preparing for the Africa U-23 Cup of Nations in Egypt next month and Boboye is optimistic they will fly the country’s flag high in years to come.
“We’ve got some quality players from this tournament that we think in the next three of four years, they will be better players in the national team. Sometimes, the biggest problem from where we come from is patience,” he said.
“We don’t have patience in building with one instant result. Most of the teams in this tournament have been together for quite some time. We just assembled these players in two or three months and where we come from, they still want magic. These players are like tomorrow’s players for the Super Eagles.”
The early exit might come as a blessing in disguise for Nigeria who now have time to prepare for the return fixture of their clash against Togo on October 18, after a 4-1 loss in Lome last month.
Boboye, a former Nigeria Professional Football League title-winning coach, revealed the tasks ahead of the team as they look to make fans happy again.
“We have two tasks ahead of us now. We lost to Togo in Lome and we have the return leg next week. That is a must-win game for us to take us back to CHAN,” he added.
“The second one is for us to go to Egypt for the U23 Afcon and make sure we qualify for the Olympic. Those are two big tasks for us and I don’t think we will have any distraction than to go back and prepare very well.” 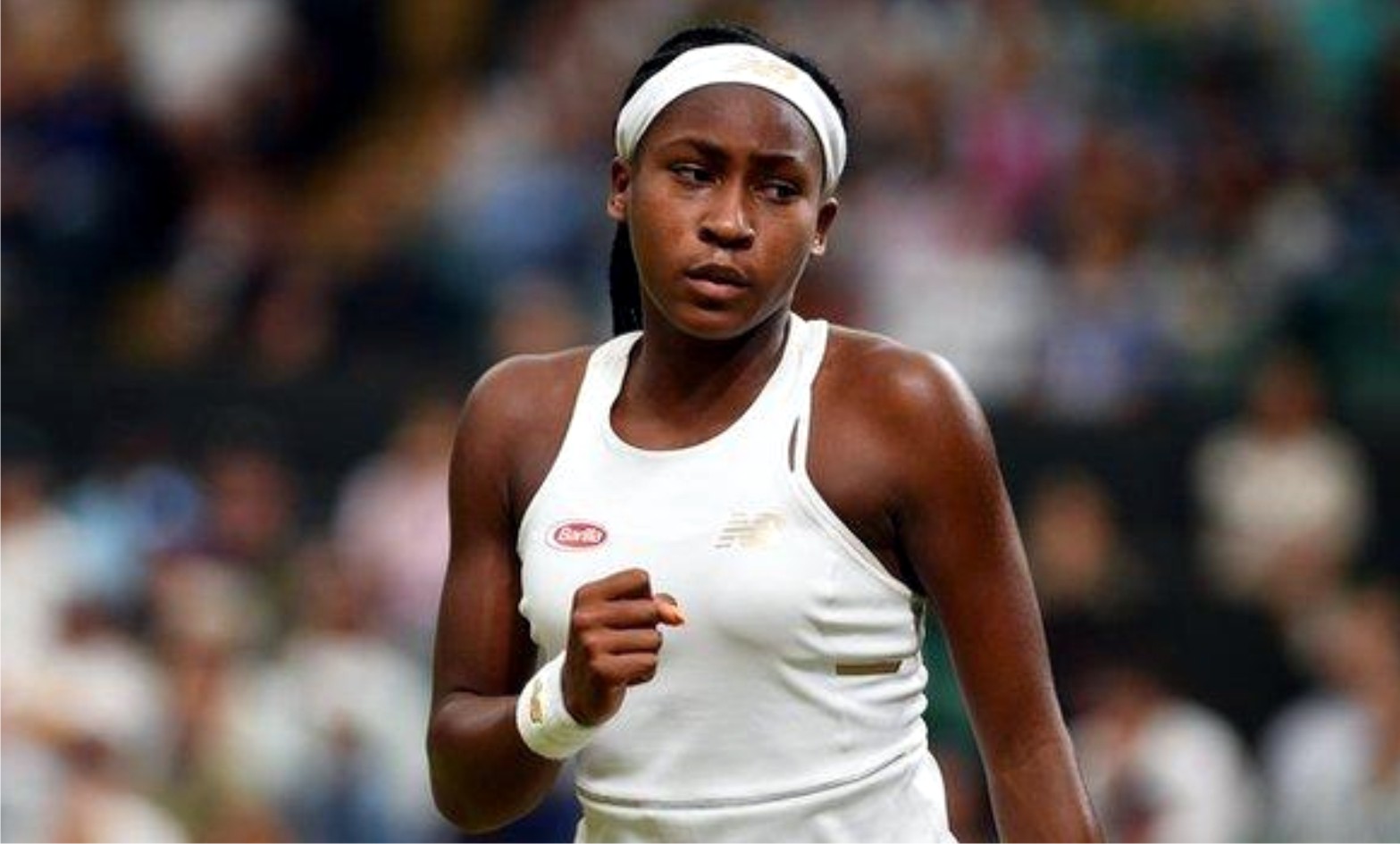 American 15-year-old, Coco Gauff proved last year’s victory over Venus Williams was no fluke when she beat the seven-time Grand Slam champion once again to reach the Australian Open second round.
Gauff announced her arrival last July with victory over her “idol” Williams, 39, in the Wimbledon first round.
And just like last time, she did it in straight sets, winning 7-6 (7-5) 6-3.
Gauff’s celebrations were slightly delayed because she did not realise the final point had been given her way.
“That was really difficult. She played really well and I was really nervous for today’s match – I was a bit shocked when I saw the draw, but glad I was able to get through it,” said Gauff, who was making her Australian Open debut.
“I am feeling great. I really like this court and really like this crowd.”
Gauff will play Romanian world number 74 Sorana Cirstea next.
Gauff, who came through qualifying at Wimbledon and was then awarded a wildcard to the main draw at the US Open in September, was making her first appearance in the main draw of a Grand Slam as a direct qualifier.
Her Wimbledon exploits meant the crowd on Margaret Court Arena were already familiar with her name and they shouted it often during the match against the former world number one.
“I just want to say thank you guys so much, you were chanting my name and I only thought that would happen at the US Open, so it means a lot,” she said.
Gauff had looked to be in control of the first set, breaking in the first game and establishing three set points at 5-3 and 5-4 before being forced into a tie-break, which she won when Williams hit an overhead into the net.
The youngest player in the draw then raced to a 3-0 lead and went on to serve out the match, taking victory on her second match point when Williams the oldest player in the draw rushed to retrieve a shot at the net but could only get to it with a double bounce. 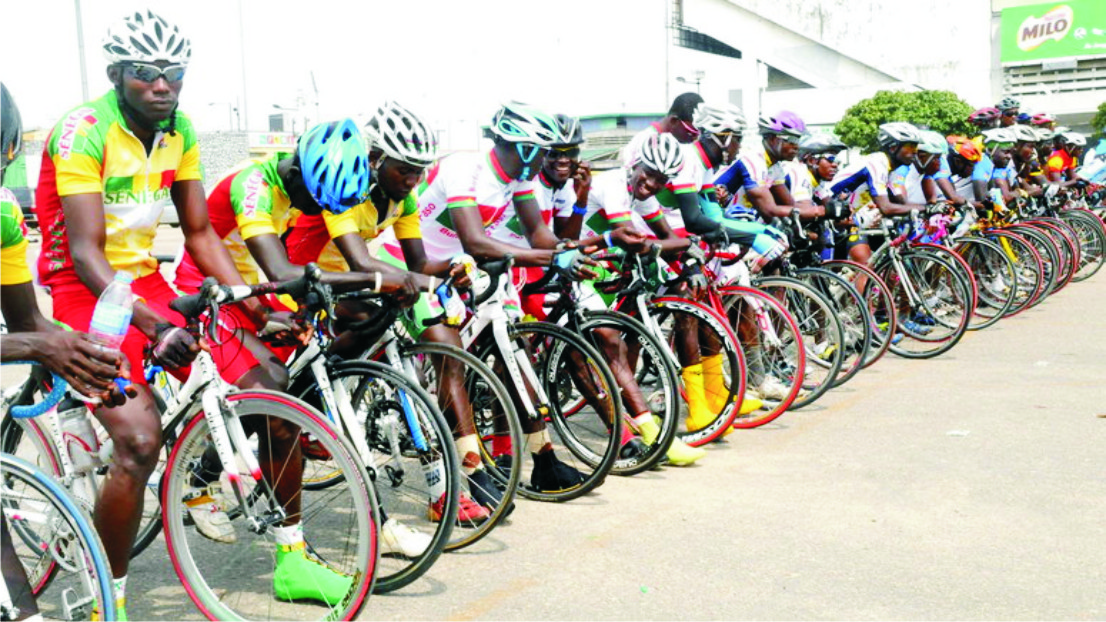 A  state coach, Femi Thomas and a cyclist, Kate Oyewole, on Monday bemoaned lack of activities in the cycling association, calling for a redress to help the sport to develop.
Thomas told newsmen that activities at the association level had been at the lowest ebb in the past three years.
He said that this was due to lack of support from government rather than lack of sponsorship.
”The main problem we have in the cycling association is much more with the sport commission as we are not receiving the right audience needed to push our competitions from it.
”We need the approval of government through the sport commission before we can hold our competitions.
”This is because we will need a road track for the cyclists to compete in the state.
”The road track means that there will be a closure of some roads where we will cycle and ensure the safety of our riders.
”And most times in the past, the meetings with the sport commission on the issue had not been successful.
”The problem is not with having sponsors for our competitions. We do have sponsors who are ready to partner with us, but lack of government’s support through the sport commission,’’ he said.
Thomas said that cycling had the potential to generate more earnings for government from tourists owing to its mass appeal; but, government has yet to tap into its enormous benefits.
”Cycling provides great tourism potential and economic benefits for the state because it is capable of attracting large followers from all over the world.
”It can also be rated side-by-side athletics.
”There are many cyclists around the world that are willing to come to Nigeria and cycle if we organise competitions and invite them.
”Cycling is one of the sports that provide full health benefits for participants.
”If there is a cycling competition in Lagos, many cyclists will come from within and outside of Lagos to see the beautiful city and also have the impression of its economic advantage.
”Sometimes, government used to say that closing of roads is difficult, but we can have the same treatment usually accorded the Lagos Marathon.
”Our competitions can be fixed for weekends when environmental sanitation takes place,’’ he said.
Also, a cyclist, Kate Oyewole, also said that lack of competition among cyclists was demoralising, adding that this had continued to discourage many of them.
She said that in the last three years, they did not have any major competition.
”And the one that we do have once in a month, ‘The Lagos Saddle Challenge’ has failed to hold for two years running.”

Falcons Set To Get New Coach 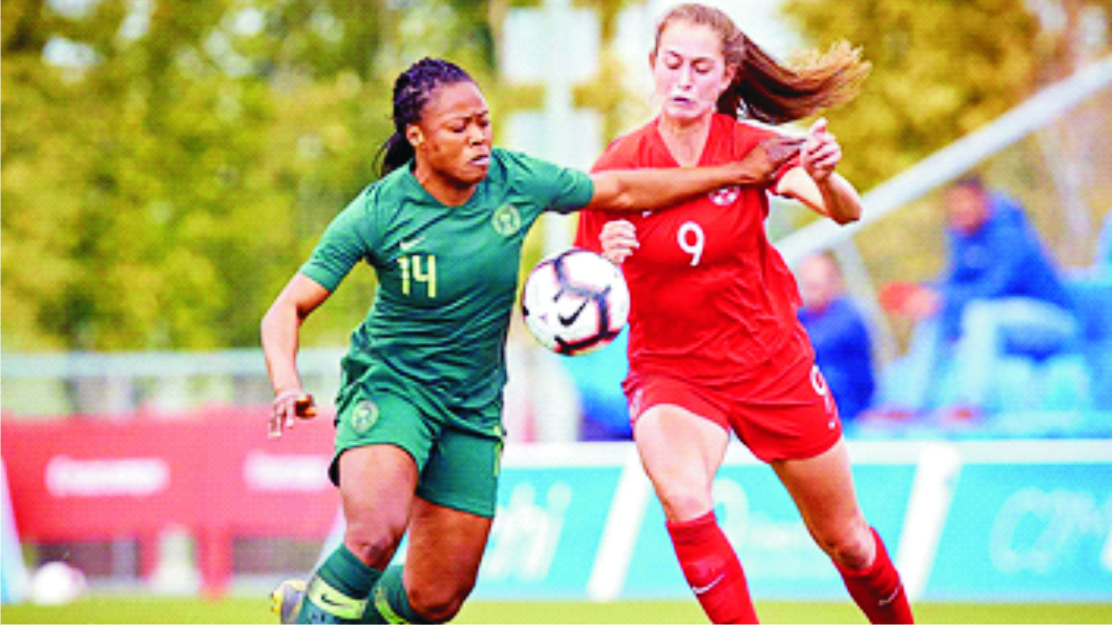 Nigeria Football Federation (NFF) is set to name a substantive coach for Super Falcons with the senior national women’s team in race against time for the forthcoming West African Football Union (WAFU) Women’s Cup of Nations to be held in Sierra Leone between February 25 and March 7.
Organisers of the sub-regional tournament last week confirmed the new date since the designated hosts, Sierra-Leone Football Association (SLFA) were unable to meet up the earlier December 2019 kick-off date.
Speaking on the latest development, NFF scribe, Dr Sanusi Mohammed said effort was being made by the technical department to ensure the Super Falcons were called to camp as soon as possible.
“The federation is aware of the new date for the WAFU Women’s Cup and we have been contacted by the organisers,” Mohammed told newsmen.
“The Technical Department is in charge and I can assure you very soon, the team would be called to camp.
“The tournament is not new to us and Sierra Leone has similar wealthier condition with us.  Our girls are experienced and whoever is going to handle the team will give us the best.
Sanusi hinted that a new head coach for the Super Falcons will be named by the end of the month by the NFF Technical Committee headed by CAF Technical Committee member, Ahmed Yusuf Fresh.
He also informed that the federation was finalising the process of recruiting other national team coaches with PricewaterhouseCooper (PwC) Nigeria.