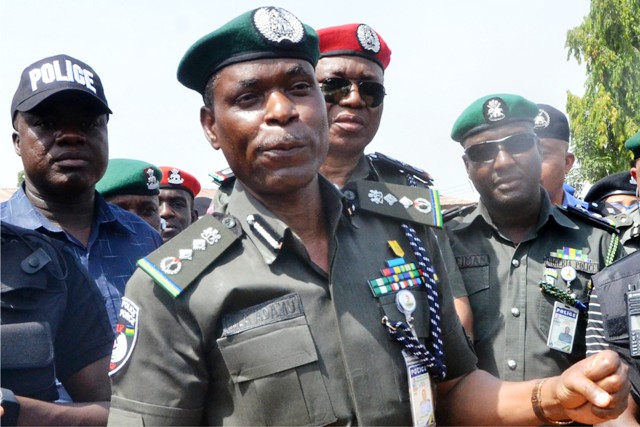 The Inspector General of Police, Mr Mohammed Adamu, has directed officers and men of the force to, henceforth, declare their assets.
Adamu gave the directive in Abuja when members of the Board of Code of Conduct Bureau (CCB), led by its Chairman, Prof. Mohammed Isah, paid him a courtesy visit, yesterday.
Adamu noted that declaration of assets of public officers was compulsory, and failure to do so was against the law.
“We are aware that declaration of assets is mandatory for all public officers, and not doing so means you are breaking the law.
“We want to assure you that we will assign an office to be responsible for that, and they will make sure that all our officers and men comply with this directive.
“This will ensure that we have one channel so that whenever you want to check, it will be easy.
“So, officially, the office that will be responsible for this is the office of the Commissioner of Police, Research and Planning while the Deputy Inspector General of Police, Research and Planning will oversee their activities,” he said.
The IGP added that the collaboration of both organisations (CCB and Police) was important for them to discharge their respective duties effectively.
Earlier, the Chairman, Code of Conduct Bureau (CCB), Prof. Mohammed Isah, had noted that the assistance of the police was required to enforce the code of conduct on all public officers.
While commending the IGP for declaring his assets, he added that the bureau could not execute court orders on its own.
“The Code of Conduct Bureau has the investigative powers but this power cannot be achieved alone.
“We need to cooperate, share information and collaborate to achieve our mandate,” he pleaded with the IGP.
Speaking further at another event, the IGP said the Nigeria Police Force has bad image in the eyes of most citizens.
Adamu stated this, yesterday, in an address he presented at the opening ceremony of the Police Public Relations Officers’ Conference at Agulu, Anambra State.
The conference was themed, ‘Public Relations Strategies and Communication Skills.’
Represented by an Assistant-Inspector General of Police, Baba Tijjani, the IGP said it was in realisation of the bad image of the force that his administration was embarking on image laundering activities to re-position the police.
His statement reads in part, “It is s my pleasure to welcome you all to this very important occasion which is the opening ceremony of a four-day intensive capacity building workshop for Police Public Relations Officers in Nigeria, comprising the Police Public Relations Officers from the 36 States of the Federation, the FCT, 12 Zonal Police Public Relations Officers as well as Staff Officers of the Force Public Relations Department, Force Headquarters, Abuja.
“The workshop is part of my administration’s commitment to the enhancing the capacity of officers whose primary responsibility it is to manage the image and information dissemination process towards re-positioning the Nigeria Police and changing the uninformed perceptions and faulty narratives about the Nigeria Police Force.
“This is with a view to rebranding the Force,” Adamu added.
He noted that experts have asserted that there is an “intertwining relationship” between public perception and the effectiveness of the police to attain its internal security mandate.
“The import of this is that our ability to win over public trust and confidence as a pathway to crime management is precedent on the capacity of you, the officers, to rebrand the police and project it positively to the citizens.”
However, anger is building up within the ranks of police officers, which may snowball into a protest due to the stalling of promotions and retirements as a result of the face of with the Police Service Commission (PSC) over the recruitment of 10, 000 constables, it has gathered.
Following a meeting of the management of the PSC with the Joint Staff Union of the commission over the recruitment imbroglio, the union had demanded the suspension of all promotions and recruitments and other activities as it pertains to the police until all the issues are resolved.
A source in the commission said, yesterday, that the development had led to the stalling of many promotions and retirements, which were still being processed thereby creating feelings of disaffection among those affected.
The source said: “The staff union of the commission insisted that the commission must suspend all activities that concern the police until the matter is resolved.