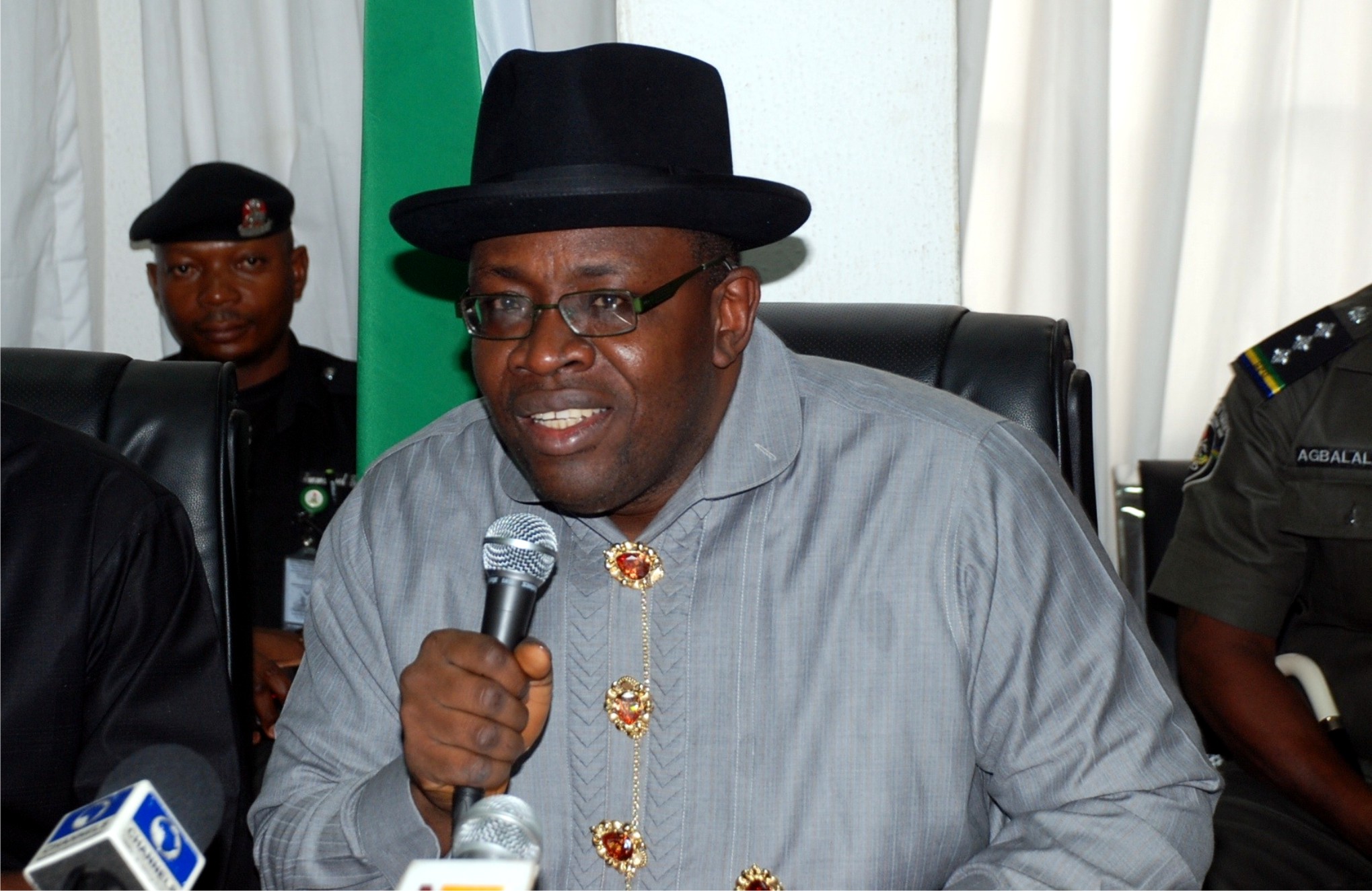 Governor Seriake Dickson of Bayelsa State has urged the Minister of State for Petroleum, Chief Timipre Sylva, to use his position to attract development to the state and not use ‘federal might’ to cause violence during the November 16 governorship election.
The Tide reports that Dickson stated this last Monday in Yenagoa during the official flag-off of the Peoples Democratic Party (PDP) governorship campaign in the state.
He urged Sylva, a former governor of the state, to realise that it was time to bring back the Brass NLNG, Brass fertilizer project and other infrastructure, which would impact positively on the lives of an average Bayelsan.
The governor insisted that PDP would win the governorship election, based on his achievements and performance in governance, which, he said, had made the party very popular among Ijaw people.
He explained that the party’s governorship candidate, Sen. Douye Diri, had garnered the requisite experience in governance and was, therefore, prepared to take over the mantle of leadership and continue with the giant strides that PDP was known for in the state.
Dickson said: “I want to advise the leader of APC, Timipre Sylva; while we know he is a politician, let him not forget to bring our needed development to us.
“This is the time to bring back Brass NLNG, which is in his local government, and the Brass Fertilizer; this is the time to work with me and the government of Bayelsa to bring infrastructures to this state.
“Let him not use ‘federal might’ for politicking only; federal might is meant for development. We, on our part, are doing our best; everything you have here is courtesy of the PDP government.
“From Alamieyesigha to our former president; and even Sylva, some of the good things he did was done under the PDP government; since he went to the other side, he has not added any value to our state.
“But he has the opportunity now, and we thank the president for appointing him. Let him not use that federal might to bring soldiers and police to kill and intimidate us during election again as it was used in 2015.
“We heard people saying that Bayelsa State can be won by APC; what you see here is a tip of the iceberg. It will take you one hour to get here; it’s like this in every local government, ward and community; this state is totally PDP”.
The governor cautioned the Independent National Electoral Commission (INEC) and security agencies against intimidation and harassment of the electorate.
“Please don’t use your power to advance the evil ambition of any politician; our state has been peaceful, and we will continue to work with security agencies to make it even more peaceful,” he said.
Dickson asked the people of the state to form themselves into units, adding “that is how we will continue to defeat the ‘federal might’.