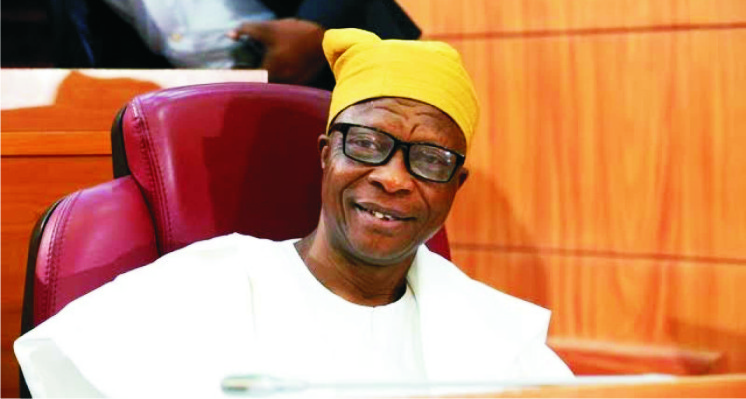 A Lagos lawmaker, Mr Bisi Yusuff, last Monday, urged the federal and state governments to provide quality primary healthcare centres (PHCs) for local governments in the country to address the health challenges of the people.
Yusuff, a third-term lawmaker, representing Alimosho Constituency I in the state House of Assembly, made the plea at the grand finale of the seventh edition of free health mission by his foundation “Prince Hope Turns to Reality Foundation”.
The lawmaker, who noted that the annual outreach was to mark his birthday, added that with the number of patients who besieged the six venues of the health mission in Alimosho council area, there was a lot to be done in the area of primary healthcare.
He said that the gesture was geared towards creating a system that would continually support the most vulnerable in the society, increase access to quality healthcare, better education and improved social wellbeing.
“We have three levels of government, and the primary healthcare centres (PHCs) belong to the local governments, hence the need to empower the government at the grassroots to provide quality primary healthcare for the people”, he said.
“They should focus on this seriously. As a former local government chairman, I established many PHCs and today, three of them have turned to semi-general hospitals.
“This is what we are talking about. They (government at the grassroots) should spend part of their resources on this,” he said.
According to him, the mission has been able to attend to over 300 surgical operations, while the target is about 500, with 25 doctors and surgeons on ground.
Yusuff added: “All praises and adoration go to the Almighty. I was marvelled with the success of this year’s edition.
“People came in multitude from far and near, which shows that we have a long way to go in healthcare in Nigeria. I give the doctors credit for what they have done for me.
“About three people came with hunchbacks that were as big as calabash and they were removed. One of them had had his own hunchback for over 35 years. It was a perfect job.”
He said that the mission, which lasted for five days, began from Ipaja-Ayobo Local Council Development Area (LCDA), the permanent venue for all surgeries, and later extended to other LCDAs in Alimosho constituency.
The lawmaker said that the health mission covered hernia, ganglion, lumpectomy, keloid and other operations, while free eye screening and eye glasses were provided to those having eye challenges.
According to him, the mission also covers checking of blood pressure, treatment of malaria, HIV, Hepatitis and inoculation, among others, adding that more than 30,000 people have so far been attended to.
He challenged health professionals to find cure for some rampant diseases, adding “we should know the root cause of diseases like hernia, keloid and others.
“We must have research centres to know the causes of these diseases. I challenge the professors of medicine and medical experts to look into this,” he said.
An 11-year-old beneficiary of hernia surgery, Isaiah Ibiyeye, who came from Ojo constituency, told newsmen that the lawmaker had successfully borne the burden of his parents through the free health mission.
Ibiyeye, a Basic Five student, who prayed for the lawmaker, urged him to continue with his good work for the less-privileged.
The mother of young Ibiyeye, Mrs Adeola Ibiyeye, who noted that the lawmaker had carried a burden of more than N40, 000 for her family, urged other politicians to always remember the masses.
Also speaking, Mr Kamarudeen Tijani, a beneficiary of Lipoma surgery, said that he had been suffering from the ailment since 1996, urging the lawmaker to continue to help the vulnerable.