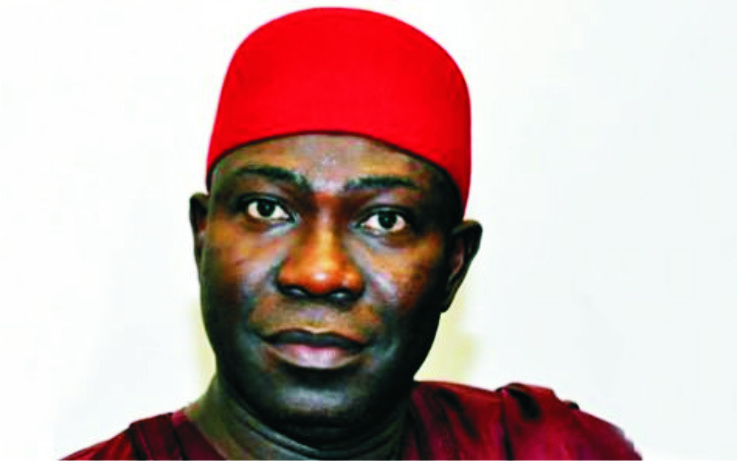 Senator Ike Ekweremadu, the representative of Enugu West in the Senate, says that no constituency project will be abandoned in the district.
Ekweremadu, who was reacting to allegations of abandoned projects in the constituency, said Enugu West remained foremost on implementation of constituency projects in the country.
The senator’s Special Assistant on Projects, Mr Jonathan Ivoke, said the former deputy president of the Senate, challenged any person who cared to come for a tour of the constituency and other projects which he attracted to the district.
He said: “The Ogwuma rural road rehabilitation project was first included in 2017 Zonal intervention project under Sustainable Development Goals (SDG) in the Presidency.
“Unfortunately, it was not awarded by the Presidency due to lack of funds.
“It was then rolled over to the 2018 budget under Ministry of Environment and awarded.
“The work involved is restoration of eroded surface and laying of asphalt and it is on-going.
“Umuhu Owelli erosion control project is on-going, asphalt was laid before the rains and will continue after the rains because it is also included in the 2019 budget.
“The Amata, Ituku erosion control project is also on-going, some drainage work has just been done, awaiting asphalting immediately after the rains.
“The road project at Mgbowo attracted by Sen. Ekweremadu has since been completed by the Federal Roads Maintenance Agency (FERMA) and commissioned.  “This can easily be verified from anybody from Mgbowo.
“Equally, at Ogboli Awgu, earth works, drainage and asphalt were done as at 2017 budget year under Anambra Imo River Basin Development Authority (AIRBDA) before funding problems set in, but surely it will be completed.
“The Youth Development Centre, Awgu, has since been completed through our modest efforts and handed over to the National Open University of Nigeria (NOUN) for use as their Study Centre in Enugu West.
“Maintenance, specifically clearing and fumigation, was done by the Ministry of Youth and Sports and it is now the responsibility of NOUN to maintain the facility.
“Our Enugu West Water for All Programme is also very effective and functional. With the drilling machine we acquired, we have done two boreholes at Mgbowo and one each at Ogugu, Agbogugu, and Ogbaku all in Awgu in the last two weeks alone.
“We have also done four in Ezeagu Local Governor Area, six in Udi LGA, and four in Aninri LGA. We have installed overhead tanks and fetching points at three sites and we are working on the rest.”