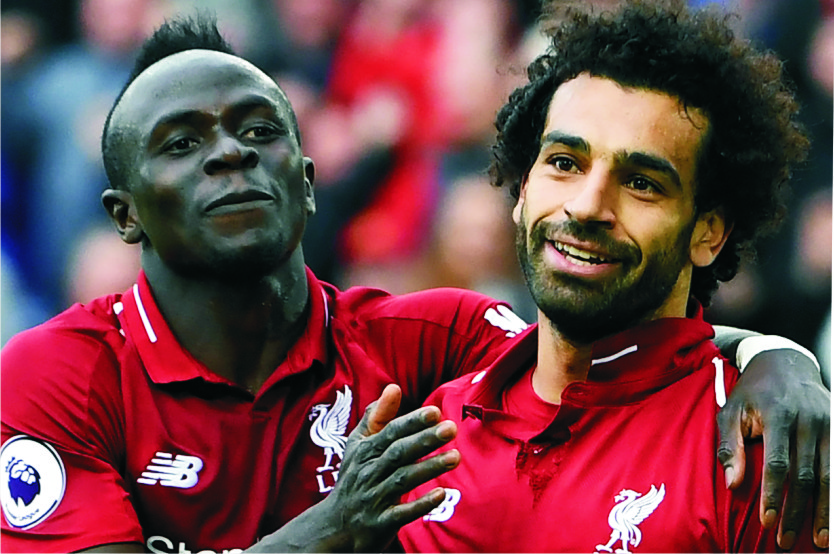 Samuel Eto’o has said that there were two African stars who deserved to win the Best Men’s Player prize more than Argentine star, Lionel Messi at the FIFA Awards.
The ex-Cameroon international, who recently announced his retirement, believes Egypt star, Mo Salah or Senegal forward, Sadio Mane would have been more worthy winners.
“The best one for me is Mohammed Salah or Sadio Mane. But they’re not here,” Eto’o said in a terse interview before walking away from the camera, during the awards ceremony on Monday.
Messi pipped Cristiano Ronaldo and Virgil van Dijk to the top prize in a victory that was a surprise for many, despite the Barcelona star’s obvious quality.
Only one African player has ever taken home the trophy when Liberian George Weah was the best player in 1995.
Meanwhile, the Liverpool forwards, Salah and Mane have become a source of inspiration to millions of children in Africa, according to former Reds midfielder Mohamed Sissoko.
The frontmen shared last season’s Golden Boot, with Arsenal’s Pierre-Emerick Aubameyang, having scored 22 Premier League goals as they pushed eventual league winners, Manchester City to the death in the title race.
They were also instrumental in the Merseyside club claiming the Champions League, after defeating Tottenham Hotspur 2-0 in an all-English final at the Wanda Metropolitano in June.
While Salah and Mane did not make it to the podium of the Best Fifa Men’s Player, they were ranked fourth and fifth, respectively, in the top 10.
Sissoko, who won the European Super Cup with the Reds in 2005, believes the Egyptian and Senegalese are inspiring hordes of children with their achievements on the pitch and humility off it.
“These two players [Salah and Mane] are amazing, they score a lot of goals, they give Liverpool a lot of energy, pace,” the 34-year-old told Tidesports source.
“I think they give a big image for Africa. To be honest, I’m very proud of these two players.
“I’m proud of all the team, but especially Mo Salah and Sadio Mane. They give a good image of Africa for the future generation – this is important.
“In my time, a lot of people wanted to be Sissoko. In this time, a lot of people want to be Mo Salah, Sadio Mane!”
Both players have scored four league goals apiece to maintain Liverpool’s unblemished start to the campaign, which sees them sit on top of the table with six wins from six games.
Neither player scored in Sunday’s 2-1 defeat of Chelsea at Stamford Bridge, which was their 15th successive league win, dating back to last season.
They face MK Dons in the Third Round of the Carabao Cup today as they seek to avoid the ignominy of an early Cup exit at Stadium MK.
Salah and Mane are expected to feature when Liverpool return to league action against Sheffield United in Saturday’s lunch-time kick-off.