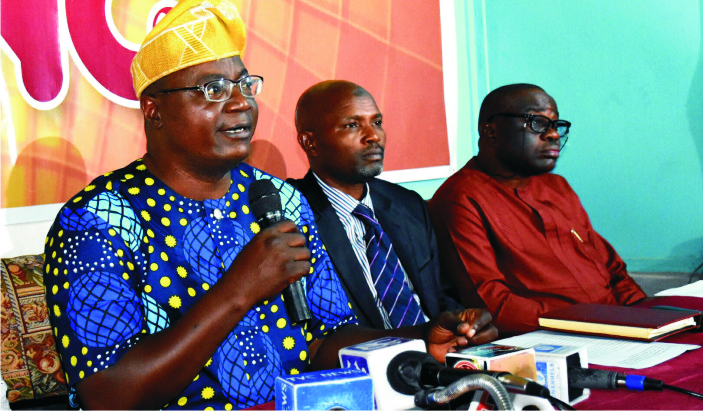 Following the death of a middle-aged man caused by flooding in Iriebe Community in Obio/Akpor Local Government Area of Rivers State, some prominent indigenes of the community are calling for urgent intervention by the authorities to forestall further loss of lives.
Sources informed The Tide that, the deceased who hailed from Akwa-Ibom State, was allegedly bitten by a snake while walking through the water which has continued to rise.
According to the source, some parts of the community had been sacked by the flood with over 2000 persons displaced.
The worst affected areas include, School To Land areas, housing estate area and Shell location road. The rest are; low cost housing estates and the road leading to Umuebulu, trailer park areas around The Adolescent Programme (TAP) and the interlocking road.
Some prominent indigenes of the community who spoke to The Tide on the incident, said more lives may be lost as reptiles have continued to swim around the community.
They also alleged that some private schools in the community have closed down, while health facilities are also affected.
The paramount rulers of Iriebe community, Eze Jeremiah Worenwu, told The Tide that the flooding this time around is the worst in the area.
According to the paramount ruler, the situation is not only serious, but critical stressing that people are leaving the community in droves as a result of the situation.
He said the rising level of water is threatening neighbouring communities of Umuebulu and Igbo Etche, and called for urgent government intervention.
Also speaking, another prominent indigene of the community, Chief (Dr) Godwin Ollah, said Iriebe has been cut off from the rest of the state.
Ollah said there is no road in the community that has not been affected, adding that villagers now see snakes and other reptiles swimming round the community.
He however blamed the situation on the incessant rainfalls, lack of drainages and the on-going construction of the Port Harcourt/Aba express road by the Federal Government. According to him where drainage is higher than the existing surfaces, there is a likelihood that such a place will experience massive flooding.
The community leader who is the chairman of the Peoples Democratic Party (PDP) in the community, called for government intervention to forestall further loss of lives and property.
Meanwhile, the National Emergency Management Agency (NEMA) said, it would visit the community to undertake assessment of the level of destruction caused by the flood.
South South Zonal Head of NEMA, Mr. Walson Random, told The Tide in a telephone interview that the agency would undertake an on-the-spot assessment of the situation before recommending for relief materials.
Effort to reach the Permanent Secretary, Ministry of Environment proved abortive, as he was said to be out of town.
Meanwhile, the Africa Global Development for Positive Change Initiative (ADI) has called for collaboration between the Rivers State Government and the National Emergency Management Agency (NEMA) to save the situation in Iriebe.
The Executive Director of the organisation, Princess Dan Mbachi told The Tide in an interview that the situation at Iriebe demands urgent government attention.
He said that the government should not only take measure to create drainages in the community but sensitise the people on the importance of maintaining a clean environment.