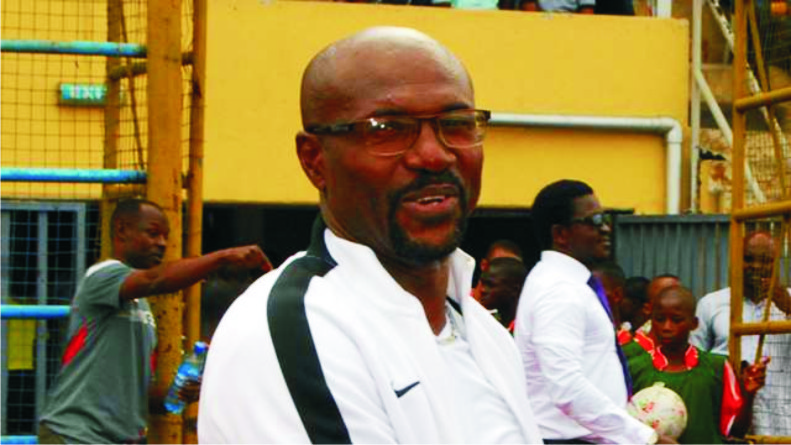 Nigeria under-23 head coach Imama Amapakabo will lead the home-based Super Eagles, known as Eagles B.
The team will travel to Lome for the first leg of the 2020 African Nations Championship qualifying fixture against Togo on Sunday.
The Nigeria Football Federation (NFF) released the following statement:
“As a way of preparing the U23 boys for the third U23 AFCON finals holding in Egypt 8th – 22nd November (for which the team qualified after defeating Libya and Sudan in qualifiers), the Nigeria Football Federation has decided that the U23 squad, without the overseas –based professionals but with a number of home –based Trojans added, prosecute the CHAN qualifying fixture.”
“Amapakabo’s charges have another ample pre-AFCON preparatory platform awaiting at the 2nd WAFU Cup of Nations, holding in Thies, Senegal as from 28th September. The Federation Togolese de Football (FTF) has scheduled Sunday’s encounter for the Stade de Kegue in the country’s capital city, starting from 4pm.”
“Also, the Confederation of African Football has selected officials from Benin Republic to superintend the match, with Adissa Abdou Raphiou Ligali as the referee. His compatriots Eric Ayimavo Ayamr Ulrich, Kodjori Sylvain Ogoudedji and Seraphin Sourou Adounsi Sourou will serve as assistant referee 1, assistant referee 2 and fourth official respectively. Mr. Frederick Eric Crentsil from Ghana will be the match commissioner.”
Nigeria finished as runners-up of the last edition of the African Nations Championship held in Morocco early last year, having also picked up the bronze medals in South Africa in 2014.
Cameroon will host the sixth African Nations Championship in June 2020.
Meanwhile, the qualification process for the 2020 African Nations Championship (CHAN) hosted in Cameroon will resume on Friday, 20 September 2019.