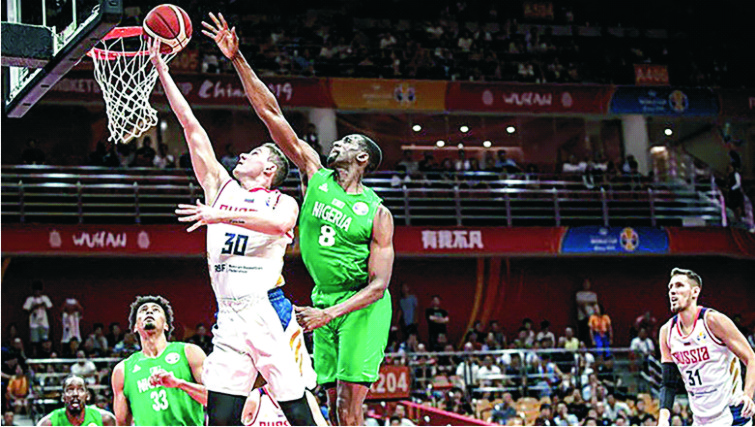 The senior men and women’s 3×3 basketball teams, as well as the under-18 boys and girls teams, have began camping in Abuja, the Nigeria Basketball Federation (NBBF) said on Monday.
Afolabi Oni, the federation’s spokesman, disclosed in a statement that the 3×3 teams’ camping was in preparation for the 2019 3×3 FIBA Africa Nations Cup.
Tidesports source reports that the Nations Cup is billed for Kampala in Uganda from Nov. 7 to Nov. 11.
“The Kano Pillars duo of Okoh Lucky Subel and Godwin David were invited to camp alongside Abuchi Ibe Agu and Anyaoha Wisdom of Gombe Bulls.
“Also, Koko Victor Antony (Rivers Hoopers) and Ndibe Emmanuel complete the list of invited players for the camping which opened on Sunday.
“The team is camping to prepare with the hope of improving on the bronze medal it won at the 2018 edition of the competition,’’ Oni said.
The spokesman also said First Bank’s Okoro Ifunanya, following a solid performance at the African Games in Morocco, earned another call-up.
“She had been invited to camp alongside national teammates Kelani Sumbo (First Bank) and Umeh Gloria (Plateau Rocks).
“Agbotan Success (Delta Force), Okah Chinwe Hope (Air Warrior) and Theresa Mac-Dangosu (Abuja) complete the list of players invited for the women’s team,’’ he said.
Oni also listed players invited to the under-18 boys team to include Oyebanji Mustapha (Kwara Falcons), Odufuwa Kanyinsola (Hoops and Read) and David Adetutu (Abuja City Chiefs).
“The rest are Emmanuel James (Abuja City Chiefs), Godwin Peace (unattached), Samaila Antibas (unattached), Michael Ayodele (unattached), Oyedokun Olamilekan (UNILAG) and Akomolafe Oyekanmi (UNILAG).’’
The NBBF spokesman further stated that the under-18 girls invited to camp include Onuorah Chika (First DeepWater), Agba Agatha (Benue Princess) and Joseph Godgift (MFM).
“Others are Ezebilo Grace (MFM), Gbihi Cynthia (Dolphins) and Okeke Chidinma (Dolphins), and they were all invited after a strong showing at the recently-concluded second phase of the Zenith Women Basketball League.
“Also, those called up include Linda Adejoh (Blackgold Queens), Omaga Olivia (Air Warriors), Ubi Majomary (Dolphins) and Nwachukwu Ifunanya (First Bank) to complete the list of 10 players invited to the under-18 girls camp.’’ Oni disclosed that Acha Chris, Christopher Okoh, Juliana Akhere and Nnorom Mark will be in charge of the teams, while Simon Evbuoman has been picked as the accompanying referee.

NYG: Ministry To Use Passport For Screening