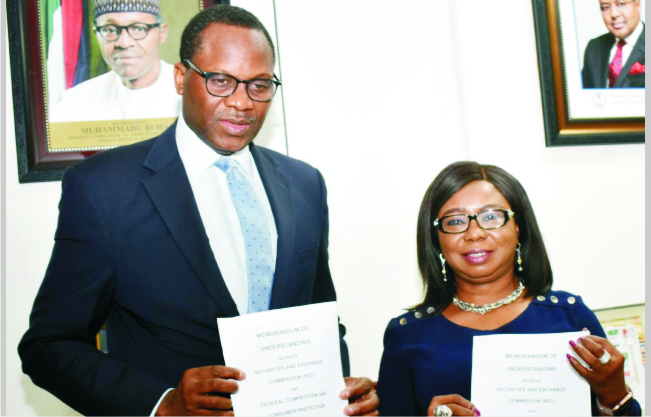 Some financial experts in the country on Wednesday have faulted the 7.2 per cent Value Added Tax (VAT) approved by the Federal Executive Council (FEC).
(NECA), in a statement yesterday, said that the VAT increment from five to 7.2 percent would make nonsense of the recent increase in minimum wage.
VAT is a consumption tax payable on goods and services consumed by individuals, government agencies and business organisations.
The association, cautioned the Federal Government against the timing of the VAT increment.
“The benefits of the recently signed National Minimum Wage of N30,000 would be neutralised by the proposed increase in the VAT, further reduce the purchasing power of the citizens, leading to increase in prices of goods and services, resulting in upward movement of the inflation rate, and further contraction of the economy,” the Director-General, NECA, Mr Timothy Olawale, said.
He added that the proposed increase in the VAT could lead to closure of businesses that ought to be supported by government in reducing the alarming unemployment rate in the country.
The Minister of Finance, Budget and National Planning, Mrs Zainab Ahmed, had announced the approval of the new VAT rate after the FEC meeting in Abuja on Wednesday, saying consultations are in process over when the new rate would apply.
She explained that stakeholders, including the National Assembly and the states, would have to agree on the date.
The minister stated that the VAT Act would also have to be amended by the National Assembly before the commencement of the new rate, which she said could be sometime in 2020.
A financial expert and Managing Director of Cyber1 Systems Network International, Mr Momoh Aliyu, has also faulted the VAT, increment, saying it will negatively affect the cost of living in the country.
Aliyu said in Abuja, yesterday that such increase could also casue a drastic reduction in consumption, thus reducing investments and business expansions.
According to him, VAT is usually shared among three tiers of government, and if the Federal Government is increasing it to pay salary, then, that would be unfortunate and inimical to economic growth.
“Vat in general perspective in Nigeria is shared with four per cent net to FIRS, 50 per cent to states, 35 per cent to local governments and 15 per cent to the Federal Government.
“With this development, only few states like Lagos, Kano, Rivers and FCT will have the impact positively, as they will have huge chunk of the money because they contribute 85 per cent of the VAT revenue in the country.