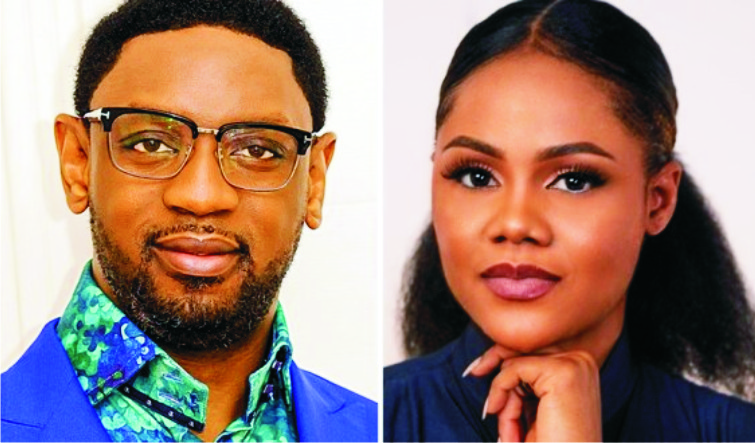 Nigerians have taken to twitter to react t o the news that Busola Dakolo, wife of musician, Timi Dakolo has requested for the sum of N10 million from Pastor Biodun Fatoyinbo of Common Wealth of Zion Assembly, whom she had accused of raping her while she was a teenager.
Busola Dakolo, wife of popular musician, Timi Dakolo, has tendered her demands before a Federal Territory High Court in Abuja on her rape case against Biodun Fatoyinbo, Senior Pastor, Commonwealth of Zion Assembly, COZA.
The Court on Monday summoned Fatoyinbo and Mrs. Dakolo to appear before it within 14 days.
Busola, the wife of music star, Timi Dakolo, had made some explosive disclosures about COZA Pastor, Biodun Fatoyinbo.
She accused the cleric of raping her when she was still very young.
She told the High Court that the rape had adversely affected her marital sex life and demanded a letter of apology from Fatoyinbo to show remorse action.
Fatoyinbo had since denied the allegation and was recently grilled by the police in Abuja over the issue.
Mrs. Dakolo, in a suit filed on her behalf by her lawyer, Pelumi Olajengbesi and Co of Law corridor, demanded that the court declare that the pastor’s denial of his alleged acts contained jointly and/or severally through a press statement he released on June 28, 2019, had caused her continuous emotional distress and amounted to intentional infliction of emotional distress on her.
Olajengbesi said, “The claimant a vers that she was immediately terrified and in shock while the defendant pinned her down on the couch following which he caressed her body, fondled her breasts, pulled her pants, quickly half-pulled his trousers and ordered her to allow him to have his way with her.
“The claimant avers that the defendant in the process used his hand to cover her mouth, thereby muffling her screams. The claimant avers that the defendant made efforts to penetrate her vagina, whilst she struggled to fight him off; however, the defendant overpowered her and penetrated her vagina and had sexual intercourse with her.
“The claimant avers that while she was in shock of the incident which had rendered her befuddled and mortified, the defendant rushed out of the living room area of her family home and briefly returned with a bottle of soda (Krest) which he forced down her throat thereby making her breathing difficult.”