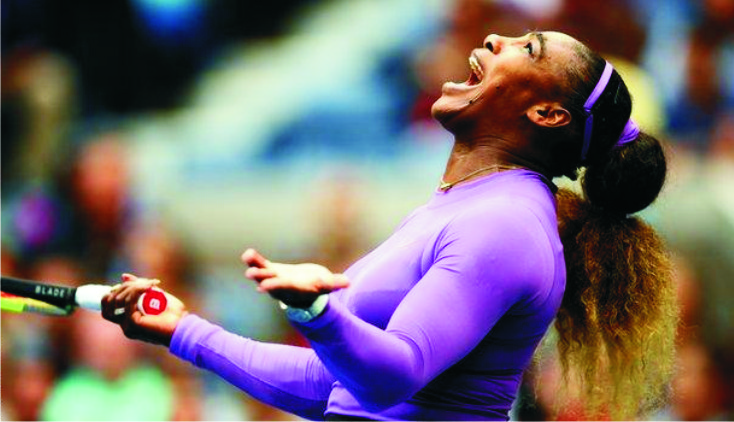 Serena Williams branded her performance in the US Open final “inexcusable” and said it was the “worst match” she played during the tournament.
Williams, who turns 38 later this month, was beaten 6-3 7-5 by Canadian 19-year-old Bianca Andreescu, whose win marked her first Grand Slam title.
Defeat means American Williams is still chasing a record-equalling 24th major.
“I believe I could have just been more Serena today,” said Williams, a six-time champion at Flushing Meadows.
“I honestly don’t think Serena showed up. I have to kind of figure out how to get her to show up in Grand Slam finals.
“It’s inexcusable for me to play at that level,” she said.
Andreescu, in the main draw in New York for the first time, dominated a 43-minute opening set to stun a partisan Arthur Ashe Stadium, going a break up in the very first game.
The 15th seed held match point at 5-2 in the second set before Williams staged an attempted comeback, winning five successive games.
“I was just thinking, honestly at that point, wow, this is terrible,” said Williams. “Like you got to play better. I have to do better.
“I just couldn’t go down like that, so I just wanted to play a little bit better.”
Andreescu broke Williams’ serve for the fourth time of the set to wrap up the win, making her the first Canadian to win a Grand Slam singles title and the first teenager to do so since Maria Sharapova at the 2006 US Open.
Williams remains on 23 Grand Slam titles, one short of Australian Margaret Court’s all-time record.
“I’m not necessarily chasing a record. I’m just trying to win Grand Slams,” Williams said.
She said “It’s definitely frustrating. But for the most part I just am still here. I’m still doing what I can do.”
Williams has now lost her last four Grand Slam finals, last winning in Australia in 2017 before the difficult birth of her daughter later that year.
In 2018, she lost the Wimbledon final to Angelique Kerber before a controversial US Open final defeat by Naomi Osaka, and was beaten in this year’s final at the All England Club by Simona Halep.
Williams said her successive falls at the final hurdle were “truly frustrating” but vowed to keep going.
“Kerber doesn’t count because I was exhausted,” she said. “My baby was eight months, and that’s tough.
“But all of it honestly, truly is super frustrating. I’m so close, so close, so close, yet so far away.
“I guess I’ve got to keep going if I want to be a professional tennis player. And I’ve just got to just keep fighting through it.
“I definitely did better than I did against Halep,” she said.